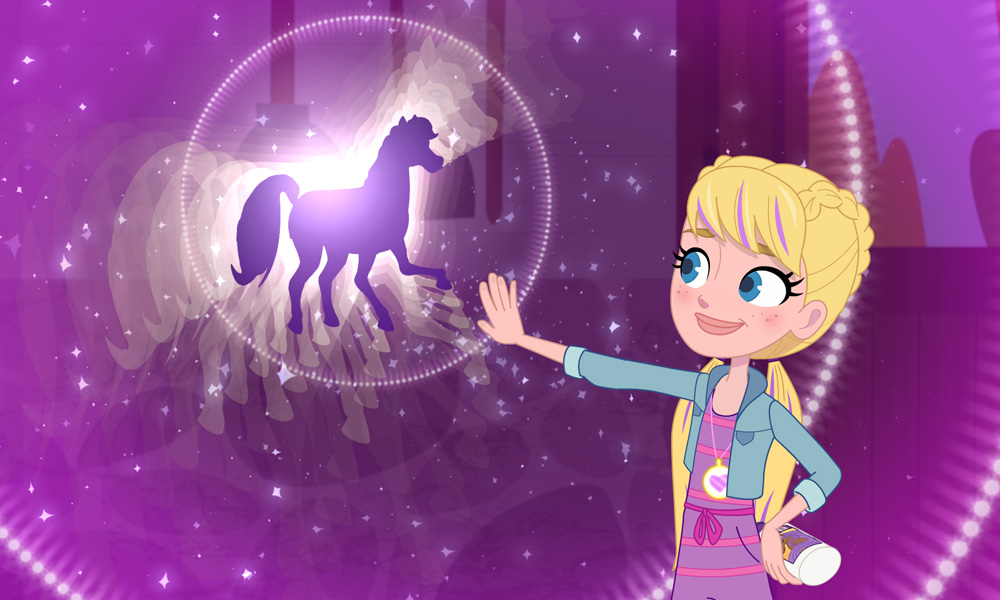 There’s no time to horse around in this new sneak peek at Mattel Television’s Polly Pocket: Rainbow Funland Adventures! The third season debuts this Wednesday, September 19 with 13 episodes on Netflix (U.S.), with even more miniaturized adventures to follow early next year.

With her little power, Polly Pocket is ready to make a big difference in the lives of the people around her-from adorable animals in her neighborhood to new friends she welcomes into her life. As the season progresses, Polly’s adventures continue to the fantastic theme park Rainbow Funland. With friends by her side and a magic rocket around her neck, this theme park is in Polly Pocket. It will be a paradise!

Based on the toy line by Mattel, Polly Pocket premiered on Universal Kids (U.S.) and Family Channel (Canada) in 2008. The series features the voices of Emily Tennant as Polly Pocket, Shannon Chan-Kent as Lila and Cherlandra Estrada as Shani.

Stuff We Love: An End of Summer Harvest of Discs, Books & Goodies
TUDUM Recap: Trailers, First-Looks & Even More ‘Witcher’ Animation in the Works