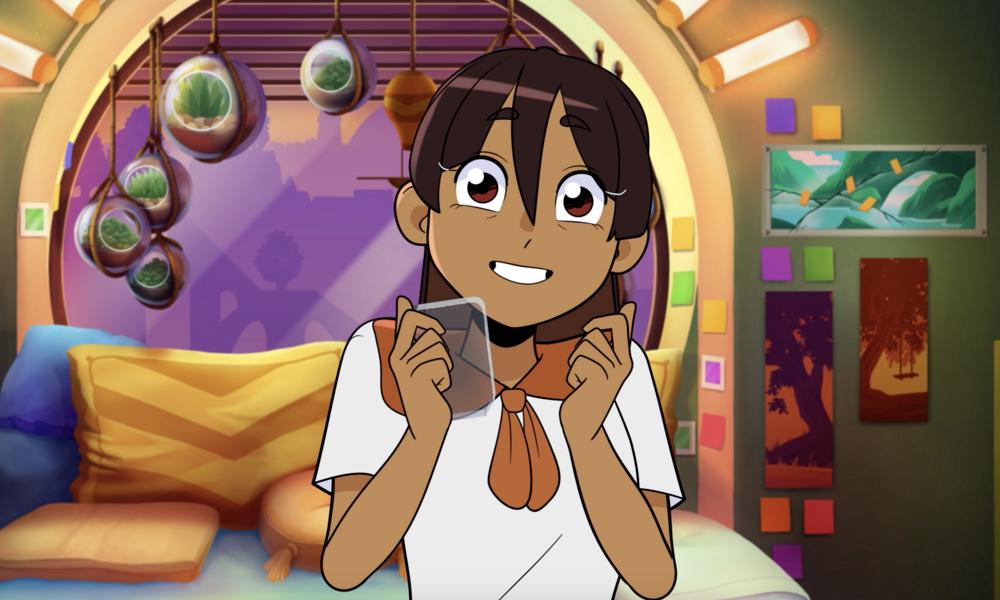 Rooster Teeth revealed a first look at Recorded by Arizal with a sneak-peek clip this week, and blew up Twitter with more than 12K likes and 2.7K retweets. In case you missed it, check out the 26-second video which reveals Rooster Teeth’s newest lead character, Arizal — a hopeful Record Keeper in the making. The series debuts July 13.

Recorded by Arizal is the latest 2D animated production from Rooster Teeth. The series follows Arizal, an inquisitive could-be heroine on the brink of adulthood and in pursuit of her dream career — to become a Record Keeper. Is Arizal ready to leave her secluded city-state of Maktaba to create “records” of the outside world? Over a series of personal vlogs, Arizal ponders the adventure she’s convinced she’s ready to go on, probably!

Recorded by Arizal is a prelude to a story from Rooster Teeth creator Yssa Badiola. This four-part prelude will be released weekly on Rooster Teeth beginning on July 13. New parts of the prelude will premiere exclusively for FIRST members before moving to free-to-watch platforms a week later.