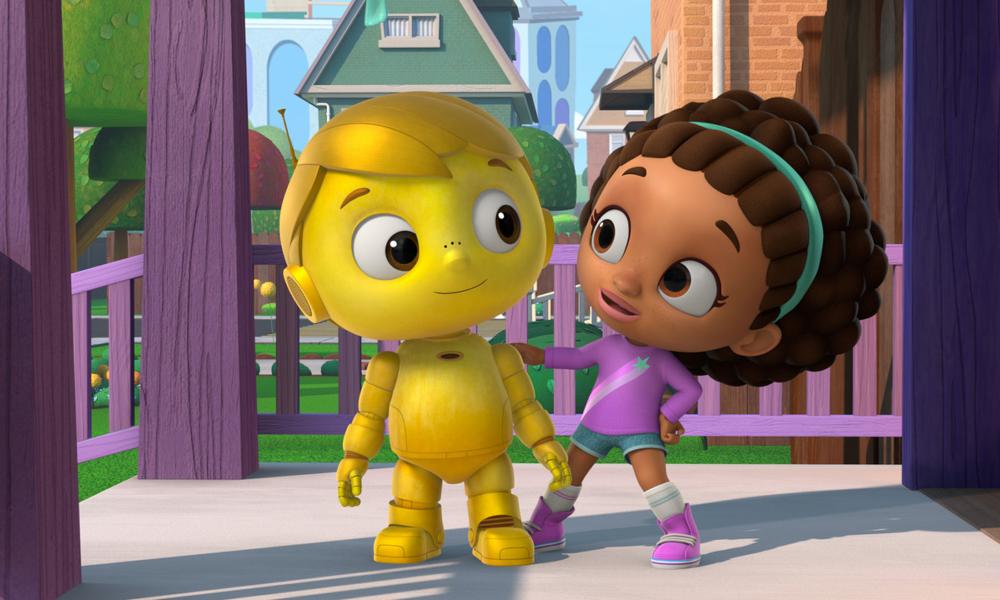 A new high-tech and high-fun preschool series from DreamWorks Animation is ready to blast off on Apple TV+ this week, when Doug Unplugs debuts with the first seven episodes available globally on Friday, November 13. In a newly revealed sneak peek, meet our titular robot hero, his human pal Emma and her slightly dramatic thespian dad!

Doug Unplugs tells the story of a young robot named Doug who senses there’s more to life than just the facts. While other robots plug in for their daily download, Doug unplugs and journeys into the human world with his best friend Emma to experience its wonders firsthand. The show is based on Dan Yaccarino’s popular Doug Unplugged book series.