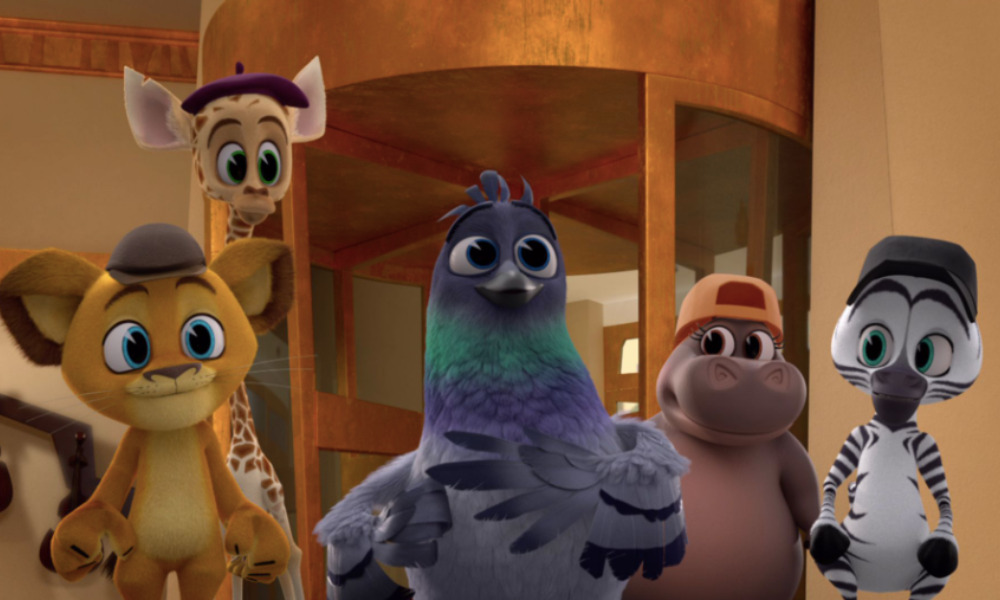 DreamWorks Animation has released a new trailer for the eighth season of its series Madagascar: A Little Wild, which debuts on Hulu and Peacock on June 30th.

In the popular series, Alex, Marty, Melman and Gloria continue to explore the world outside of the habitat. Marty hoofs it all the way out to a trash-littered beach desperately waiting for his Junior Ranger magic touch! Gloria and Lala reunite after Lala’s hibernation, but Gloria doesn’t know how to fit in with her new frog crew. Alex learns on the job directing his first Broadway show. And Melman searches for his own Giraffe herd at another habitat across town, only to discover that you don’t have to be the same species to be a family. The prequel to the studio’s 2005 blockbuster movie was first introduced in 2020.

Alex the Lion, Marty the Zebra, Melman the Giraffe and Gloria the Hippo steal the show in Madagascar: A Little Wild, executive produced by Johanna Stein (Kung Fu Panda: The Paws of Destiny). Capturing the iconic personalities of each of the four dynamos, Madagascar: A Little Wild showcases the team as kids residing in their rescue habitat at the Central Park Zoo. They might be small, but like everybody who lands in New York City, these little guys have big dreams and Madagascar: A Little Wild will follow all of their adventures. The series features Tucker Chandler as Alex, Amir O’Neil as Marty, Shaylin Bector as Gloria, Luke Lowe as Melman, Jasine Gatewood as Kate and Eric Petersen as Ant’Ney.