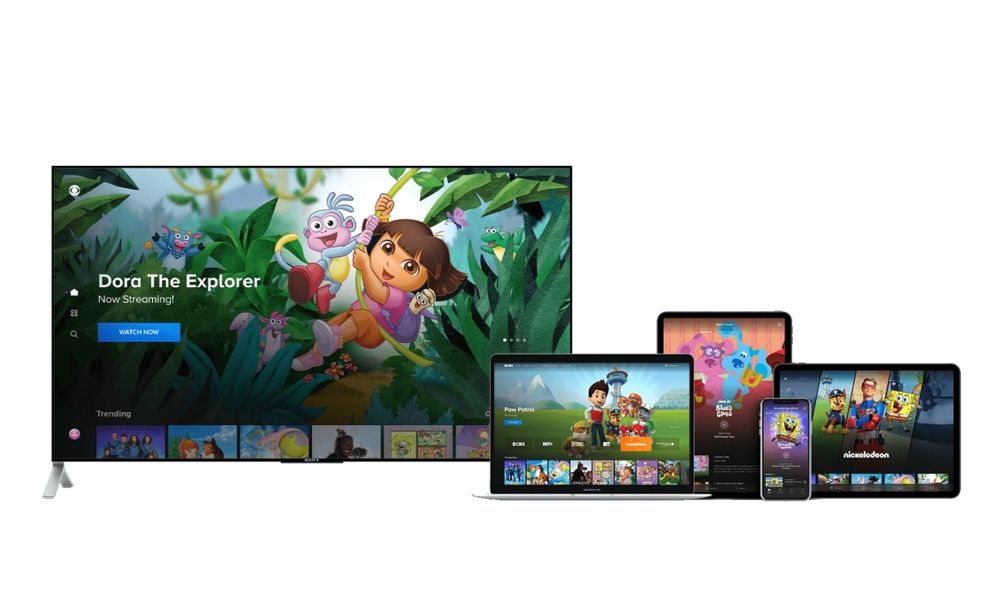 CBS All Access, ViacomCBS’ digital subscription video on-demand and live streaming service, today announced new product features for families and the addition of even more Nickelodeon and Nick Jr. library programming, as the service continues its expansion across the ViacomCBS portfolio in advance of its upcoming rebrand to Paramount+.

The new family-friendly features include the ability to create up to six profiles per account and manage each profile using “Kids Mode,” which allows parents to create profiles that limit content to older children or younger children based on content ratings. The service’s existing parental PIN controls’ option for mature content, which locks access to certain content based on its content rating, will also still be available to use across profiles.

“We are thrilled to bring even more popular kids hits from Nick Jr. and Nickelodeon to the service, in advance of our upcoming rebrand as Paramount+,” said Rob Gelick, Executive Vice President and General Manager, Streaming Services and Chief Product Officer, ViacomCBS Streaming. “We’ve already seen incredible growth in viewership since we began expanding our offering of children’s programming on the service. With today’s new product enhancements, like ‘Kids Mode’ and multiple profiles, we can create customized experiences for each member of the household, while giving our subscribers even more opportunities to discover and watch family programming together, and allowing parents additional peace of mind with the ability to further customize what programming is available to their kids.”

In addition, CBS All Access introduced nearly 800 more episodes of children’s programming to the service, including select past seasons of Nick Jr. favorites PAW Patrol, Blaze and the Monster Machines, Blue’s Clues, Bubble Guppies, Dora the Explorer, Shimmer and Shine and more.

All CBS All Access children’s programming is available commercial-free. The new library content being added to the service today joins an already robust roster of over 1,000 episodes of library and original children’s programming, including the service’s previously launched original children’s series, WildBrain’s Cloudy with a Chance of Meatballs, Boat Rocker’s new Danger Mouse and new editions of Lassie, George of the Jungle and Mr. Magoo from DreamWorks Animation’s Classic Media.

Original children’s programming on the service will continue to expand with the first spinoff from one of ViacomCBS’ biggest global franchises ever, Nickelodeon’s SpongeBob SquarePants, when the new series Kamp Koral premieres in early 2021. The service will also be the exclusive home to The SpongeBob Movie: Sponge on the Run, the upcoming feature film that follows SpongeBob SquarePants, his best friend Patrick Star, and the rest of the gang from Bikini Bottom in the first-ever all CGI SpongeBob motion picture event.