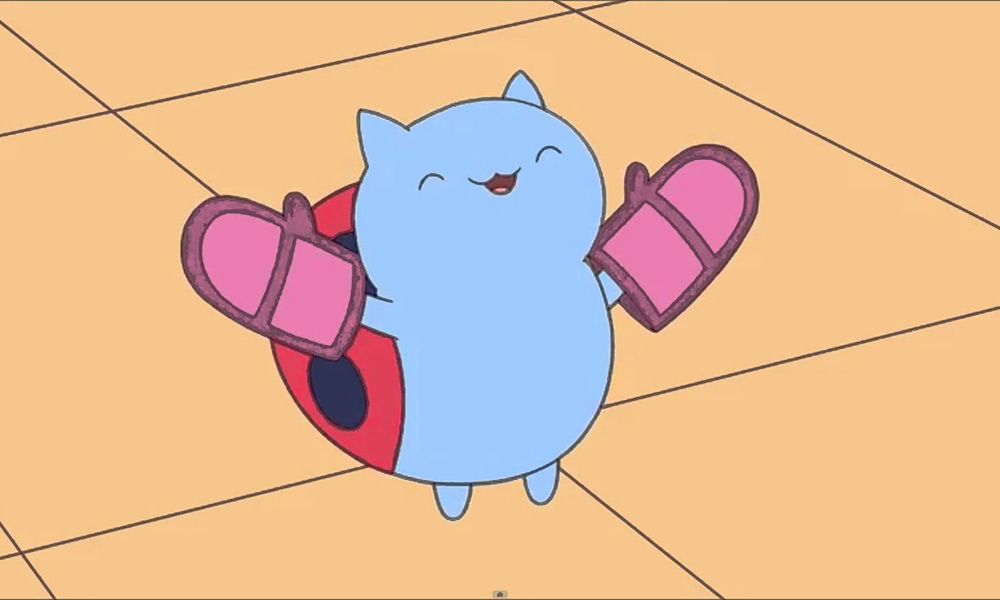 Frederator Studios, part of WOW! Unlimited Media, announced the expansion of their Catbug property, starting with the development of a full spin-off series centered on the popular character. Following significant growth and engagement across internet platforms, the company will bolster Catbug’s presence with an all-new social networking plan, implementing a fresh roster of webcomics, animated videos, and e-books.

Catbug is the breakout character of Frederator Studios’ hit series Bravest Warriors, created by Pendleton Ward, with more than 25 million views and over 400,000 likes on YouTube videos featuring Catbug alone. Over the past few months, the character has continued to grow into a viral, pop culture phenomenon, garnering 135 million views on TikTok and 200 million loops of Catbug-themed GIFs on Giphy.com. The property is also a leading franchise among Frederator Books’ digital publishing slate on the Epic! e-book platform, where Catbug titles account for a majority of reads.

The Catbug series will be developed by Frederator Studios, whose original titles include Ward’s Adventure Time, Castlevania and Bee & PuppyCat. The Company is currently in active discussions with consumer products companies to drive expansion of the property through the development of a wide range of fun and irreverent products to meet audience demand for the character.

“The virality of the character really proves that Catbug has more than nine lives,” said Fred Seibert, CEO, Frederator and Chief Creative Officer, WOW!. “His fans have grown substantially since his debut in Bravest Warriors to become a true meme of internet culture, spurring parodies and references to his quirky lines from the show. We are thrilled to use this as an opportunity to bring more life and longevity to the character, and meet fans interest and demand for more ways to experience Catbug.”