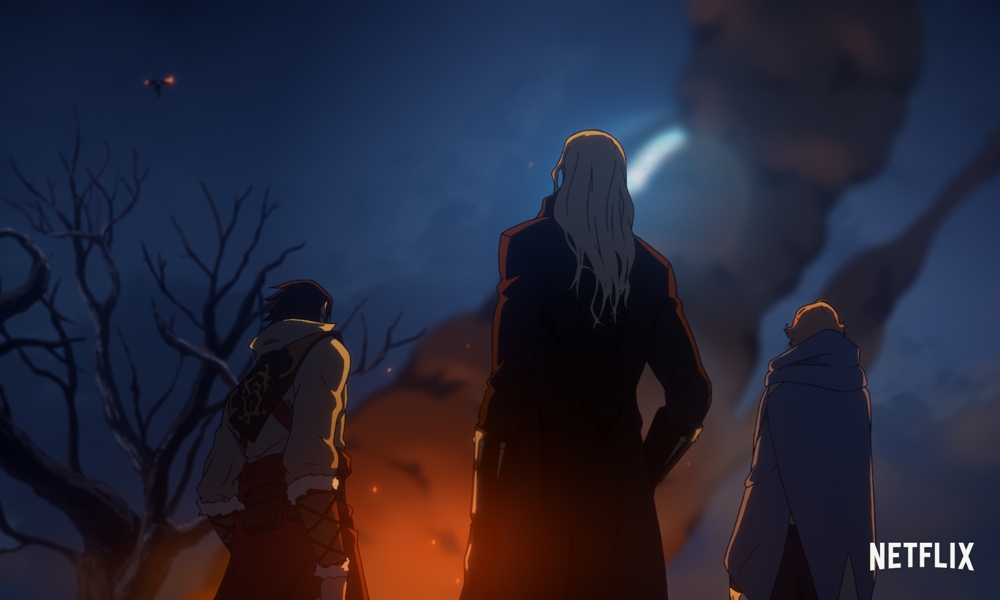 It’s time to close the coffin on Castlevania — the breakout Netflix anime inspired by the classic Konami videogame will not return after the upcoming fourth season, launching May 13 with 10 episodes. Deadline confirmed the news and reported that the streamer might resurrect its world of heroes, monsters and powerful vampires in a new series with a new cast of characters.

Produced by WOW! Unlimited Media’s Frederator Studios with animation by Austin-based Powerhouse Animation, Castlevania launched in 2017 to a warm reception from fans and critics — which has kept up over the three extant seasons. The adult-targeted toon is a dark medieval fantasy following the last surviving member of the disgraced Belmont clan, trying to save Eastern Europe from extinction at the hand of Vlad Dracula Tepes himself. Castlevania is executive produced by Warren Ellis, Kevin Kolde, Fred Seibert and Adi Shankar. Powerhouse’s Sam Deats is series director.

Last June, series writer Warren Ellis was accused by several women of sexual coercion, with dozens more women coming forward and giving statements of the award-winning comics creator’s manipulative and abusive behavior toward them. Ellis issued an apology and said he would “try therapy” a month later. Deadline notes the writer had finished the S4 scripts at the time and has had “no further involvement in Castlevania” or a spin-off.

Clip: Nick’s ‘The Barbarian and the Troll’ Dip into the Swamp of Fears
Goodbye Kansas Helps Resurrect Albert Einstein as Digital Human