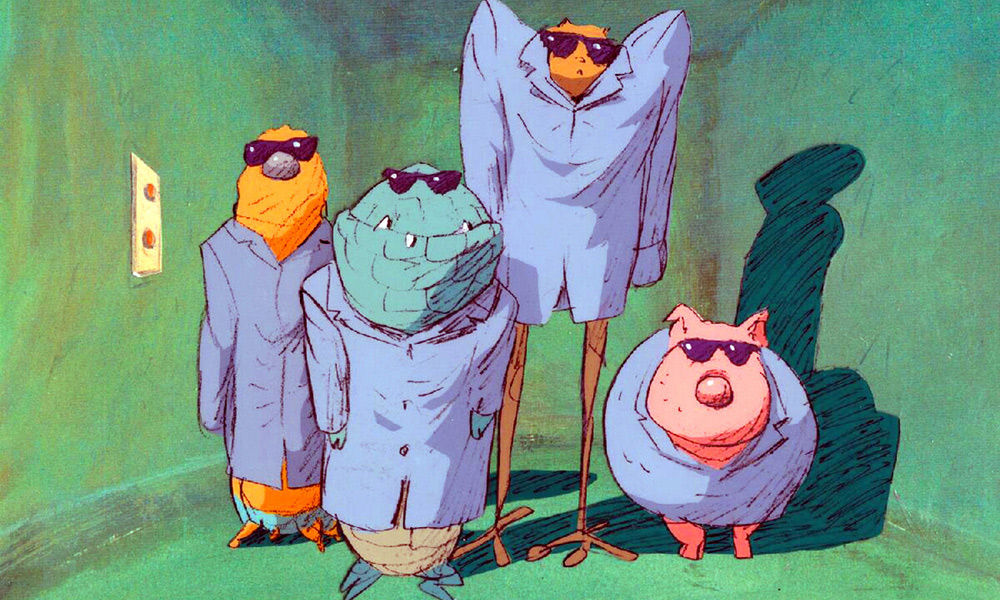 All seven feature films from the “King of Indie Animation,” award-winning animator Bill Plympton, will be available to rent and purchase through all major digital platforms next month.

Bursting with Plympton’s unique visual style and subversive sense of humor honed over 30 years of groundbreaking filmmaking, The Tune, I Married a Strange Person!, Mutant Aliens, Hair High, Idiots and Angels, Cheatin’ and Revengeance will be released by Shout! Factory on October 15 across Apple TV, Google Play, Amazon Video and more.

Three of these titles — Hair High, Mutant Aliens and I Married a Strange Person! — will be offered in brand-new HD transfers.

Plympton began his career as an illustrator and nationally syndicated cartoonist before making his first animated short, Boomtown, in 1983. With a distinctive visual style and gift for conveying the absurdist, off-center ridiculousness of everyday life, Plympton’s work has spanned from commercials and music videos to full-length animated features and the animated shorts for which he is best known.

Winner of the recent 2019 Webby Awards’ Best Animated Series for Trump Bites, Plympton has also been honored over the years with the Cannes Film Festival’s Jury Prize and was nominated twice for the Academy Award.