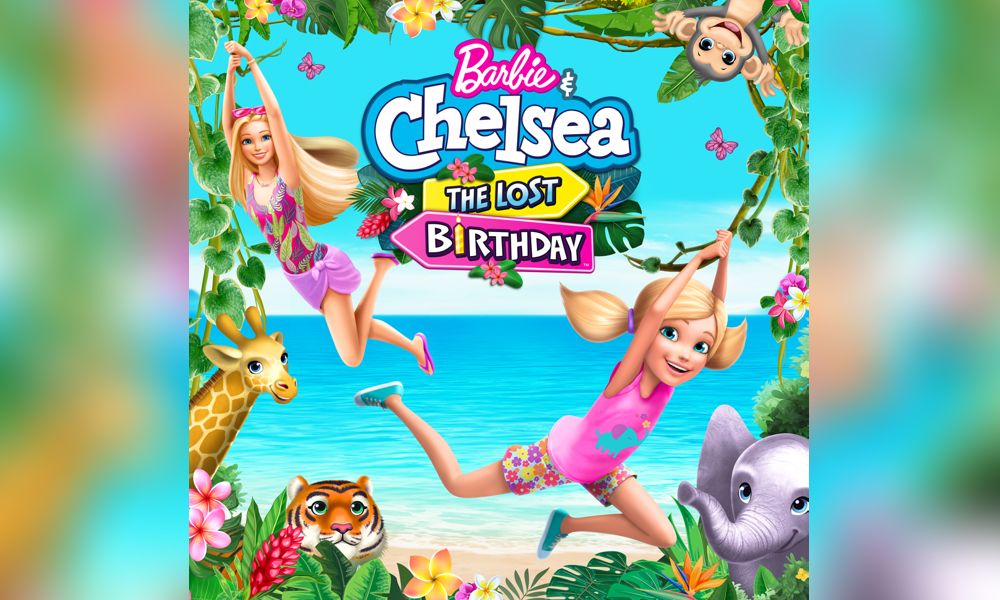 All aboard as Barbie, Chelsea and the rest of the Roberts family hit the high seas in Barbie & Chelsea The Lost Birthday, arriving on Netflix in the U.S. on April 16. The new movie joining the streamer’s slate of animated premieres next month is the first to feature Barbie’s little sister, Chelsea, in a starring role, and follows the success of last year’s musical special Barbie Princess Adventure — also available on Netflix U.S., along with the Barbie Dreamhouse Adventure series.

“Barbie’s brand message, about inspiring the limitless potential in every child, and the themes in her stories resonate deeply with both kids and parents all over the world. This year, we are expanding the Barbie content universe in a number of ways starting with a fantastical story centered around Barbie’s little sister, Chelsea, who embarks on an adventure to save her seventh birthday. Chelsea is an incredibly popular character and we are excited to bring her into the limelight in this television movie. Her story is all about finding your voice, and self-empowerment, in the face of unexpected challenges,” commented Fred Soulie, SVP and General Manager, Mattel Television. “We have barely scratched the surface of the stories the brand can tell, and this is the first of many scripted and unscripted Barbie projects we have in production and development.”

Synopsis: When the Roberts family sets sail on a cruise to celebrate Chelsea turning seven, Barbie’s precocious little sister discovers too late that they crossed the International Date Line and her birthday was skipped. Searching for answers, she soon sets off on an extraordinary journey with a collection of new animal friends all to save her special day.

Accompanying the new movie is Barbie & Chelsea The Lost Birthday & More!, an album featuring songs from Barbie & Chelsea The Lost Birthday, as well as other previously unreleased tracks sung by both Barbie and Chelsea will also be available across digital streaming platforms beginning on April 16. Mattel has also released a line of dolls and playsets inspired by the special: Barbie & Chelsea Story Set ($19.99), Chelsea Jungle River Play Set ($29.99), Chelsea And Accessory Assortment ($9.99), Sisters & Pet Accessory Assortment ($14.99) and the Chelsea Surprise Playset ($19.99).