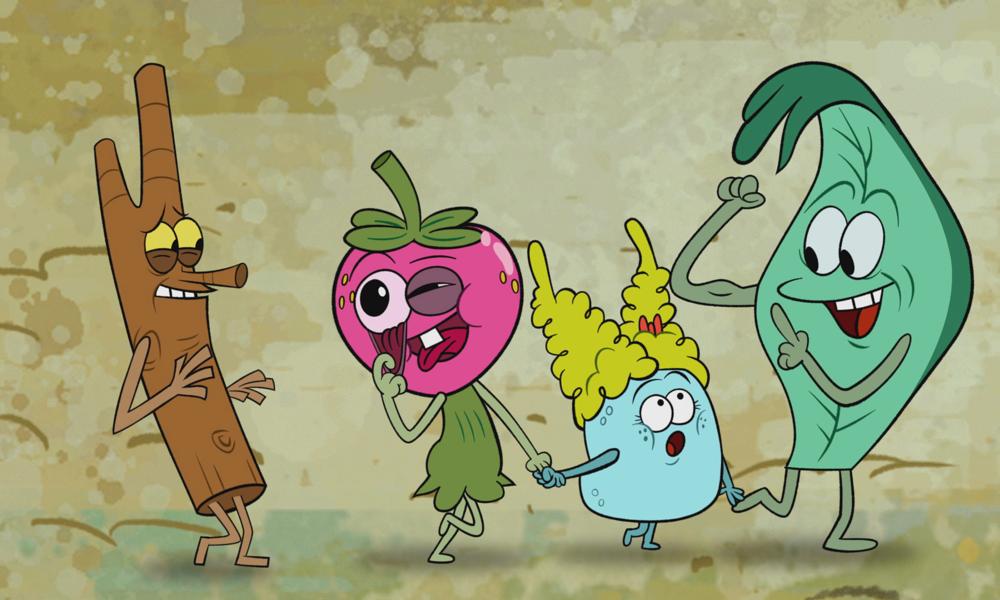 A twig, a pebble, a leaf and a strawberry are the unlikely main characters of DreamWorks Animation’s new series The Mighty Ones. The 2D-animated show, which is exec produced by Sunil Hall (Pickle and Peanut) and Lynne Naylor-Reccardi (Samurai Jack), follows the adventures of these four best friends as they face the many challenges of life in an unkempt backyard, which is owned by a trio of disheveled humans.

The origins of this eccentric show go back to about eight years ago, when Naylor-Reccardi (widow of late animation veteran Chris Reccardi) approached Hall to develop a show together. “I jumped at the chance,” recalls Hall. “She had seen some of my drawings and liked my sense of humor. Lynne pitched me some rough ideas and characters she had and I was drawn toward these tiny creatures made of yard objects that she had sketched. We decided to create a show around them. As kids, my brother and I used to spend hours in the backyard coming up with weird adventures and imagining hidden worlds. I think a lot of that inspired this world.”

Naylor-Reccardi says she was impressed with the way Hall would describe a situation in life. “Because he was a great storyteller and had experience directing, storyboarding, working in our industry, I wanted to see if he would like to co-create with me on show concepts I had. I pitched a couple to him and he liked one that had a few characters that you would find lying around a yard: a stick, a leaf, a raspberry. We decided to push the raw materials further and I reached out to Dani Michaeli, asking him if he would help us out with the writing to develop the show. We dove in, finding the main characters through their dysfunctional dynamics, misunderstandings, and the world they had to survive in.” 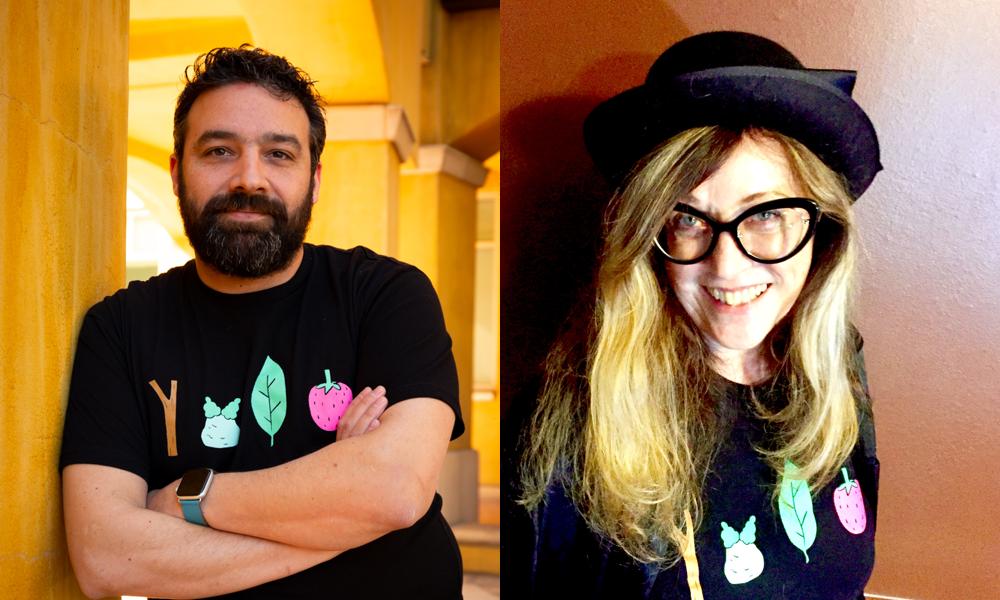 Eight Years in the Making

The trio began developing the pitch in 2012 and began working on the pilot for The Mighty Ones at Nickelodeon in 2013. Nick eventually left the project, and the show found a new home at DreamWorks in 2016. The series will finally premiere on Hulu this month. The show’s animation is produced at Snipple Animation Studios in the Philippines. “They work in Harmony and they have a really fun, snappy animation style that feels a lot like traditional 2D animation,” says Hall. “We don’t sheet-time this show, and Snipple works straight from our (pretty rough) animatics, so they contribute a lot to the timing and acting in the show. It’s been a great collaboration that’s really grown over the course of the season.”

The show is boarded with Toon Boom Storyboard Pro and the animatics are created in Adobe Premiere, while all the design work is done in Adobe Photoshop. “Our background painters use a mix of digital paint and scanned texture elements that they create with ink and paint on paper, and then manipulate in Photoshop,” says Hall. “In the office, we work on HP workstations and use Wacom Cintiq pen displays. The animation is done in Toon Boom Harmony and we assemble the final picture in Avid Media Composer.”

Adds Naylor-Reccardi, “Our design work is done in Photoshop. We have a library of brushes that we created to be used digitally. We have an awesome art director, Jenny Gase-Baker, who pulled together the look of the show incredibly! We all wanted a painterly environment that would create the fantastical world our characters hang out in.” 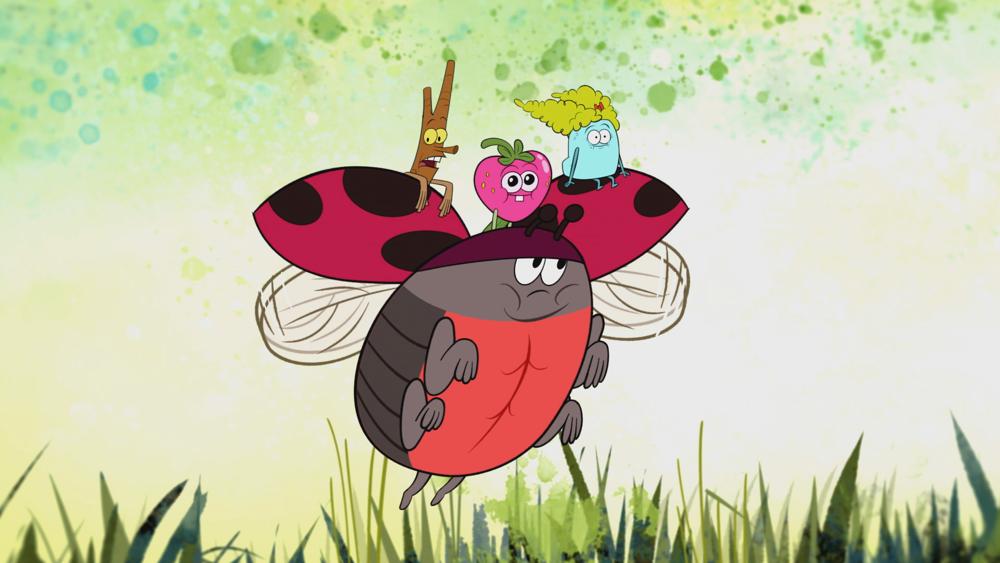 Hall says he really loves the show’s characters and the team’s story process. “It’s really fun to put these four weirdos in strange situations and see how things play out,” he says. “Our process is very collaborative and it’s really been a joy to bring in a wide group of creatives and see how they all lend their different voices to the show. We are a board-driven show, which means it allows us to do a lot of visual gags. Animatic edits are my favorite part of the process. We get together with the directors and editor, and start pitching jokes and adding things. Then we type up a script and record it with our killer cast. They bring tons of personality to the characters, and lots of good ad-libs. We then go back into the animatic and tweak the acting to match everything the voice actors have brought to it. When it’s working well we start with a strong outline and just build it up layer by layer, adding humor and personality at each stage.”

For Naylor-Reccardi, one of the best parts of the show is the wide possibilities of storylines the goofball characters can face in each episode. “There is always the potential for more stories,” she says. Anything can be thrown into their world and has. Our co-executive producer, Greg Miller, and our killer directors all bring so much to the episodes.”

Of course, the series also had its set of challenges. The duo admits that the schedule can be pretty relentless. “I think our show is fairly ambitious for the amount of resources we have available,” says Hall. “The art style of the show is really awesome and I’m constantly impressed by how much the design team brings to the show. The art really supports the story and every episode looks and feels different.” 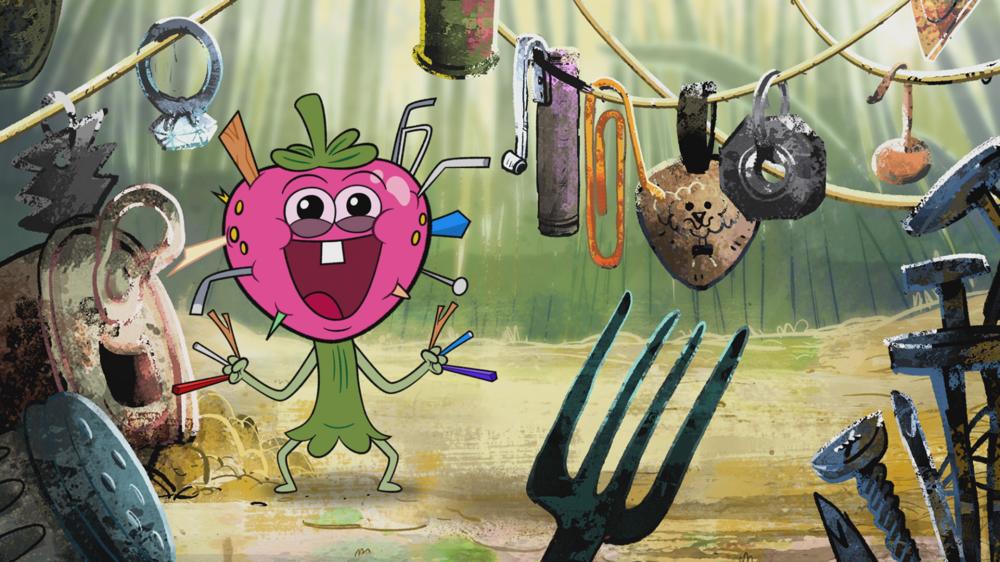 Naylor-Reccardi says the team gets a lot of support from the studio to help maintain their original vision. “There were the usual challenges of not burning out everyone, finding the voice actors, getting an amazing crew together, pushing constantly for the best episodes,” she recalls. “Alec Puro, our composer, has a great relationship with Sunil. I love how our music has evolved for each episode. The nature of our show creates a lot of heavy lifting, so it was more about trying to find a way to produce it without killing our crew and still maintaining the quality we wanted.”

Tune in for the Laughs

Both Hall and Naylor-Reccardi hope that audiences will get a kick out of their show’s fun sense of humor. “We think it’s a pretty funny show, and hopefully our viewers will agree,” says Hall. “I’m hoping it’s the kind of show that will appeal to adults as well as kids. We put a lot of thought and work into every aspect, from the art style to the music, so I hope people can appreciate the overall aesthetics and vibe of the show.”

“I really hope they will get a break and laugh!” adds Naylor-Reccardi. “I think humor is really healing. I hope that the stories will be relatable to what can happen in life in a funny way for kids and adults as well. We really wanted it to be for everyone. We wanted the look of the show and the music to be cool as well.” 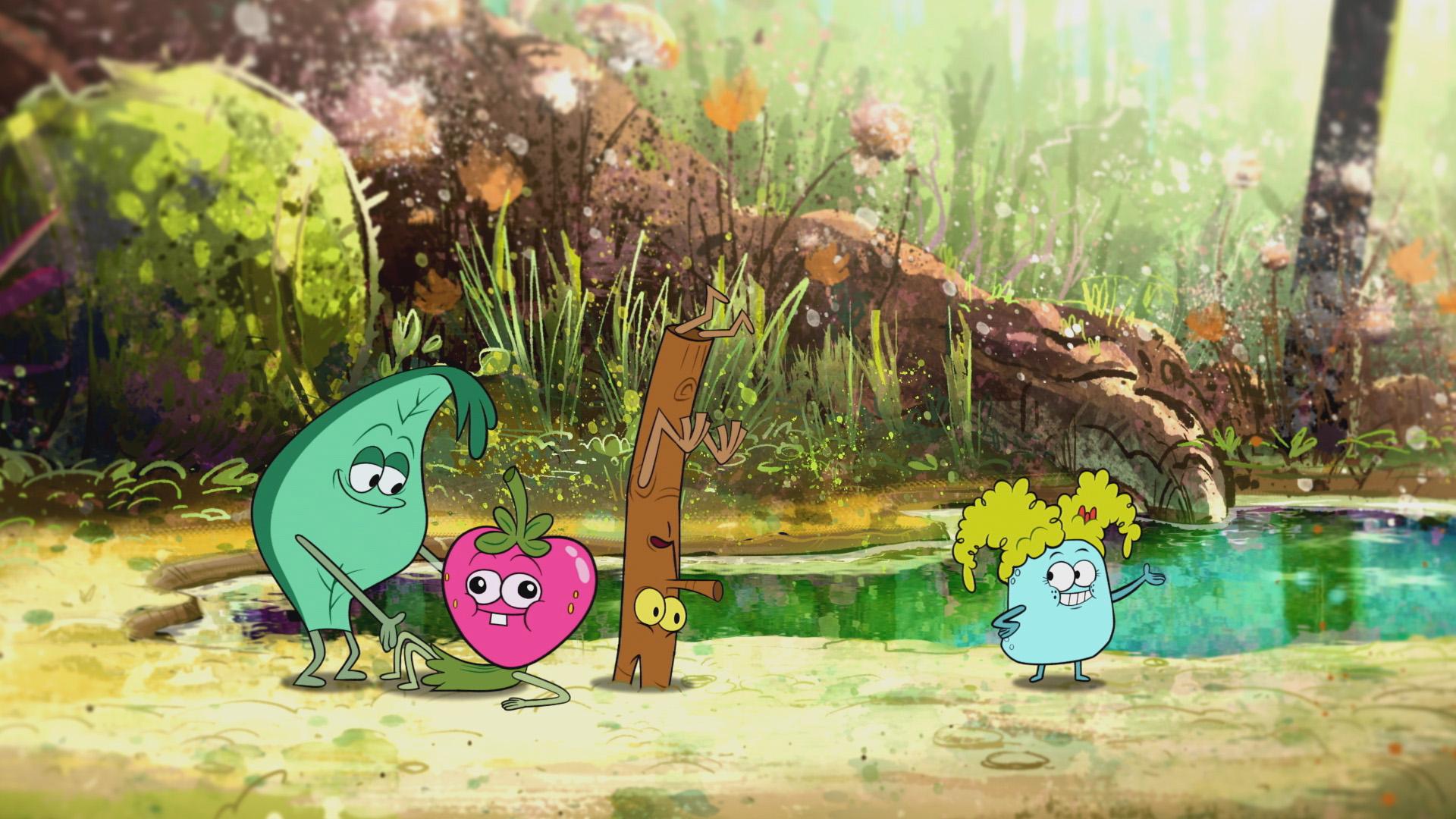 The Mighty exec producers also offer some advice for animation newcomers. “It’s tough to land those first few jobs, but once you get going things tend to pick up, so be persistent and try to stay positive,” says Hall. “I started out during a slow time in the industry and struggled to find regular work. At times I questioned if I wanted to keep doing this, but I’m glad I stuck with it. I’ve met some really amazing people and worked on great projects in my career and I feel pretty lucky to be where I am today.”

Naylor-Reccardi also encourages newbies not to give up. “I think it’s important to be willing to collaborate and learn,” she offers. “Be willing to expand and try a lot of things, it’s really not about being perfect, it’s about finding what really moves your heart. If you get in, dive into the concept, it is a team effort unlike being a gallery painter or something. I still believe relationships are important. There is amazing talent out there to inspire. It can be a lot of fun!”

DreamWorks Animation’s The Mighty Ones premieres on Hulu and Peacock on Monday, November 9.