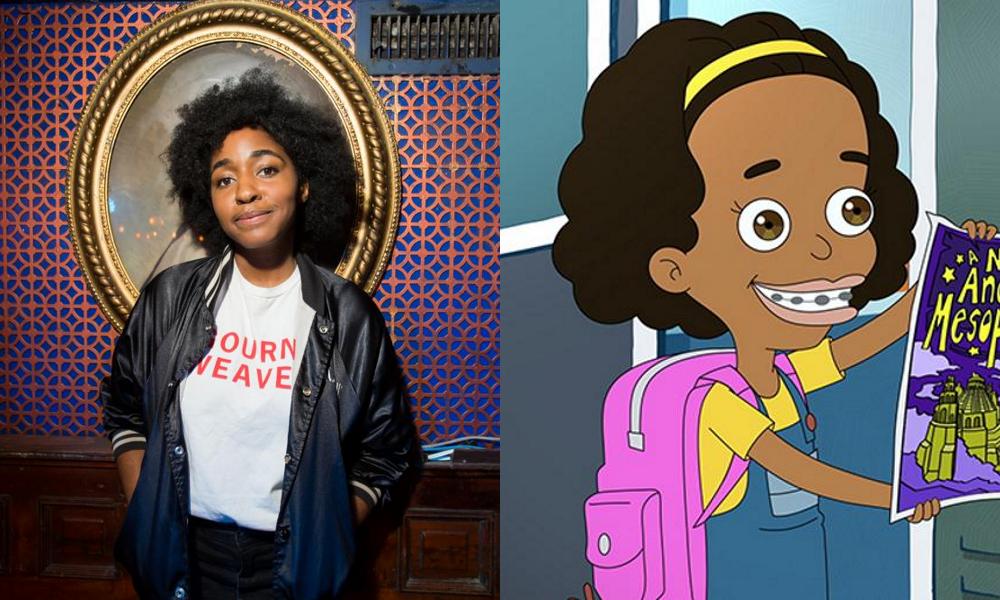 Ayo Edebiri has been cast as “Missy” on Netflix’s Emmy-nominated animated series Big Mouth, replacing Jenny Slate who has voiced the character since season 1.

Fans can expect to first hear Edebiri in the role in the penultimate episode of season 4, and she will continue to voice Missy in the final episode and for future seasons — the show has been renewed through season 6.

Edibiri has also joined the writer’s room for season 5 of the toon.

Ayo Edebiri is a fast-rising writer/performer who has been profiled by Time Out NY, Vulture and Forbes. She is currently a co-producer on Tina Fey and Robert Carlock’s new animated series for Netflix, Mulligan. Edebiri is set to play “Hattie” in S2 of the Apple series Dickinson, a role that was created specifically for her after she joined the writers room.Previous writing credits include Big Mouth and Sunnyside. Edebiri is also voicing the lead role in the upcoming animated Netflix series We Lost Our Human, opposite Ben Schwartz, and co-hosts the podcast Iconography for Forever Dog. She was selected by Comedy Central as one of their “Up Next” comics to showcase at Clusterfest, and toured with Queer Eye’s Jonathan Van Ness.

Season 4 of Big Mouth premieres on Netflix in Fall 2020.

Out-of-This-World Adventure ‘Ben 10 vs. The Universe’ Lands in October
Studio 100 Blasts Off with T&B Media & Flying Bark for ‘FriendZSpace’