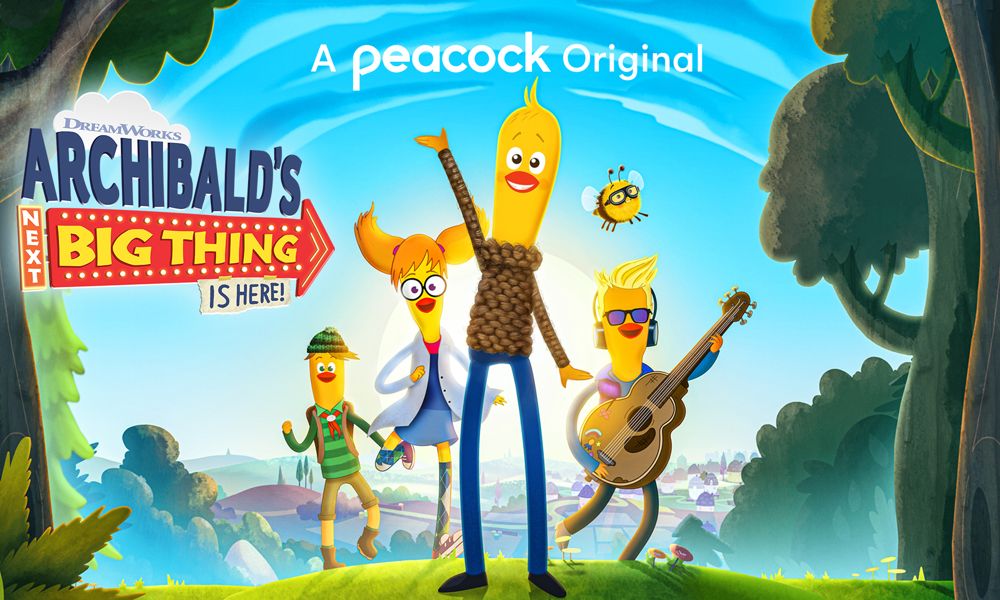 Archibald's Next Big Thing Is Here

From the creative mind of Tony Hale, DreamWorks Archibald’s Next Big Thing Is Here is the next chapter for Archibald Strutter, a chicken who “yes-ands” his way through life. While his adventures don’t always go as planned, Archibald takes it one step at a time with the help of his three siblings, Sage, Finly and Loy, and his trusty sidekick, Bea.

The new series will premiere as a Peacock Original on the streamer Thursday, February 18, with all six episodes available at once.