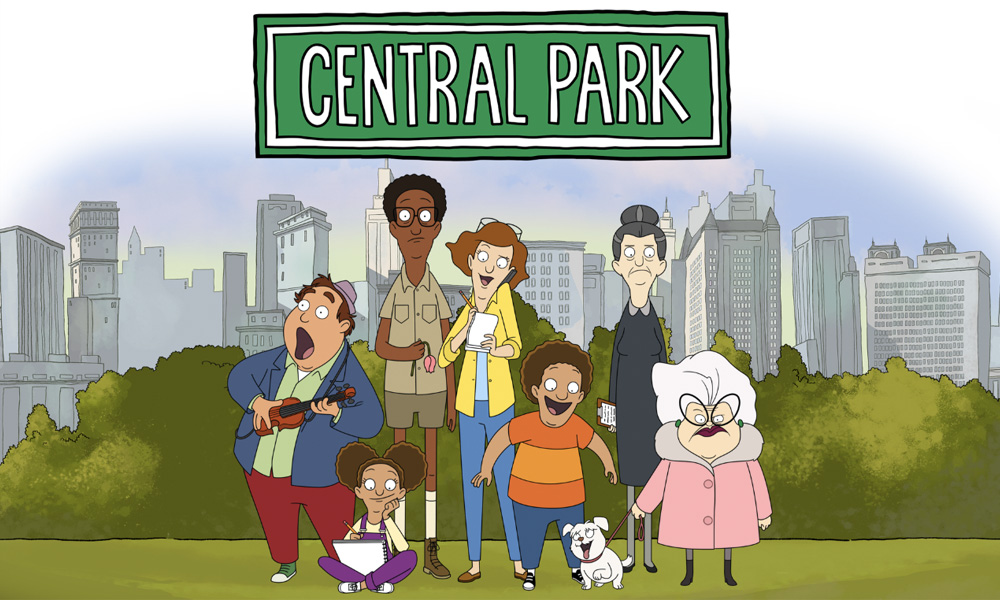 Loren Bouchard’s upcoming animated series Central Park took the spotlight at Apple TV+’s TCA press day on Sunday. The new show by Bob’s Burgers creator is set to premiere on the streaming service this summer. A new image from the show was unveiled at the event.

The much-anticipated new series is produced by Bouchard and co-exec producers Josh Gad and Nora Smith, and showcases the voice talents of Gad, Leslie Odom, Jr., Kristen Bell, Kathryn Hahn, Tituss Burgess, Daveed Diggs, and Stanley Tucci. The toon revolved on the adventures of a family of caretakers that live in Central Park and the nefarious heiress, described by Bouchard as a “Leona Helmsley type” during the panel, who wants to pillage the park for funds by turning the iconic NYC location into condos. The series will also have a sneak preview at the SXSW festival in Austin Texas this March.

Bouchard explained, “First, I’ll just speak to the temptation. Animation just makes you want to take this voice and have it come out of this face, (it’s) so delicious I can’t help myself. We knew it was going to be so fun to do it so that’s why we made that choice.

The show creator added that he couldn’t resist the humor of having Stanley Tucci voicing this tiny lady with white hair. “It’s like Margaret Thatcher glued onto a little dog…Here I am, yet again taking away two roles from women,” he added. However, he assured the audience that he’s committed to balancing things out when it comes to casting different genders and races. “To me it’s selfish (it’s not just about jobs) but to keep making your stuff better,” he said.

Here is the show’s official synopsis:

“Central Park is an animated musical comedy about the Tillermans, a family that lives in, and are the caretakers of, Central Park. Owen, the park manager, and Paige, his journalist wife, raise their kids Molly and Cole in the world’s most famous park, while fending off a hotel heiress Bitsy Brandenham and her long suffering assistant Helen, who would love nothing more than to turn the park into condos.”

Marvel HQ Invites Fans to “Find Your Power” with Full Eps, ‘Bend & Flex’ Debut
GKIDS’ ‘Weathering With You’ Has a Sunny U.S. Opening