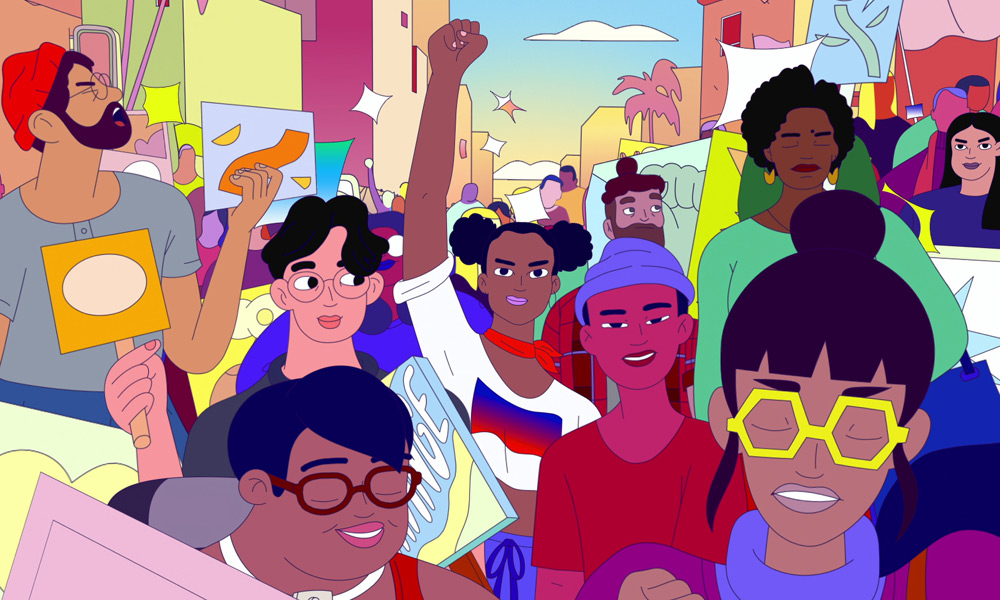 We The People - Episode 1 (Peter Ramsey)

The panel, moderated by Heather Tilert, featured Chris Nee and four of the projects’ directors (who, the producer points out, were chosen to be representationally diverse and include both top-of-the-game talent and up-and-comers) as they discussed their goals, inspirations and processes. The streamer also debuted new stills timed to the virtual session’s launch from the featured directors’ episodes.

“Like many people, I’ve been distressed to watch our country lose the sense of what the communal idea of what being an American was, and I felt like we had lost the common language of civics — which is a nonpartisan language that tells us how this country is put together and also how you can be engaged,” Nee explained. The award-winning producer also noted that former President Barack Obama was very invested in the project: “He was the one who said, ‘Let’s thing older, let’s look at actually engaging the generation that is in the moment of looking around and going what the heck are you handing us, and what am I going to do about it?’“‘ 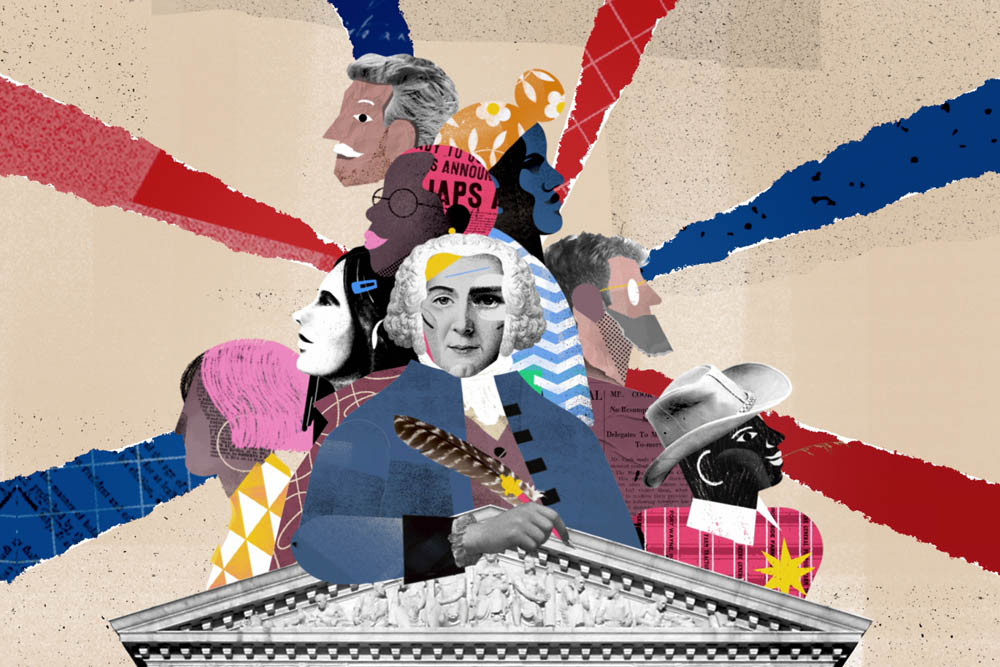 We The People – Episode 2 (Trisha Gum)

Taking inspiration from his assigned song, Peter Ramsey (Spider-Man: Into the Spider-Verse) honed in on his heroine’s mindset: “One person in the world, you see all these things around you, it’s overwhelming and you don’t think you can do much on your own — but somebody’s got to light the little spark and get that first hint of inspiration going.” Working with studio BUCK, Ramsey drew on inspirations including French illustrator Moebius and The Beatles’ Yellow Submarine for the 2D piece. “We just joined hands and thought, how crazy can we get the color going by the end? How big of a shift can we make from beginning to end to really hammer this home?”

Trisha Gum (The LEGO Movie 2: The Second Part) channeled her cut-out animation background into her short themed on the Bill of Rights. “The Bill of Rights is a document, it’s paper, it’s old .. we were talking about making this feel really relevant to people now,” Gum recalled thinking after hearing her assigned song. “I was really inspired by the actual, physical paper of it and I wanted that to come to life and morph. That was kind of the idea behind it, and the inspiration is just like, how does that paper turn into something that’s alive and that affects me, and affects all of us?” 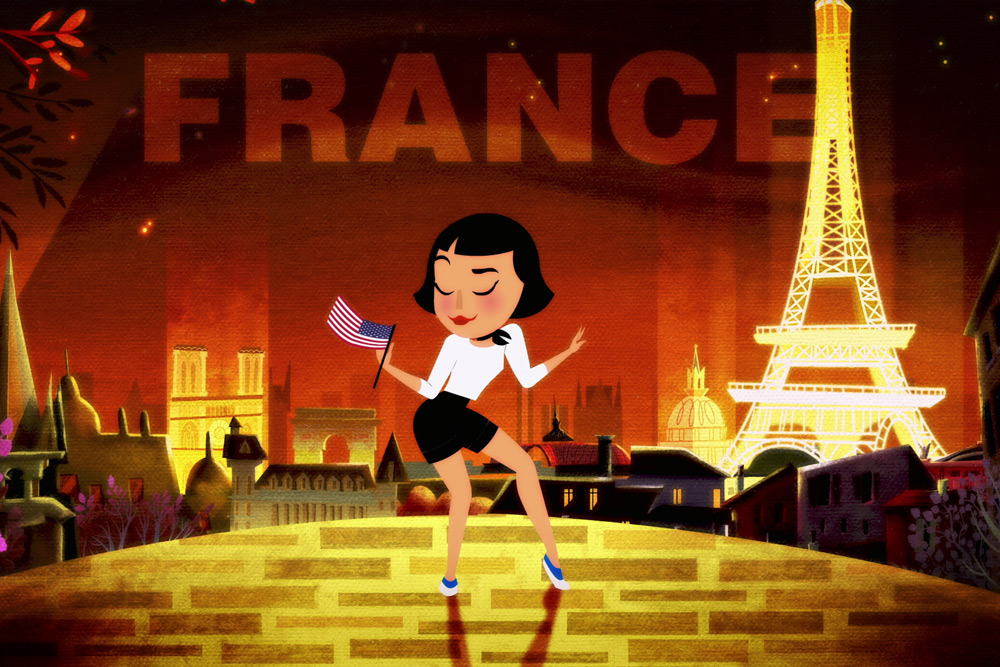 “The pandemic was a huge inspiration for the piece. Getting to work with people from all over the world and seeing a little window of their countries [over video call],” Jorge R. Gutiérrez (The Book of Life) revealed. His episode focuses on the contributions immigrants make to the “cultural stew” of America. Gutiérrez and his wife/collaborator Sandra Equihua designed a series of dancing characters representing different countries in segments paying highly researched homages to their cultural flavor (including Amélie for France). The director worked with Titmouse. “We tried to get artists from all over the world. We also tried to get immigrants like us … ‘Hey, this guy is first generation Greek American, he’s gonna animate the Greek moment.'”

Working from a song by Brandi Carlile, Mabel Ye (Kid Cosmic) tuned into her music video wheelhouse. “The way that I create music videos, it’s so spontaneous and it’s honestly — it’s so personal, it’s embarrassing, but I have like no shame anymore,” Ye confessed. “I wanted to retain that kind of spontaneous, pure emotion that I felt when I listened to the song.” The director and the short’s producer at Titmouse opted to keep to a small, “total indie production” crew of probably fewer than 10 for the low-fi 2D concept. “I would just look at everyone’s work and be like, ‘This is incredible, let’s just do it!’ … I always think the first iteration kind of holds the most, I guess expression, of that emotion that you want to portray.”

The We The People studio focus is available to stream for registered Annecy attendees. 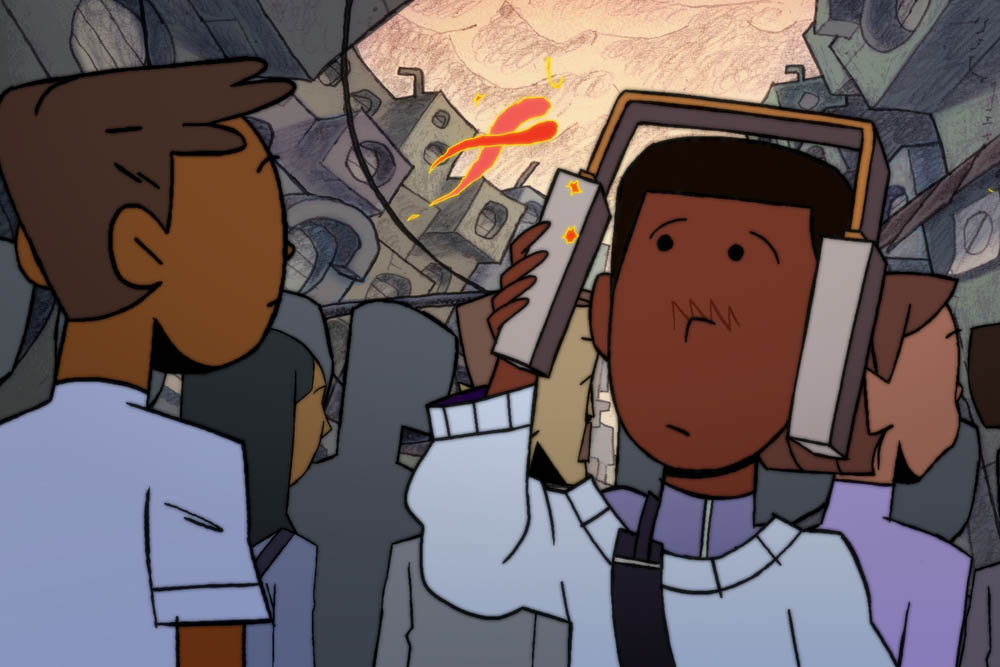