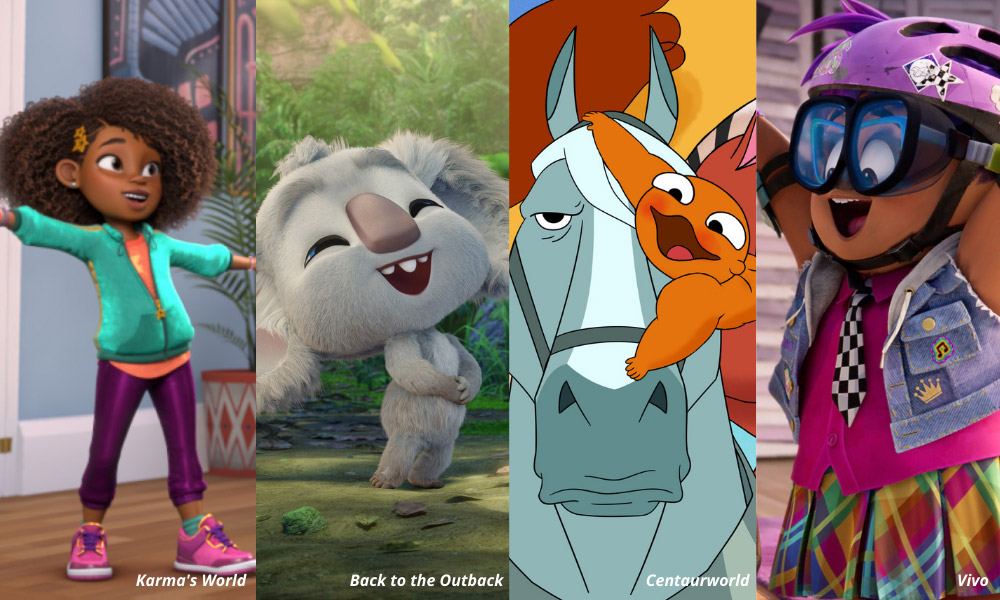 Karma's World | Back to the Outback | Centaurworld | Vivo

Netflix got its jam-packed Annecy Festival (www.annecy.org) schedule started in style today with its Kids & Family Animation Studio Focus, presenting a series of conversations with creators and new material debuts for a quartet of diverse and buzzy projects. The session was hosted by James Baxter, the studio’s head of character animation whos storied career has spanned beloved titles from Who Framed Roger Rabbit, Beauty and the Beast and The Lion King to The Prince of Egypt, Madagascar, Kung Fu Panda and many more — most recently, Wolfwalkers and Klaus.

“When I was developing the story by myself, I knew this was going to be incredibly ambitious,” Dong recalled. “We were gonna have multiple characters, and beyond that we were gonna have two styles of animation and two distinctly different settings. We have the world that Horse came from which is much more of an action, kind of anime, more serious setting with a lot of action scenes and setpieces. And then Centaurworld, which is going to be like a huge, really colorful and whimsical world. And we wanted these worlds to feel distinct, but you could have the characters interact with each other still, and they would fit into both of those worlds.” 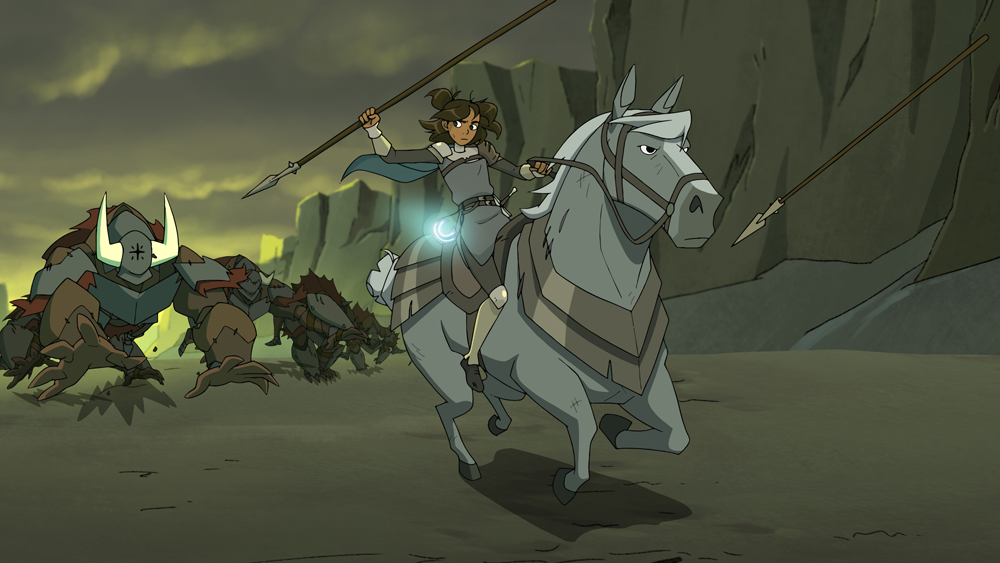 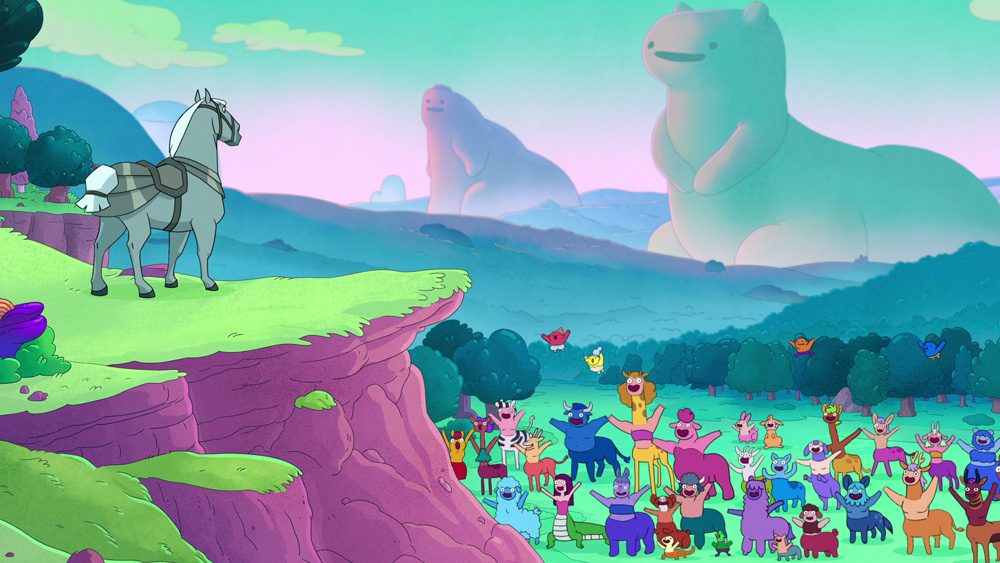 Director/co-writer Kirk DeMicco and production designer Carlos Zaragoza revealed a new still for Sony Pictures Animation’s Vivo, making its streaming premiere this summer. The pic features the titular kinkajou (voiced by Lin-Manuel Miranda) and the quirky tween who helps him on his quest, Gabi (Ynairaly Simo). The musical movie follows Vivo as he sets out from Havana to Miami on a mission to deliver a song to his owner Andrés’ (Juan de Marcos González) long-lost love (Gloria Estefan).

“The one thing I remember, when we first started talking about it was, this is a musical about music. And so, we wanted everything, every piece of the design to have this lyrical quality. From the very beginning with Carlos’ first drawings, if you were to look closely, even the balconies of Andrés’ building have like musical notes,” DeMicco revealed. “When we started first talking about camera, the thing that became so exciting — Well, it was exciting for me … a challenge for Carlos, but scary for production! — was when we were like, oh, we’re going to have 10 musical numbers and each one is going to have a different look! .. That didn’t happen, but what did happen was that Carlos figured out amazing ways to take on that challenge.”

Clare Knight and Harry Cripps took viewers down under for a walkabout through their feature directorial debut Back to the Outback, coming this fall. Starring Isla Fisher, Tim Minchin, Eric Bana, Guy Pearce, Miranda Tapsell, Angus Imrie and Diesel Cash La Torraca, the movie follows a ragtag group of Australia’s deadliest creatures who plot a daring escape from their Sydney zoo to the Outback, a place where they’ll fit in without being judged for their scales and fangs. But things take a turn when their cute and cuddly koala nemesis tags along — with zookeepers in hot pursuit!

“I was really attracted to the whole story because it plays against type,” Knight noted. “Maddie [the venomous snake voiced by Fisher] is like this young teenage girl whose fangs are like braces, and so she covers her mouth often, because she’s embarrassed — people call her a monster. Whereas Pretty Boy [the koala, voiced by Minchin] is this pampered celebrity … I think it’s really important in this day and age that characters accept themselves as beautiful, no matter what shape, color, gender or place of origin. [Out of the Outback] is like a love letter to anyone who’s ever been an outsider.”

An extra big surprise was delivered by the creators of Karma’s World, which dropped several new stills bringing us into this sweet and inspiring musical series from award-winning rapper, actor, entrepreneur and philanthropist Chris ‘Ludacris’ Bridges, who named and modeled the coming of age story about a young Black girl finding her voice and using it to change her world on his eldest daughter. Bridges was joined by Halcyon Person, Head Writer on the series for 9 Story Media Group (the series is animated by 9 Story’s Brown Bag Films). 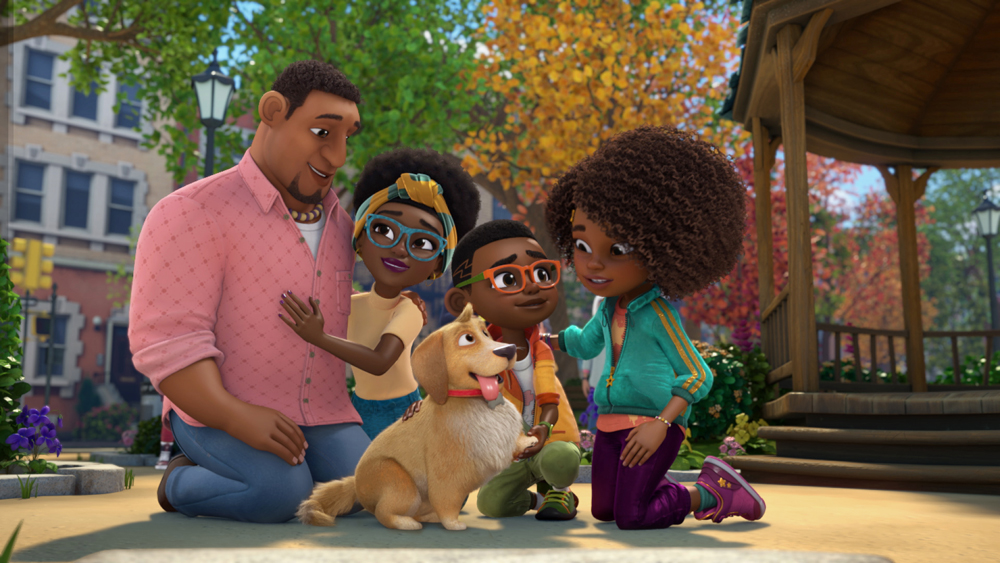 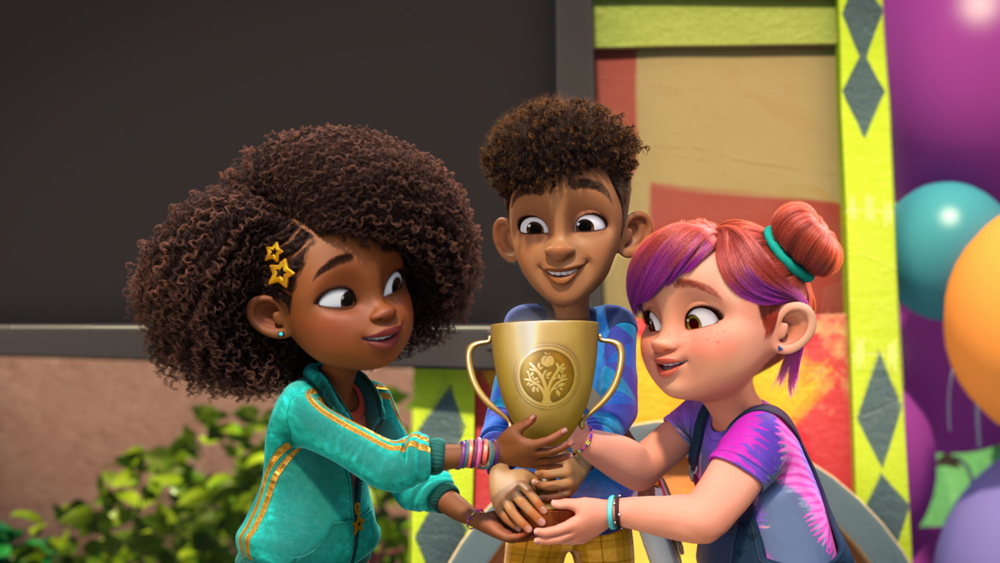 “As we all grew up, there was something that was like a staple of our childhood, that helped to form who we are as individuals … There were certain shows that helped build us, build our confidence, that we looked to — as a form of entertainment, but also just to brighten our entire lives up,” said Bridges, “and I think that’s exactly what I want Karma’s World to do for many children and many people in this new generation. And I just think it’s going to be something that’s gonna be a long-lasting impression on their entire soul … something that changed the world for the better.”

“Something [Bridges] said to me I think the first time we met was that the point of this show was to move hip hop culture forward, and I really feel like we’ve done that,” noted Person. “We have incredible music; music that every person, kid, adult, is gonna want to listen to over and over again … We have stories that I think are groundbreaking, that have never been seen before — certainly not for this age group and this audience. And we have a main character in Karma who I think the world is gonna fall in love with.” 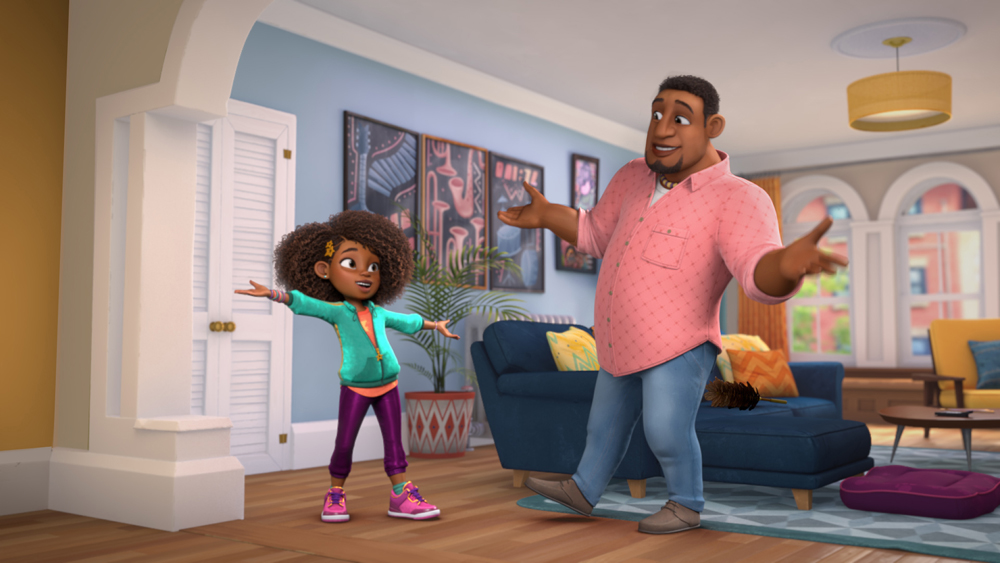 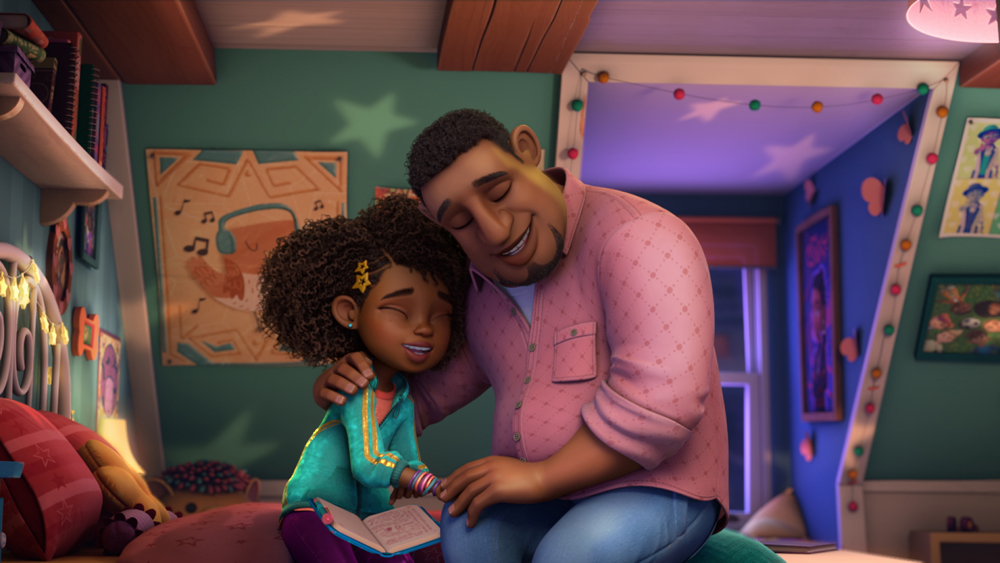