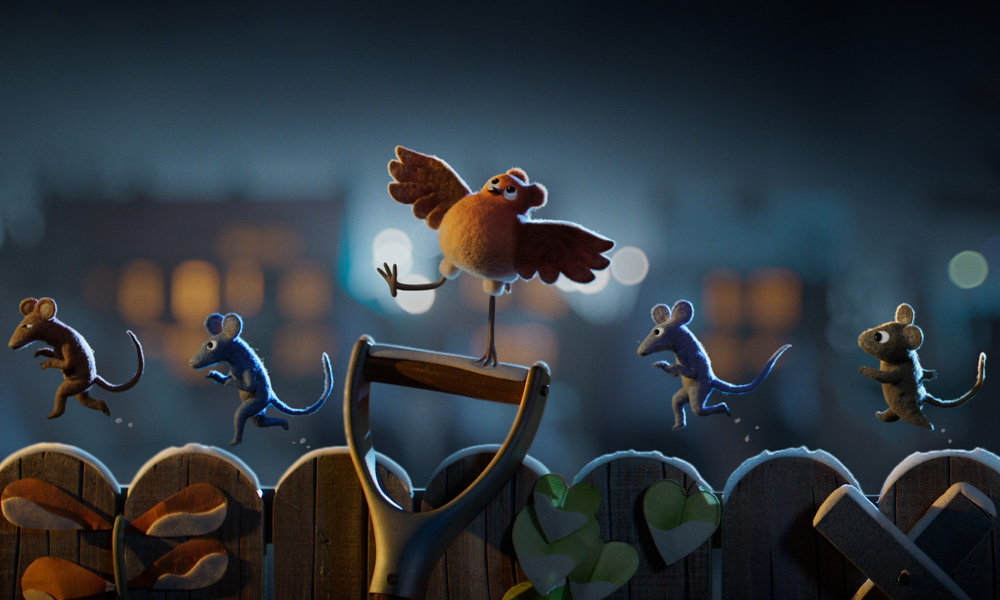 U.K. stop-motion gem mine Aardman Animations and Netflix are preparing to let their half-hour animated fledgling Robin Robin leave the nest this holiday season, hatching a charming release date teaser during the project’s Work in Progress session at Annecy today. The heartwarming short centers on a bird raised by a family of burglar mice who begins to question where she belongs, and sets off on a daring journey of self-discovery. Robin Robin is due to debut on November 27.

The session — punctuated by animatics, production art and behind-the-scenes clips — was moderated by Aardman’s Oscar-nominated co-founder Peter Lord (Pirates! Band of Misfits, Chicken Run), who introduced the trailer for this first in a slate of exciting collaborations between the studio and streamer. The special will be followed by another holiday adventure for Shaun the Sheep as well as a sequel to Chicken Run.

Reflecting on the experience of working with a studio story team on the project, director Dan Ojari (Slow Derek) noted, “I think the situation stayed the same, and the resolve, which is a robin who is adopted into a family of mice and how might she feel different, and it’s a story of her figuring out her difference — that element stayed the same. But there were huge areas that we didn’t have in at all, even just the idea [of] ‘the sneak’ which is [the mice] sneak into a house, when we started that wasn’t there. Initially it was just, how do we make a robin feel like she’s a bit different to a mouse? Maybe she just knocks stuff over and they’re really sneaky and quiet. Through the development we figured out that there needed to be a real practical kind of lifestyle thing that the mice do that Robin can’t do.”

Lord, a maestro of claymation, brought up that the filmmakers chose to create Robin Robin with felted puppets.

“We were very keen to really lean in to the stop-motion feel and aesthetic and do something that felt absolutely, unquestionably visceral and real,” director Mikey Please (Elliott from Earth) explained. “And I think there’s also something about felt that is quite — seasonal? It’s something that we’d associate with Christmas, and warmth, the softness of it. And also there’s something amazing about the way that felt lights, which is similar to other materials we’ve used in our short films like Plastazote, which is slightly translucent — felt as well has got that way of sort of absorbing light and being able to have this kind of beautiful glow about it, which we were very keen on.”

“But it was a big learning curve for us, as well, learning how to use it in a way that wasn’t going to be too distracting,” Please added. “And obviously there’s a huge wealth of beautiful felt films out there at the moment and we were trying to build on that tradition and do something that was very rich and colorful in its characterization.”

The session also dived into the collaboration with music duo The Bookshop Band (one of whom is Please’s brother), the production’s warm and autumnal blending of holiday hues and the vibrant family dynamics of Robin’s adoptive mouse family.

“I knew probably about halfway before [the directors] even finished telling me the story — and it must have been that practice of telling stories again and again, because I just knew immediately, with a great certainty, that this was going to happen, and it was going to happen at Aardman,” executive producer Sarah Cox (Chicken Run) recalled of her first Annecy meeting with Please and Onjari. 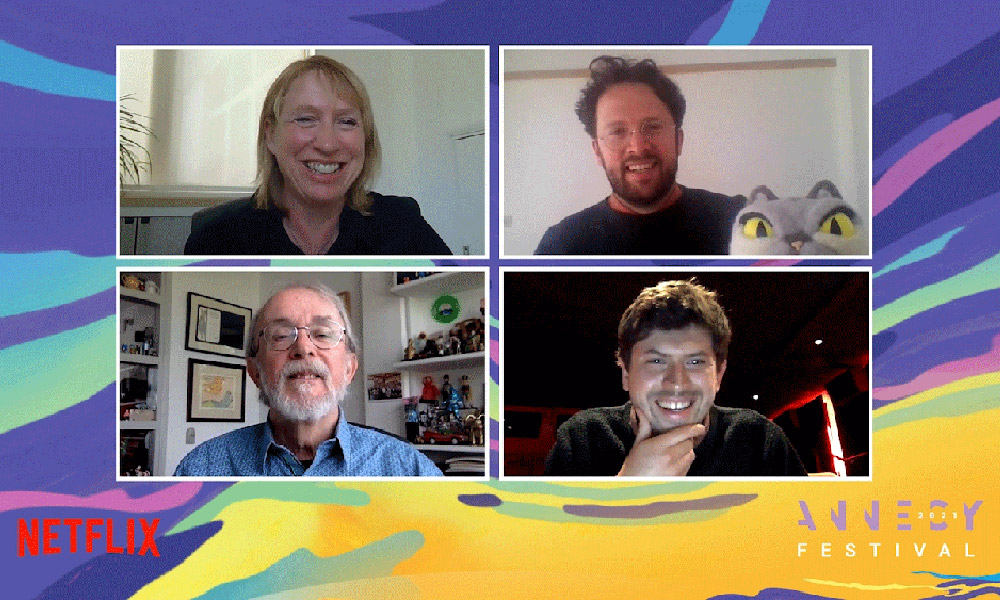