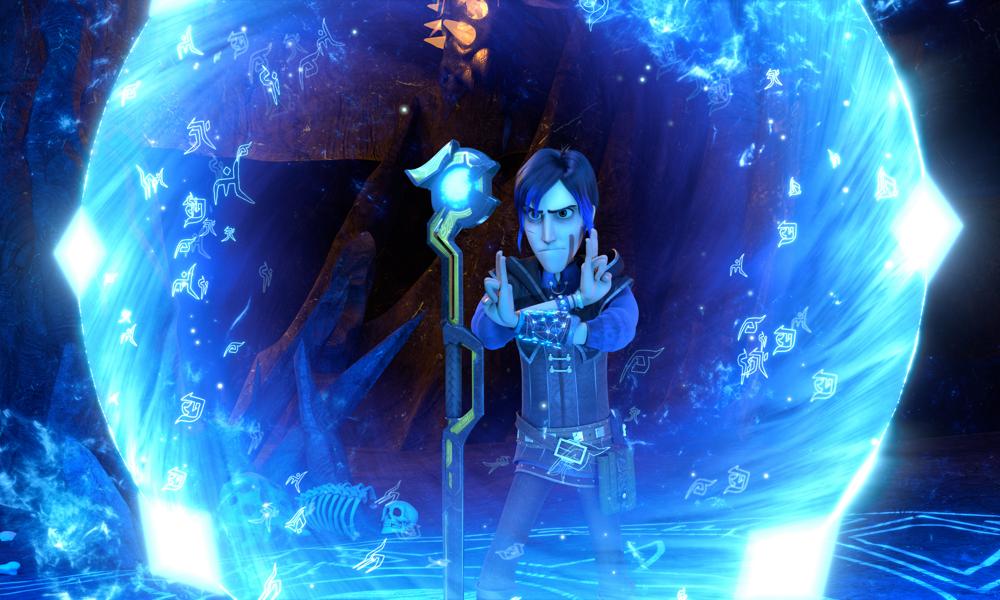 There’s a hidden rule written somewhere that all fantasy epics must end with a fantastic apocalyptical battle which determines the fate of the denizens of their worlds. Wizards — the third chapter of Guillermo del Toro’s much-hailed series Tales of Arcadia, which began with Trollhunters (three seasons, 52 episodes) in Dec. 2016, and continued with 3Below (two seasons, 24 episodes) — promises to deliver all of that and much more to Netflix viewers in July.

“It has been a long journey since Jim first woke up and rode his bike to school with his best friend Toby D.,” says exec producer Chad Hammes. “As we progressed through making the Arcadia trilogy, each series required us to push ourselves harder and harder, further increasing the narrative experience, production quality and complexity — and then Guillermo pushed us even harder! Wizards looks, feels and sounds like a bunch of mini feature films.” 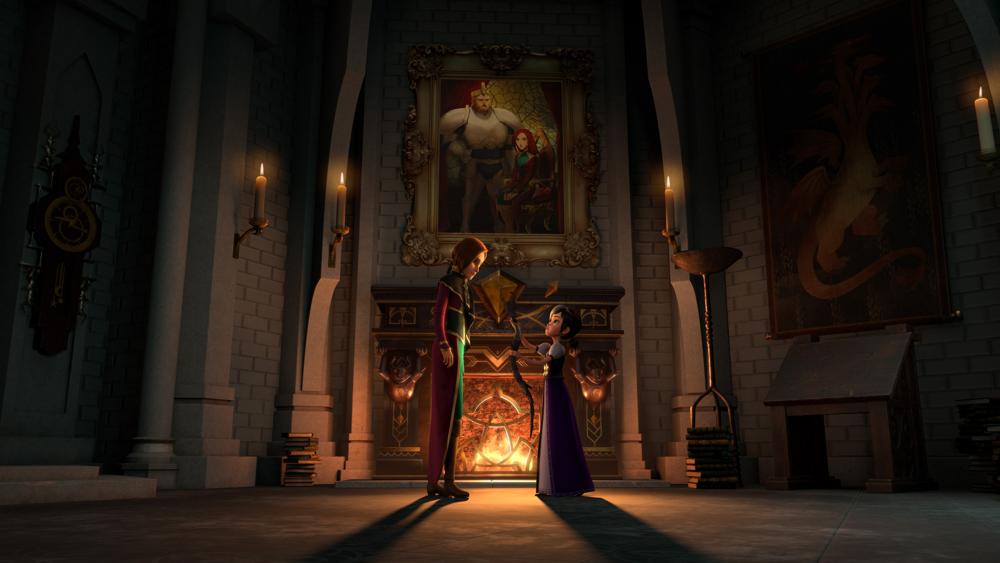 As the show’s exec producers explain, the team already knew that they were going to explore the world of Wizards even back when they were still writing and producing Trollhunters, but the first official meeting on the third chapter of the trilogy with del Toro took place in February of 2017. “We met with Guillermo and started the creative ball rolling,” says Hammes, whose many credits include Spaceballs: The Animated Series and DreamWorks’ Dragons. “How long did it take? That’s kind of hard to say since we are always in production. It’s necessary to be working on the next episodic series while still completing production on the previous episodic series. Animation takes so long, it all seems like a blur!”

Series veteran exec producer Marc Guggenheim, who also worked on the previous two Tales of Arcadia shows, points out, “Wizards is an interesting hybrid. On one level, it functions as a de facto Season Four of Trollhunters insofar as Jim, Claire and Blinky are back. But it’s also its own animal at the same time, particularly with the medieval setting and time travel element.” 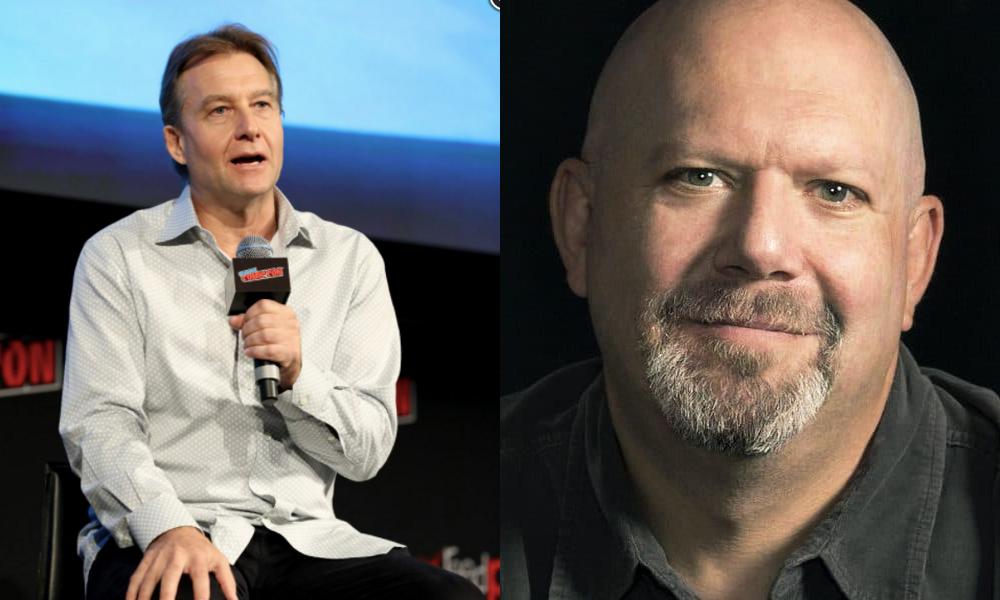 Hammes adds, “Wizards is different from Trollhunters and 3Below in many ways. Visually, Arthurian times is vastly different from the sleepy, not so sleepy town of Arcadia Oaks or the Akaridion sci-Fi world of civil war. Narratively, Trollhunters is a story of a hero’s journey. 3Below is more of a fish out of water story with strong messages about ‘belonging’ and ‘differences’. Wizards has a bit of a more sophisticated narrative for our audience which has grown in age over the years of our productions.” 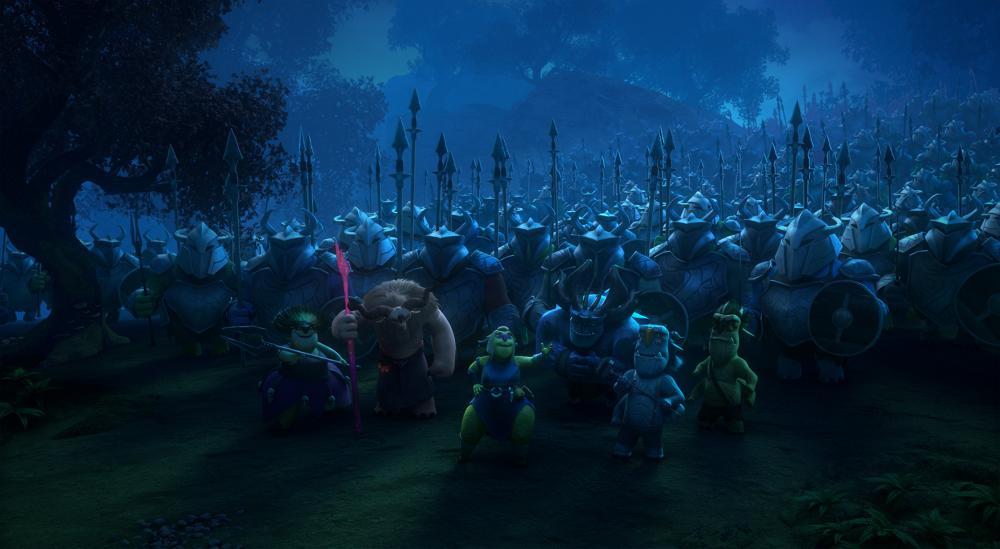 The producers both mention that the show’s animation team has been able to produce a visually stunning conclusion to the epic tale. “We always had this plan and there’s something really satisfying about crafting a narrative for a tight 10-episode season,” says Guggenheim, whose numerous credits include D.C.’s Legends of Tomorrow, Arrow, Vixen, Supergirl and Law & Order. “I’m continually blown away by the quality of the episodes and I’m glad they’re finally getting out into the world.”

For Hammes, the medieval world of Wizards allowed a chance to explore timeless themes of honor, grit, dark magic and fantasy. “The show’s primitive environments can be very challenging in CG animation. On one hand the medieval world is made up of limited resources (being in Arthurian times), while on the other hand magic makes the world limitless,” he says.

“On the one hand, we’ve gotten the chance to create a fully-realized medieval period that has allowed our artists, animators and designers to create some truly stunning, next-level images,” adds Guggenheim. “I don’t want to spoil where the series goes, but it truly is a third chapter of a trilogy. Elements from all three Tales of Arcadia series get woven together by the end.” 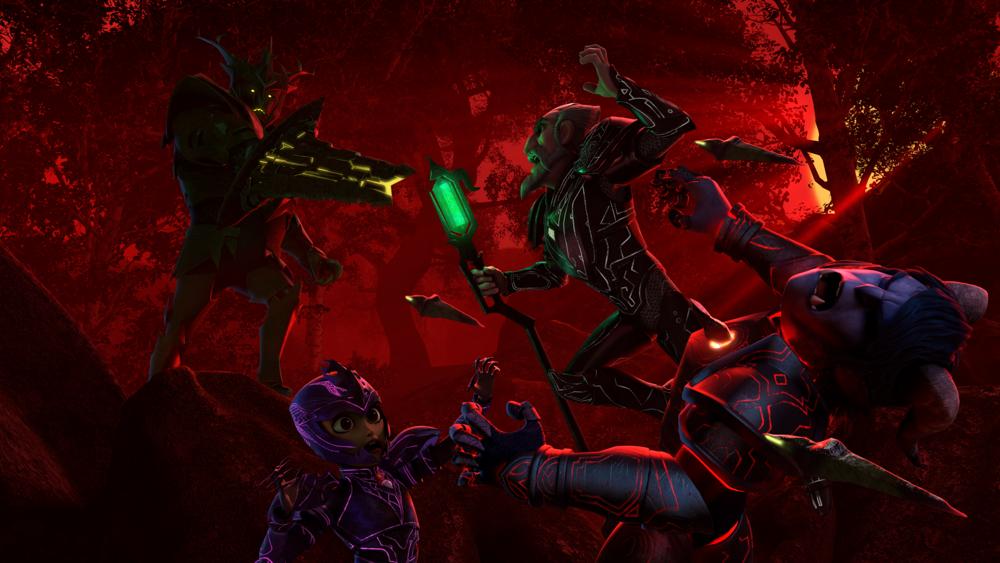 Of course, the writers/producers also realized that they had a huge responsibility to the fans to offer a satisfying conclusion to the multiple Emmy- and Annie-winning show. “The television and feature film landscapes are littered with failed third chapters and unsatisfying endings to trilogies,” says Guggenheim. “So the most daunting thing was to stick the landing. And there was an added degree of difficulty to the way we had to stick it because of something very exciting I can’t yet talk about!”

Hammes also mentions that the creative team strove to keep the audience wanting more. “After 78 compelling episodes of Trollhunters and 3Below, Wizards needed to fill some big shoes, and Guillermo reminded us of this — often,” says the producer. “When creating the final chapter to a trilogy there were challenges in trying to improve the overall look of the show due to the thousands of assets and large cast of characters (many built years ago) that need to visually hold-up in the new world with the newest character designs and tech.” 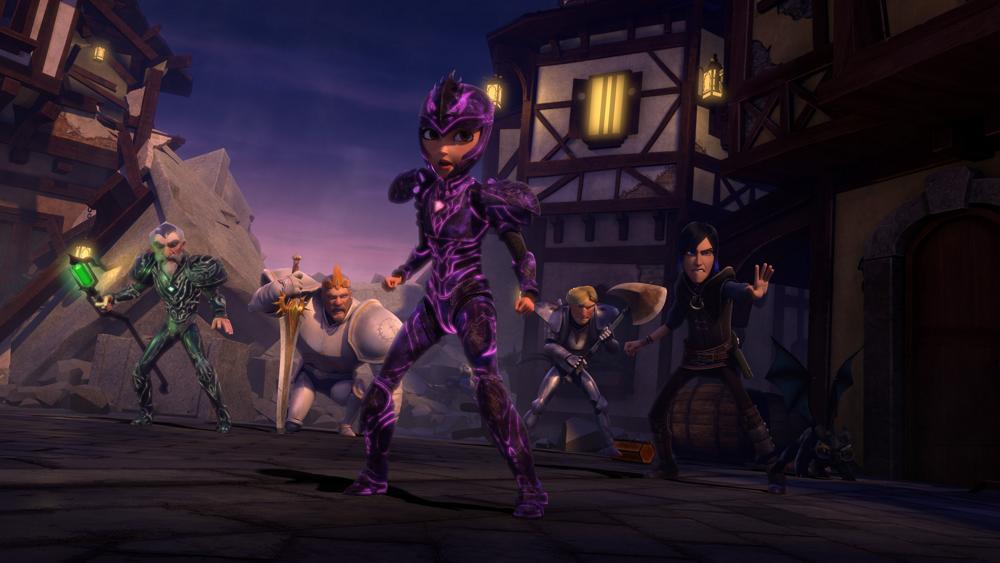 So, what do the animation veterans think is the secret of Arcadia’s timeless appeal for audiences? Guggenheim says he is not sure if he’s equipped to answer that, but he thinks it might have to do because the show appeals to fans of all ages and deals with universal themes like growth and acceptance. “Everyone who works on the show loves it and I think the audience can sense that and respond in kind,” he adds.

“I think we did as good a job as one can do when making an animated children’s show that captures a significant amount of viewers in all quadrants,” notes Hammes. “Sometimes when I watch a good series, I can sense that the crew loved working on the project. We have an incredible crew and incredible partner studios. Many of them have been with us from the beginning of Trollhunters.” 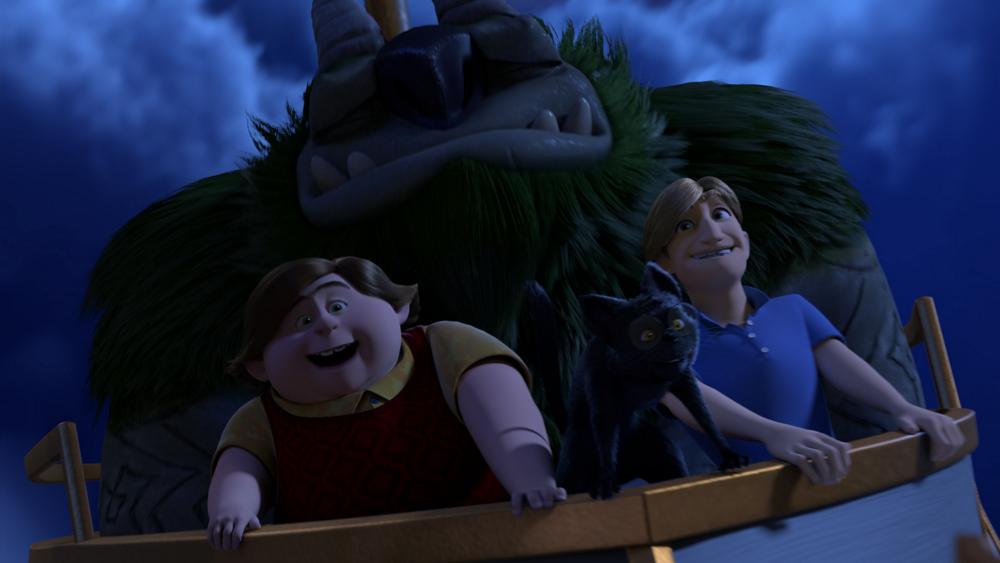 Hammes and Guggenheim are quite optimistic about the state of animation in 2020. “It feels like animation is the only kind of production we’re going to be seeing for a while, in light of the current pandemic,” says Guggenheim. Hammes chimes in, “We’re finding really interesting ways to keep productions working while we are in these unique social times. Honestly, the past few months have been busier than ever for me in this industry.” He also leaves us with these words of advice for animation newbies: “Work really hard. Work for good people … Or, at the very least, work for someone who you can always learn from!”

Wizards: Tales of Arcadia premieres on Netflix on August 7.