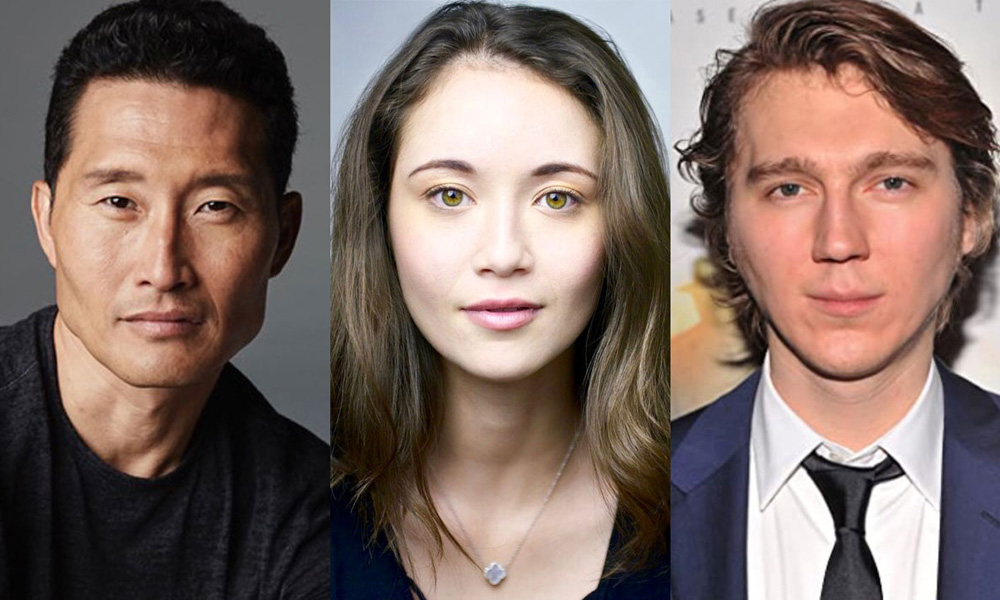 Based on a collection of short stories from Ken Liu about “Uploaded Intelligence,” or human consciousness uploaded to the “Cloud,” Pantheon is created and written by showrunner Craig Silverstein (TURN: Washington’s Spies, Nikita, Terra Nova) with Liu serving as consulting producer and Titmouse Inc., animation studio also attached. Produced by AMC Studios, AMC has placed an initial order for two seasons of the speculative fiction series consisting of eight one-hour episodes each.

“Ken’s engaging and thought-provoking short stories pave the way for a deeply gripping series, and I couldn’t ask for a greater group of talented voices to bring these complex characters to life,” said Silverstein.

In its first season, Pantheon focuses on Maddie (voiced by Chang), a bullied teen who receives mysterious help from someone online. The stranger is soon revealed to be her recently deceased father, David (Kim), whose consciousness has been uploaded to the Cloud following an experimental destructive brain scan. David is the first of a new kind of being: an “Uploaded Intelligence” or “UI,” but he will not be the last, as a global conspiracy unfolds that threatens to trigger a new kind of world war.

DeWitt will voice Ellen, Maddie’s mother who attempts to connect with her detached daughter and soon discovers Maddie is communicating with someone on the web whom she believes may be impersonating her deceased husband. Dano will voice Caspian, a brilliant computer science teen who comes to Maddie’s aid as they search for the truth. Eckhart will voice Cary, Caspian’s demanding father with rigid ways and Schilling will voice Renee, Caspian’s doting mother. Jaffrey will voice Chanda, a prized engineer who is considered a prophet in his field. Diamantopoulos joins as Pope; Rose as Nicole; Griffin as Samara; Livingston as Waxman; Cho as teacher; Durand as Anssi; McNairy as Cody; Roukin as Gabe; and Alabado as Hannah.