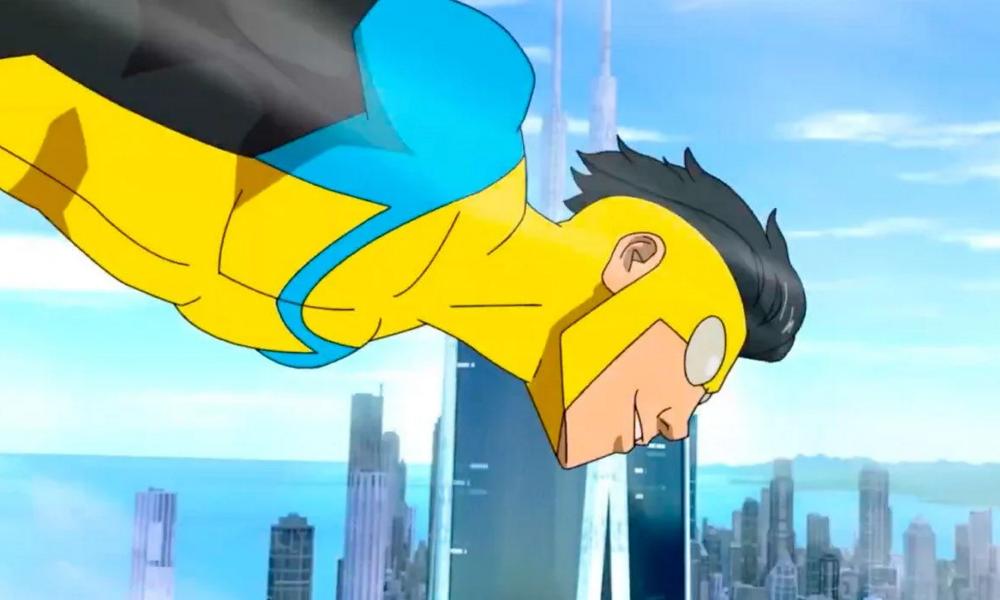 Amazon Prime Video today released a teaser trailer from Robert Kirkman‘s (The Walking Dead) upcoming, hour-long animated series Invincible, as part of Kirkman’s appearance at New York Comic Con’s Metaverse, which is now available to stream on the NYCC official YouTube channel. The hour-long, eight-episode series will premiere in over 240 countries and territories in 2021.

The teaser trailer gave fans their first look at what to expect from Kirkman’s television adaptation of his iconic comic book, including fan-favorite characters, high-flying action, and all the gore audiences have come to expect from the Invincible comics.

Synopsis: Based on the Skybound/Image comic of the same name by Kirkman, Cory Walker and Ryan Ottley, Invincible is an adult animated superhero show that revolves around 17-year-old Mark Grayson (Steven Yeun), who’s just like every other guy his age — except that his father is the most powerful superhero on the planet, Omni-Man (J.K. Simmons). But as Mark develops powers of his own, he discovers that his father’s legacy may not be as heroic as it seems.