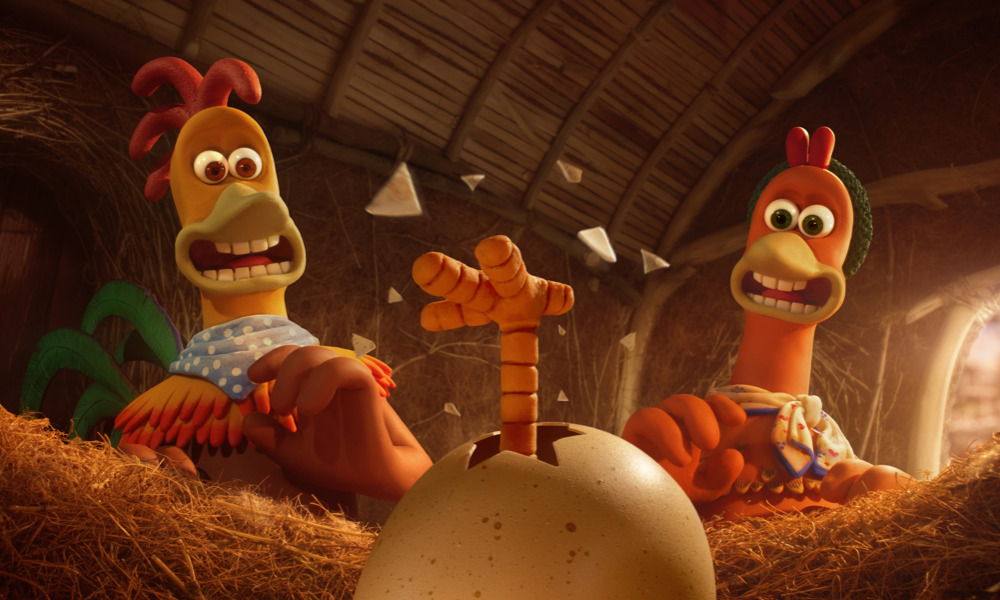 The announcement follows the first Aardman-Netflix collaboration, the musical holiday special Robin Robin, recently shortlisted for the Oscars and longlisted for the BAFTAs.

Chicken Run: Dawn of the Nugget, the eagerly anticipated sequel to the highest-grossing stop-motion animated film of all time (released in 2000), is pecking its way to a Netflix premiere in 2023. Lord writes, “Over the years, a sequel was often discussed at Aardman but the studio needed the right story and the right partner. Following Robin Robin, another collaboration seemed like a no-brainer and the perfect time to bring back our poultry heroes to the world.” New cast info and a first-look image debuted today.

Synopsis: Having pulled off a death-defying escape from Tweedy’s farm, Ginger (voiced by Thandiwe Newton) has finally found her dream — a peaceful island sanctuary for the whole flock, far from the dangers of the human world. When she and Rocky (Zachary Levi) hatch a little girl called Molly (Bella Ramsey), Ginger’s happy ending seems complete. But back on the mainland, the whole of chicken-kind faces a new and terrible threat. For Ginger and her team, even if it means putting their own hard-won freedom at risk — this time, they’re breaking in! 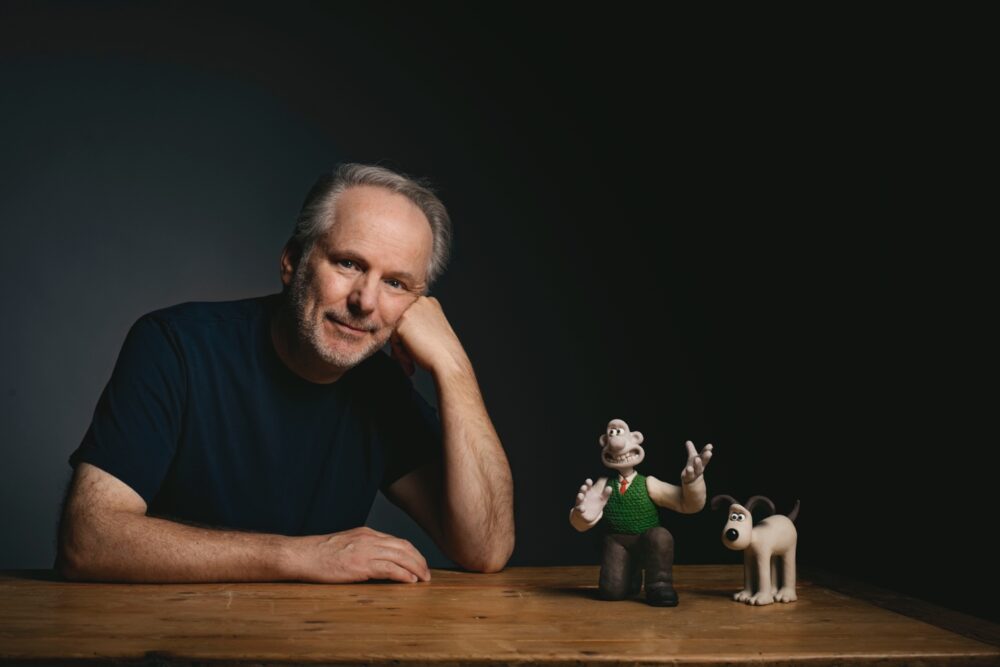 As for the next grand outing for the lovable but rather harebrained inventor and his taciturn canine foil, the as-yet untitled Wallace & Gromit film will premiere in 2024 exclusively on Netflix around the world — except in the U.K., where it will debut first on the BBC before also coming to Netflix.

In the new movie,Gromit’s concern that Wallace has become over-dependant on his inventions proves justified, when Wallace invents a “smart gnome” that seems to develop a mind of its own … As events spiral out of control, it falls to Gromit to put aside his qualms and battle sinister forces — or Wallace may never be able to invent again!

Stay tuned for further announcements! (And make sure your trousers are safely powered off before you run out to spread the news.)