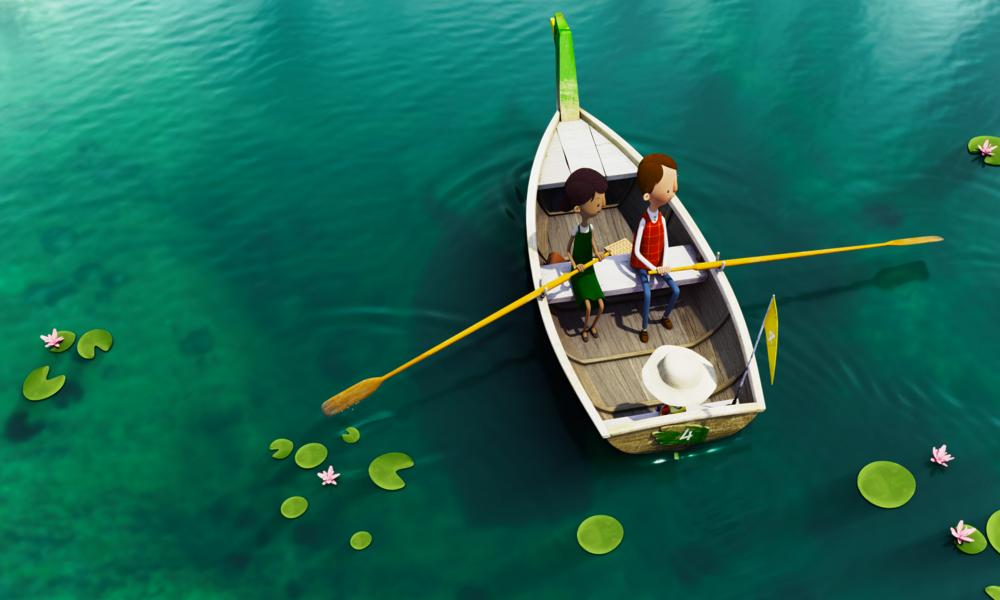 Irish children’s author and illustrator Oliver Jeffers’ 2017 book Here We Are: Notes for Living on Planet Earth is the kind of charmingly illustrated and conceived project that lends itself well to animation. So, it’s no wonder that Studio AKA (Hey Duggee, The Amazing World of Gumball) animation producer Sue Goffe and director/writer/exec producer Philip Hunt jumped at the chance of adapting the book as a special for Apple TV+, premiering Friday, April 17 ahead of the 50th annual Earth Day on April 22.

As Goffe recalls, “We’d been discussing with Oliver Jeffers what project we would like to do together next, as we were developing a portfolio of his books that we’d like to adapt to film, when Oliver showed us pencil sketches of his new book. There was no doubt this had to be the next film Studio AKA made.”

Fortunately, this coincided with a very early meeting Goffe had with Tara Sorensen, Head of Kids’ Programming at Apple. “We pitched the film to her and together decided we would want to launch the animated short film for the 50th Anniversary of Earth Day,” says the producer. Together with Apple, the team developed the script and design/concept work in early 2018.

A team of about 60 people worked on the project at Studio AKA’s London space. The production used Maya for the majority of the 3D work and Arnold for rendering, Houdini for some 3D effects work, Nuke for compositing, TVPaint for 2D animation and After Effects for some 2D comping. Substance Painter and Photoshop were also employed for texturing, while ZBrush was used for modelling, Photoshop for design work and Resolve for grading, per Angela Edmonds, animation producer for Studio AKA. 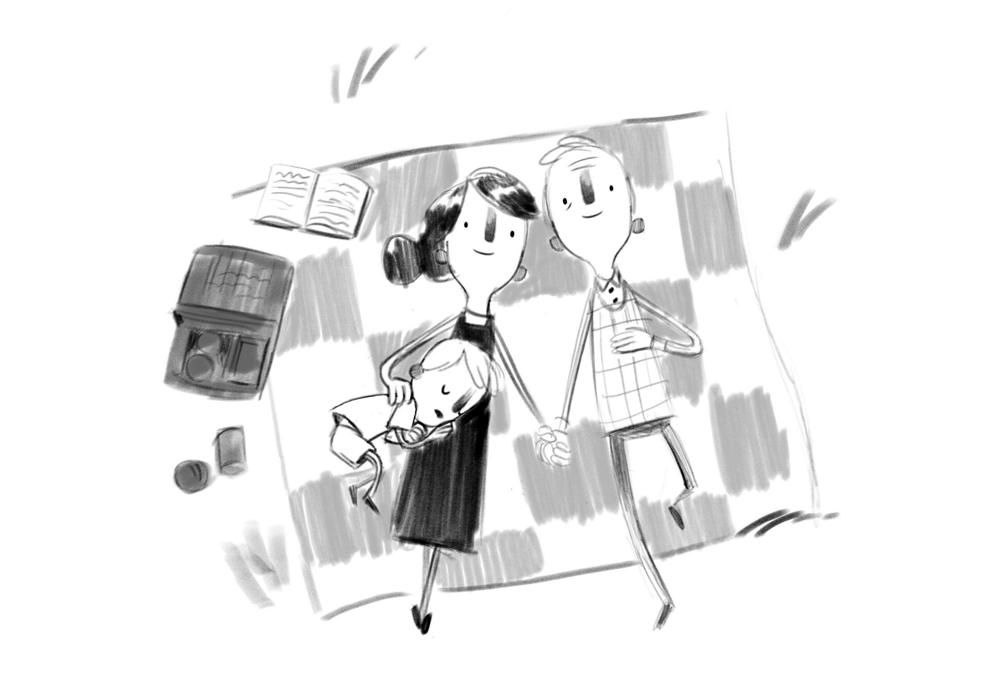 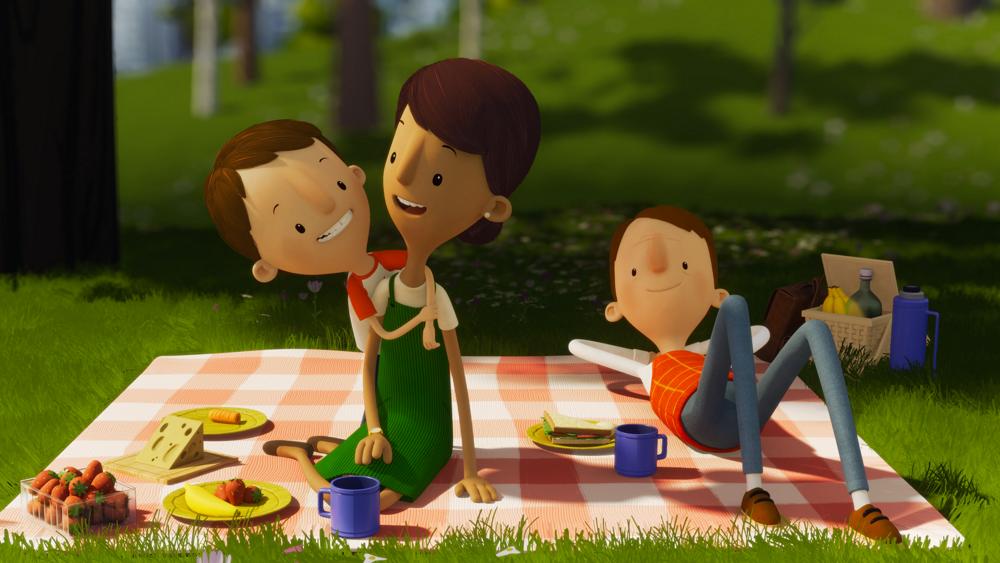 Hunt, who also helmed the award-winning special Lost and Found, the 2008 adaptation of a previous Jeffers book, says there are many reasons he looked forward to this new collaboration. “Oliver is extremely dedicated to this project and truly brought a worldly touch as he worked closely on aspects of the film with us from wherever he was in the world,” the director notes. “Since adapting his bestselling Lost and Found into a BAFTA-winning film, we have maintained a regular working relationship. It was Oliver that set everything in motion by trusting us with his early sketches and ideas for the as-yet unpublished book on which the film is based, and once we had seen them, we were hooked.”

Hunt mentions that the key to the special relationship with the author is that he is never interested in creating a simple “moving version” of his books. “Oliver is always looking for what animation can bring, or what else can be brought to the story, and his collaboration and encouragement were vital in finding our way with Here We Are,” says the director. “His linework and color sense are always exploring new directions, and he provides much of the artwork used in the film.” 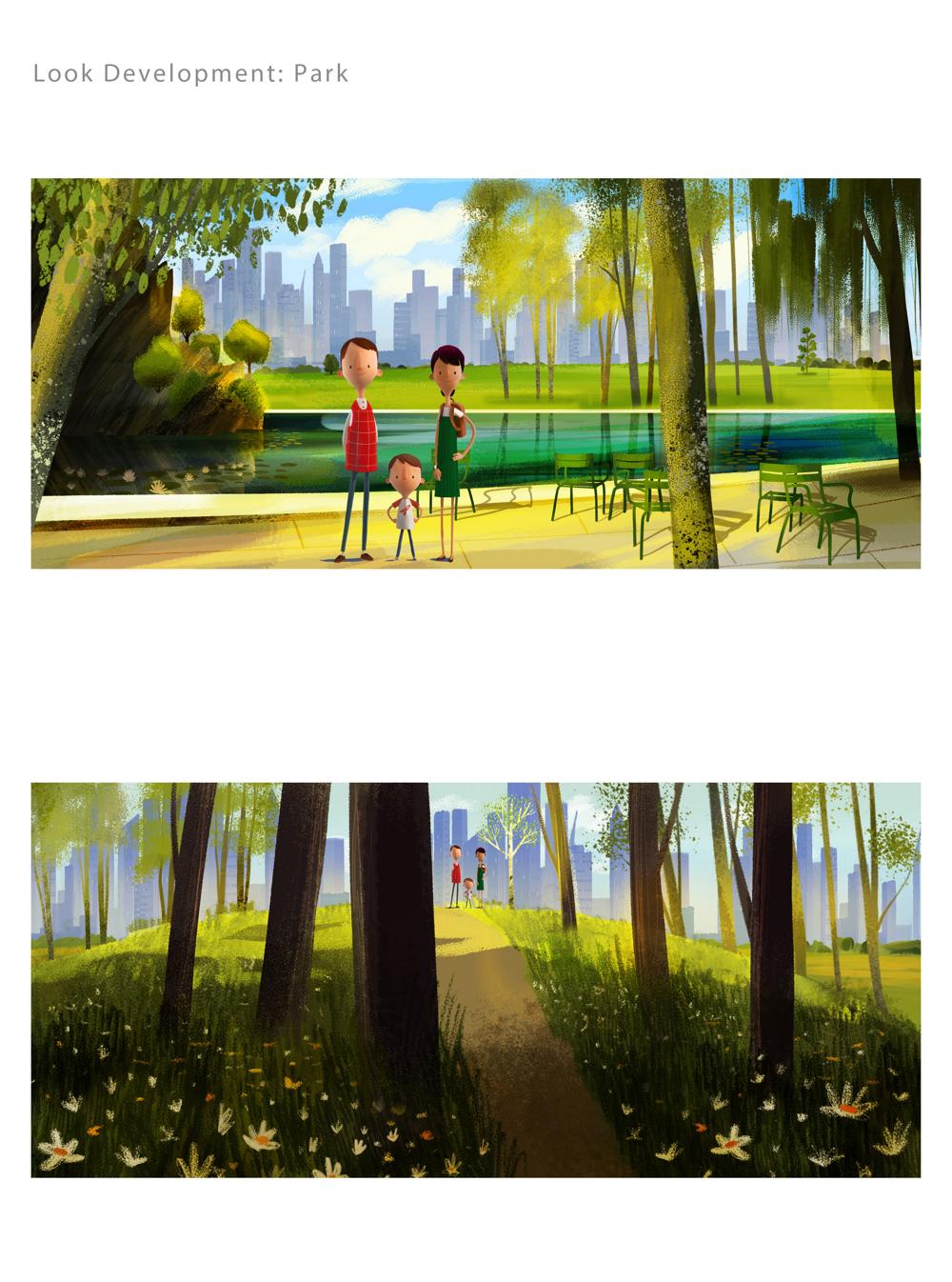 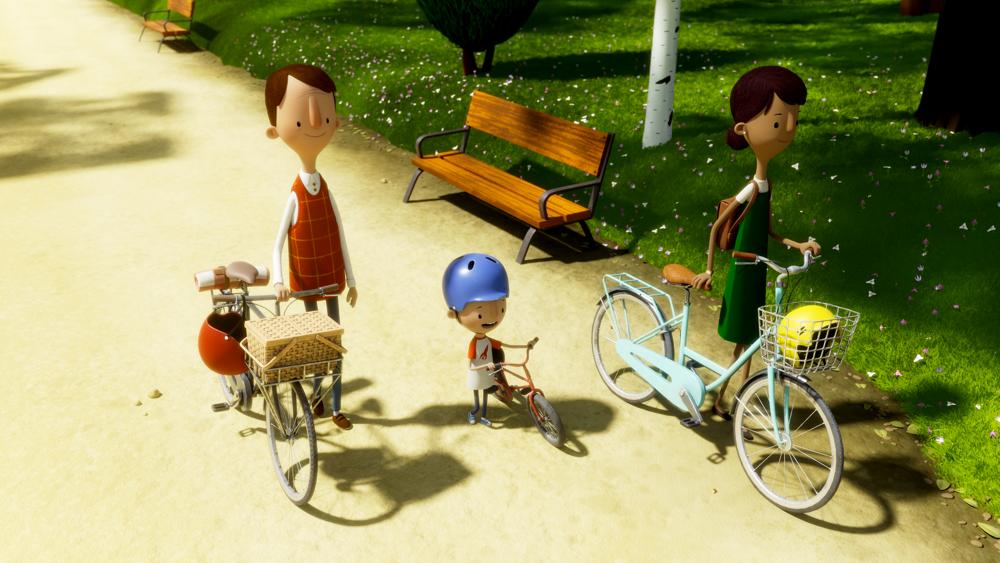 According to Goffe, one of the project’s biggest challenges was delivering the short film on time. “We hit several creative and technical challenges along the way that impacted the schedule, but as April 22 this year is the 50th Anniversary of Earth Day, slipping the launch day back wasn’t an option,” she explains.

Beyond the practical concerns, the team was driven by the desire to ensure that Oliver Jeffers’ voice could be heard through the dialog and the spirit of his beloved book could be recognized by his fans. “Here We Are is not a regular picture book. As a ‘beginner’s guide’ to Earth, it is an uplifting snapshot of life on our planet, and what it means to those who call it home,” explains Hunt. “The film is inspired by the book to tell a bigger story, and Apple wanted to bring out the perspective for a wider family. The idea of introducing the world to a child ‘one thing at a time’ remains anchored as a pivotal story point. But, we realized that by placing the storyline a few years down the line, the child could better engage with both the world — and his parents — and open up the story to the full potential of a family experience and interaction with the film.”

The director also points out that structuring this story into something relatable while allowing the project to maintain a strong sense of lyricism was an adventure in itself. “We were fortunate enough that our co-writer Luke Matheny was able to help us find the balance we were looking for,” he notes. “In the final film, we are afforded a glimpse into the beautiful logic of children — and how baffling it can be for parents — expressed in moments of wonderment, worry and whimsy to which everyone on Earth can still relate.” 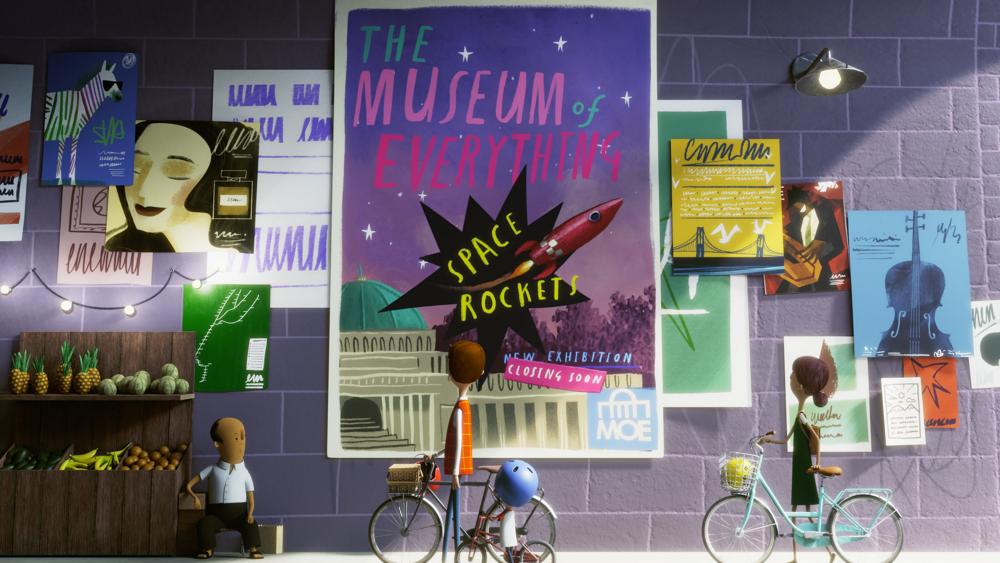 Hunt is quite proud of the fact that the animated version of the book has developed into something that feels unlike anything else out there for a broad audience. “Despite the expansion of the narrative, Oliver’s hand remains across the film,” says the director. “We love the way we’ve managed to include so much original artwork from Oliver into the film, so that his visual signature can be felt across the story. This has been a very special project and we’ve loved bringing this book to life.”

He is also quick to give credit to the project’s wide range of talent that came together from all corners of the world to make it happen. “It has been a very collaborative project across the team and the work of everyone involved made for a hugely enjoyable experience,” says Hunt. “We were lucky enough to secure Manddy Wyckens as art director, and she skillfully guided the production design team to find our interpretation of Oliver in the film. Meanwhile, animation supervisor Laurent Rossi conducted our animation team to pull moments of nuance and humor out of the performances. The CG team, under the supervision of James Galliard, achieved incredible depth and warmth from sets and characters, and this went on right across the team we assembled. The joy of adding a score by Alex Somers and sound design by Adrian Rhodes was always going to be the icing on the cake, and we can’t wait to share it with audiences around the world.” 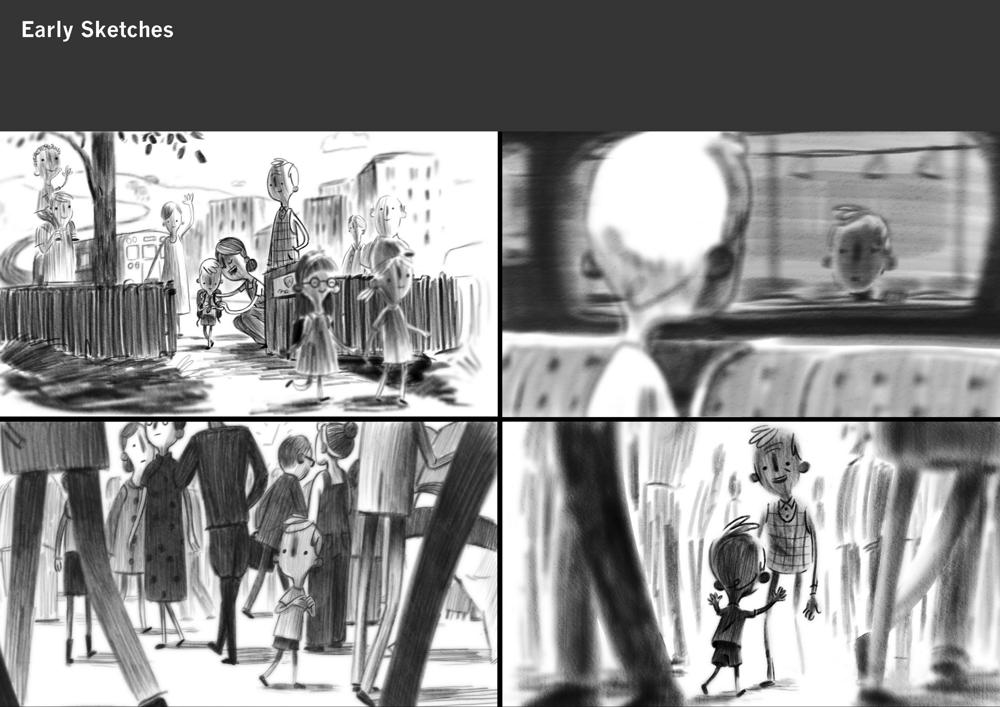 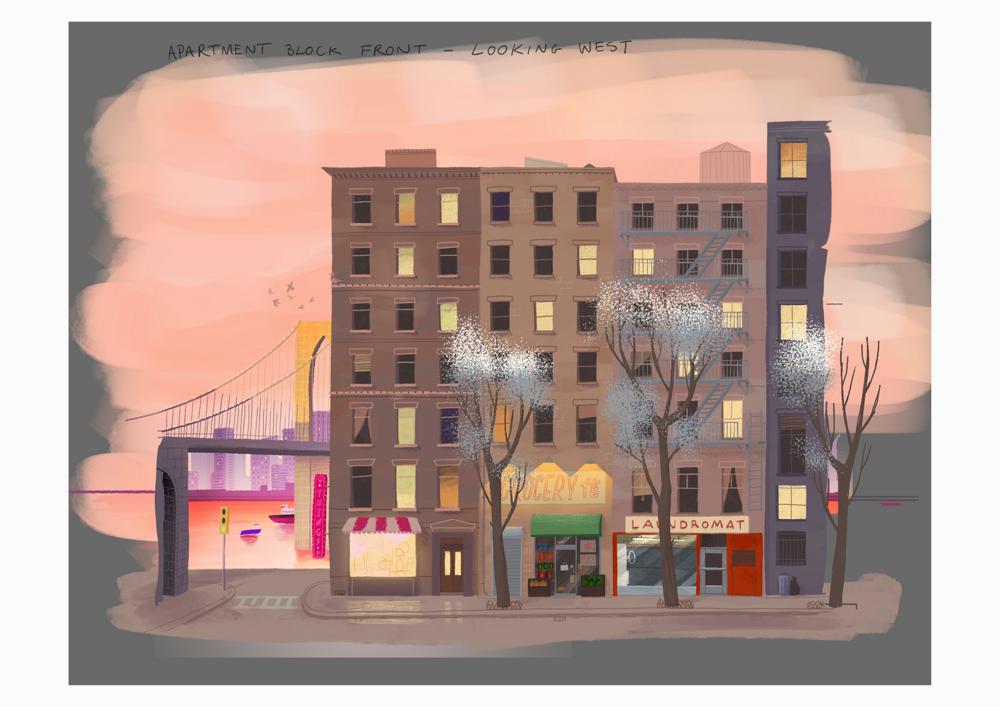 One of the production’s secret weapons is its stellar voice cast, which includes Meryl Streep as the narrator. “Working in partnership with Apple, we all agreed that the narrator needed to embody a presence, a nurturing voice that united us all in support of a bigger mission — and that was Ms. Streep,” says Goffe. “Meryl Streep loved Oliver’s book and is passionate about the environment — and we were humbled to get her, along with the other amazing voice cast.

Casting Jacob Tremblay (Room) as Finn came about after a brilliant suggestion from Apple’s head of casting. Goffe says it was joy to hear his exuberance and wonderment throughout the film as he comes to an understanding of the world, and his place in it. “He truly is the anchor to the film and has brought a wide-eyed perspective to the little things that we can do to make a bigger contribution,” she adds.

“As the voice of the book, the character of the father was personal to Oliver, and from the outset, Chris O’Dowd was always our first choice for the dad,” she notes. “We wanted someone Irish, and he has the perfect mix of warmth and comic timing, and his performance was a gift for the animation team.  In opening up the narrative to bring the family into focus, we wanted the character of the mother to set the tone and act as a calming presence throughout. Ruth Negga was our choice for the mum and she brings a wonderful calm, maternal quality to her beautiful performance.” 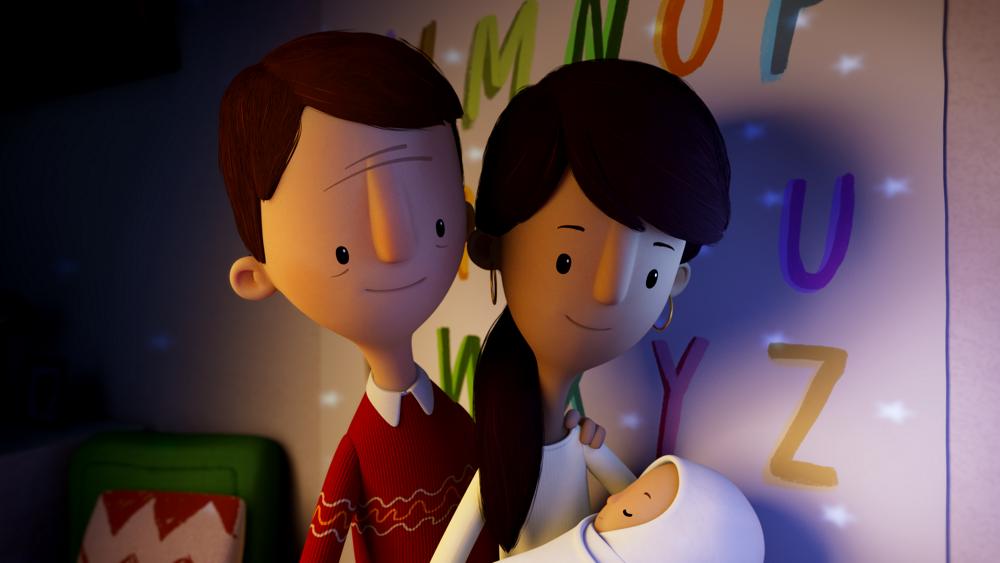 Hunt and Goffe both see the new special as a love letter to the planet, told not only from the perspective of a new parent, but also shifting the gaze to look through the eyes of a curious child. “For a family who wants to make sense of a world that can be a bewildering place, the messages are simple, and never more prescient,” says Hunt. “This is a timely story for young and old alike, and we think it will resonate with new parents and young families in particular. If we can bring an audience together even for a moment in appreciation of the film, then we will have honored what Oliver sought to do with the book.”

Here We Are: Notes for Living on Planet Earth premieres on Apple TV+ on April 17. Add it to your Up Next list at this link. 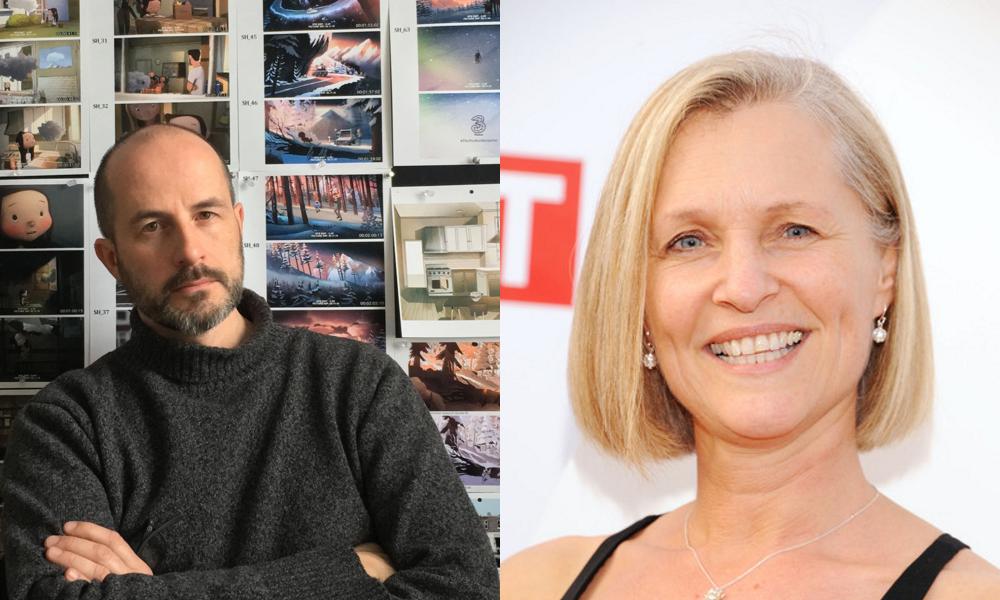