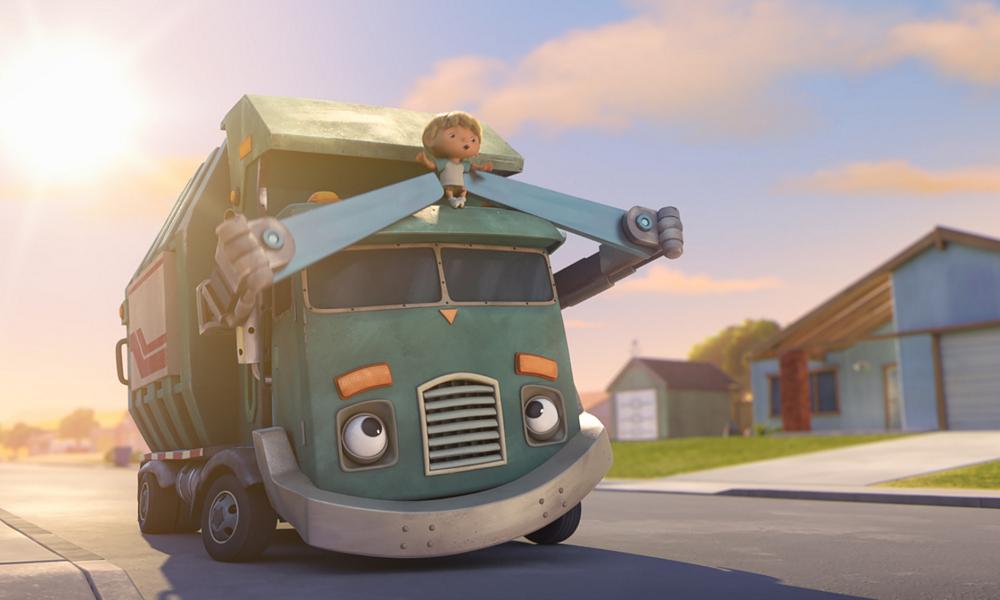 Many preschool kids have a peculiar obsession with giant trucks. So, it’s no big surprise that Netflix’s hot new animated preschool toon features a little boy named Hank and his best buddy, a trash truck simply called Trash Truck. The beautiful CG-animated show also features the central duo’s posse — Hank’s little sister Olive, Miss Mona the mouse, Donny the raccoon and Walter the bear — as they explore the sun-kissed farmland around them and have amazing adventures together.

The promising new show is created by Max Keane, production designer of the Oscar-winning short Dear Basketball, who is the son of iconic animation veteran Glen Keane (Over the Moon). Along with Max, Glen Keane and Gennie Rim (Over the Moon) also serve as exec producers. In fact, the production is quite a family affair, as the voice cast includes Glen Keane as Grandpa/Trash Truck, Max Keane as Dad, Henry Keane as Hank, Megan Keane as Mom and Olive Keane as Olive, as well as Brian Baumgartner as Walter, Lucas Neff as Donny and Jackie Loeb as Miss Mona.

The lushly animated series was actually inspired by Max’s son Henry’s love for garbage trucks. “When Henry was about one and a half, he was obsessed with the garbage truck. He would wake up from naps saying the word ‘trash!’ When we walked down the street he would have to close every lid of each garbage can he saw, and when the trash truck came by our house it was a big deal. We would all run to the window or stand outside and wave and watch as the trash truck came and dumped our trash can.”

Everybody Loves a Good Truck

Max and his wife loved to share Youtube videos of garbage trucks with their son, and that’s when Max realized there were millions of views for some of these clips. “I realized that there were families all over the world rallying around their kids’ love of the garbage truck,” he notes. One morning, he actually understood his little boy’s fascination with the large vehicle. “I stood there and stared at all the interesting shapes, lights, grimy hydraulic hoses and machinery. That’s when I saw it, I realized what Henry was so excited about. This truck was amazing! Then, as the trash truck drove off with a rumble, the driver honked a couple cheerful honks. And as the truck drove down the street Henry leaned out of my arms and said, ‘Bye, bye, truck!’” 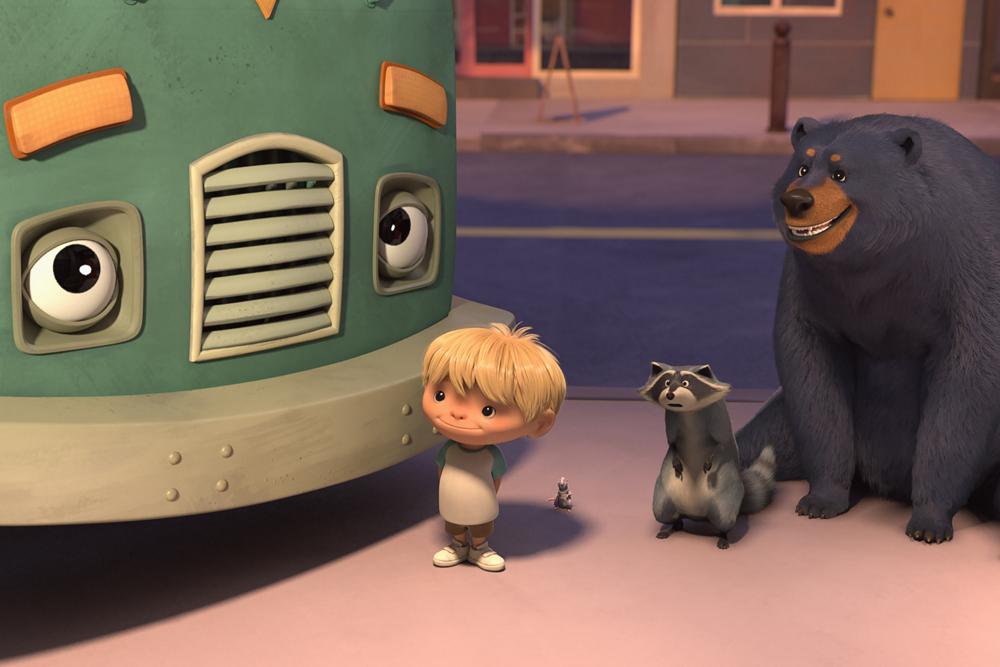 When Max Keane told producer Gennie Rim and his dad about the idea, they encouraged him to develop his show idea further. Around that time, story editor and creative producer Angie Sun also joined Glen Keane Productions and helped shape and form Trash Truck into a kids’ show. Keane also knew that he wanted the show to have a look and feel that was specific to a place he remembered from his own childhood. He contacted Leo Sanchez Studio, and together they created an animation test that sold the idea to Netflix’s Melissa Cobb, VP — Kids & Family, and Dominique Bazay, Director — Original Animation.

The show, which became one of Netflix Animation’s first projects, began production in March of 2018. “It was really exciting and fun being one of the first shows to start in production and watch how fast the studio grew around us,” recalls Max. Dwarf Animation Studio in France is producing the animation for the series. Max notes, “The studio is founded by Olivier Pinol, who has a great team of talented artists that did an amazing job on Trash Truck. We worked closely with Dwarf Studios to push the bar on what is typical in a preschool show. I am really proud of the results we achieved together. Also, Kevin Dart and his team at Chromosphere, which includes Sylvia Liu and Eastwood Wong, did all the production design and gave Trash Truck its appealing style through their unique sense of shape, color and lighting. They also did some really nice 2D animation that we see playing in the movie theater episode.” 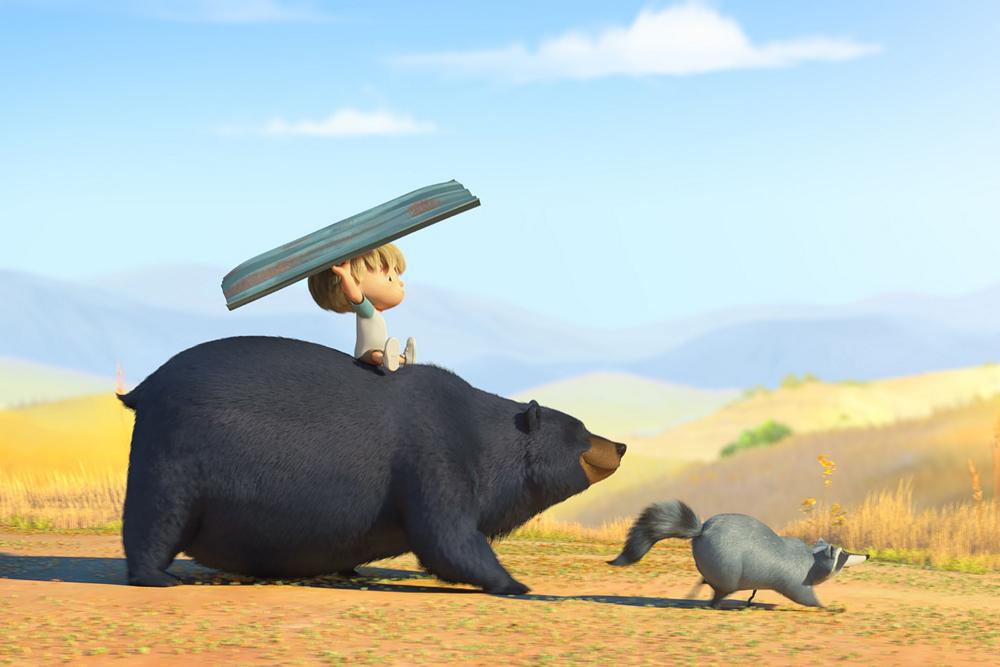 According to Max, the production mainly uses Photoshop, Toon Boom and Flix for storyboarding (“as well as a bunch of Post-its and Sharpies.”) They also use Shotgun for animation reviews and all CG production, Avid for editing and Evercast for final sound mixes. He adds, “For all our virtual meetings we used Zoom and also used Slack throughout the production to stay in contact … and lots and lots of Gifs!”

A Little Help from His Friends

When asked about the specific challenges of the production, Max replies, “Well, I’m a first-time showrunner, and that meant everything was a big challenge. But I was really fortunate to have an amazing production team around me and the support of our executive producer Gennie Rim, who gave me the confidence that we would solve any challenges that arose. More specifically, it was always a challenge trying to balance the time between work and family. Fortunately there was a lot of crossover and I could see my family while I was working, but it was still a challenge.”

Looking back, Max says he never really thought of Trash Truck as specifically a preschool show. “I like to think of the classic Disney animated shorts or films like My Neighbor Totoro, where they weren’t made for a specific demographic and you can enjoy watching it at any age. That to me makes the show feel special.” 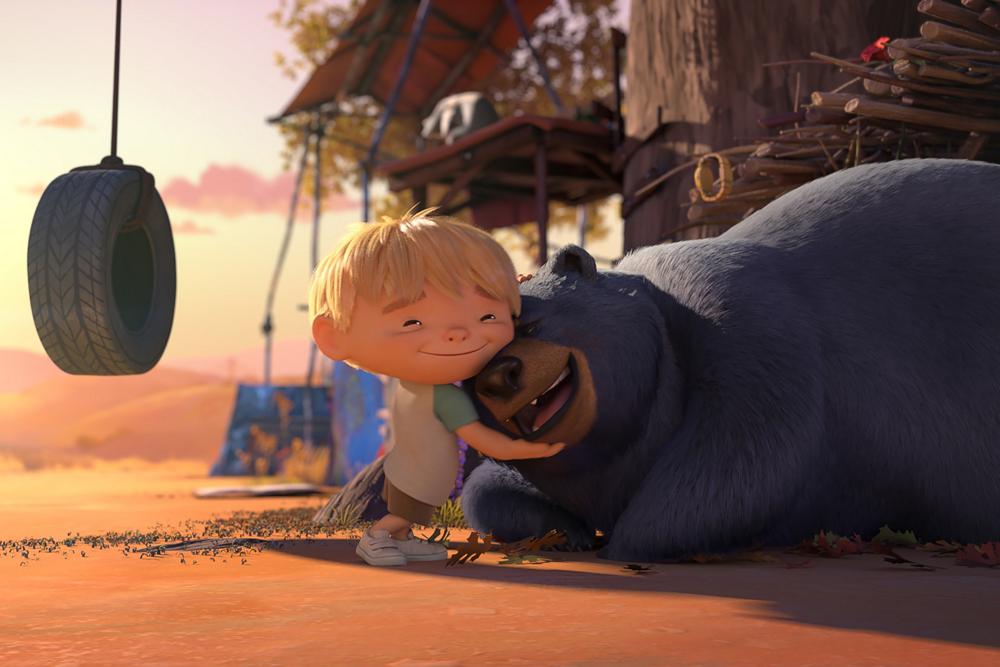 He also hopes that an audience will notice the unique quality of the show. “We worked really hard to push the bar on what is typically seen in preschool. From character designs that Glen and I worked on, to the animation, lighting and rendering from Dwarf Studios, to the impressive music and score that Scot Stafford, Alexis Harte and their team the Pollen Music Group wrote and recorded, to the rich sound design from Jamey Scott, have all pushed Trash Truck to be something truly unique and special.”

Max also praises the show’s relatability and the appeal of its charming characters. “I wanted Hank to sound like a real six-year-old boy and his sister Olive to sound like a real five-year-old girl. So I asked my kids Henry and Olive if they would do the voices of Hank and Olive. That authentic quality to a kid’s voice really grounds the show. I also wanted Hank and Trash Truck to have a genuine connection, I wanted Trash Truck to sound gentle and funny and caring. So, I asked Henry’s grandpa, my dad Glen, if he would do the voice of Trash Truck. Growing up, my dad would tell stories or play with me and he would make lots of sound effects, and I just knew he would be a perfect Trash Truck. Glen did an amazing job at honking and grumbling and creating a voice for Trash Truck!” 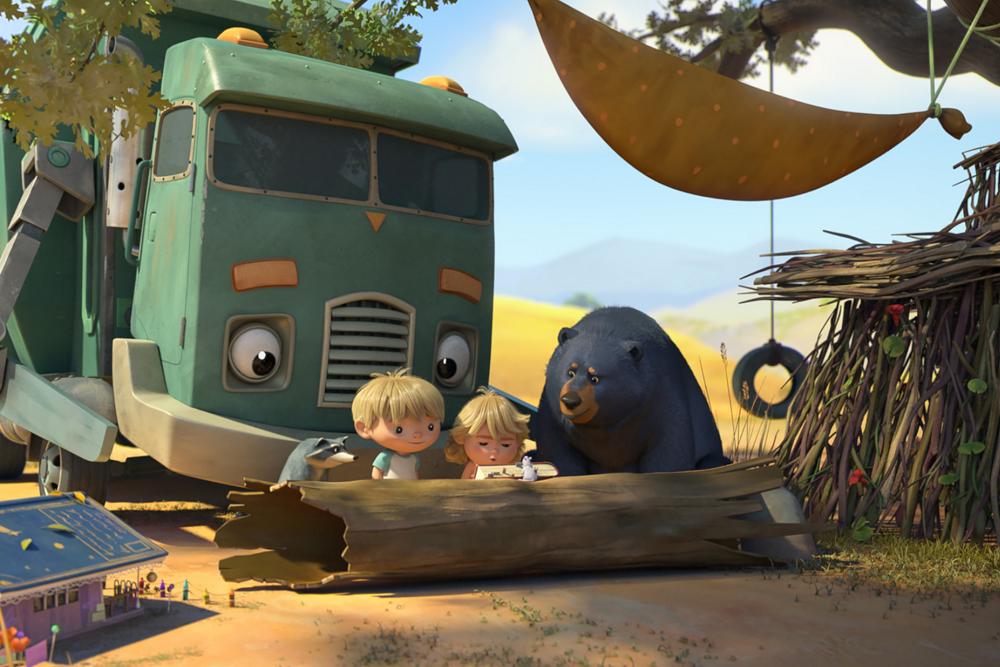 Max says there is one thing he really wants audiences to take away from his show: “I want them to see this show and experience it as a comfortable place that they get to slip into and have a little break or escape from the day. And hopefully they can enjoy watching it while sitting next to a friend or someone they love.”

We had to ask Max if his dad ever gives him advice on animation. He replies, “The answer is yes! Lots of advice and wisdom… I just can’t remember what he said. I am only partly joking, my dad really does offer so many valuable words of advice. I wish I could record them all and listen back to them because they are all inspiring, practical and challenging. I just hope that somewhere that advice is still bouncing around in my subconscious and will surface when I need it most. The one that has resonated with me the most, and isn’t necessarily related to animation … My dad has always encouraged others and myself to ‘be you.’ It’s simple advice but I think it’s one that I will often forget or overlook as important. But it is good advice for anyone and will always keep you honest in what you are making.” 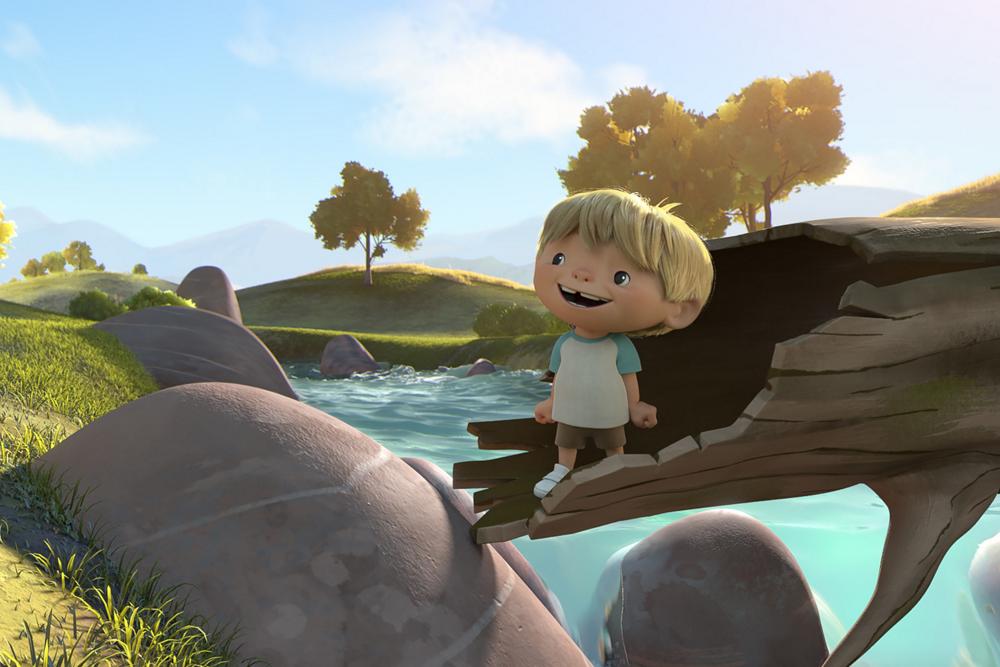