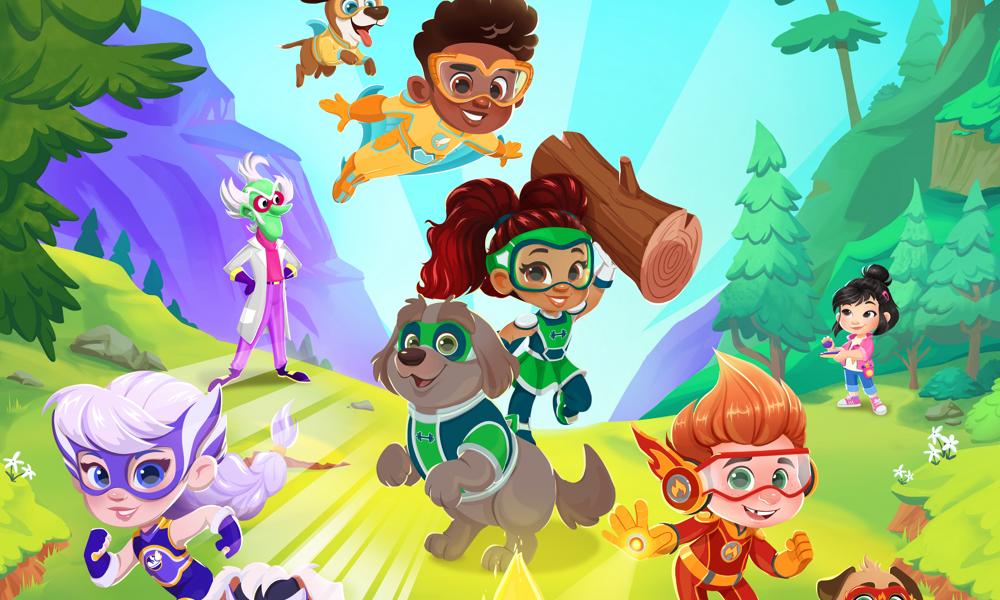 Where do superhero kids – and their super-powered pets – go to learn to use their powers and save the day?

S.M.A.S.H. is a one-of-a-kind sleepaway camp located on Lake Sebastian in Bavaria, Germany, where four amazing kids with superpowers from all corners of the globe – Streak (from St. Petersburg, Russia), Rocket (Cape Town, South Africa), Flare (Glasgow, Scotland) and Vitória (São Paulo, Brazil) – are preparing to become the next generation of superheroes. And their super-powered dogs – Felicity, Lightning, Blaze and Rio – are training to fulfill their destinies as superhero sidekicks.

At the center of this super heroic action team is Mei Lien, a clever and charismatic mechanical genius from Guangzhou, China. Mei Lien is the Camp S.M.A.S.H. equivalent of James Bond’s “Q”, and even though she doesn’t have superpowers, this Super Camper is super smart, and she’s constantly inventing customized vehicles and accessories for her teammates – often with the help of her mechanical pet, a puppy-like A.I. named “Ping.”

Created and executive produced by Allen Bohbot, based on an original idea by Kaaren Lee Brown, developed for Television by Kaaren Lee Brown and Kiersten Halstead and illustrated by Mel Bontrager, S.M.A.S.H! is planned to launch in 2022 worldwide from the same creative and production team as the international hit Super Monsters.

“We have built a great team of writers to bring the S.M.A.S.H! adventures to life, including Josh Haber (My Little Pony: Friendship Is Magic, Skylanders Academy, Spider-Man) and Eric Rogers (Skylanders Academy, Futurama, Brickleberry). We are also fortunate to have a fantastic production team to build out the Camp S.M.A.S.H! world,” says Halstead. “Each episode focuses on fun and engaging superhero adventures that require teamwork, problem solving and a sense of humor.”

Nancy Koff, VP – Sales and Marketing. added, “It is thrilling to be announcing an initial lineup of such stellar international broadcasters. The response from the market to S.M.A.S.H! has been very encouraging and we look forward to announcing additional broadcasters and platforms soon. We believe the property is attractive to customers worldwide due to the high quality CG animation, cultural diversity of characters and earnest storylines, which revolve around the children honing their skills and powers, while realizing how much they still need to learn in order to become a superhero like their parents Torpedo, Silver Streak, Rocket Man and Flame.” 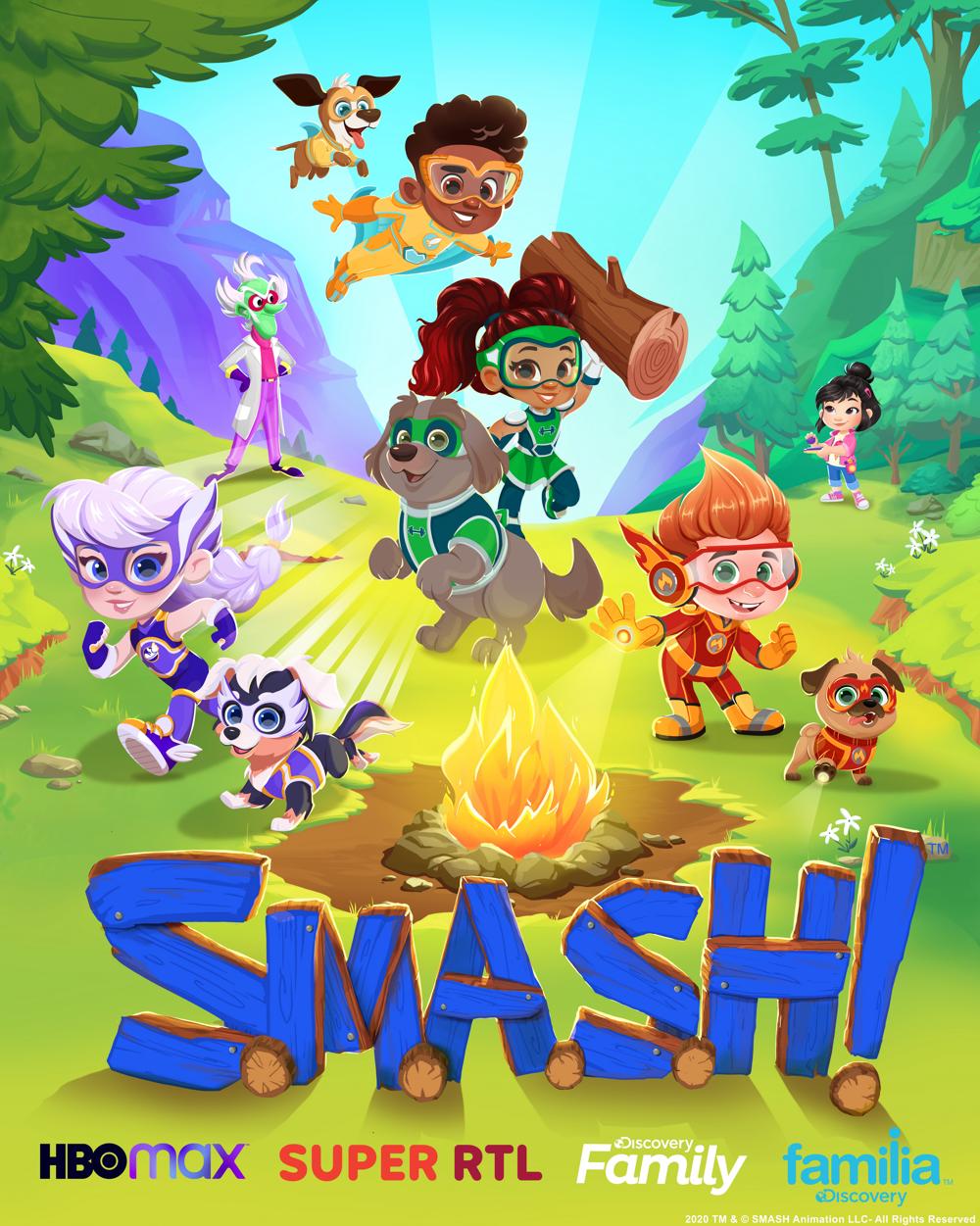