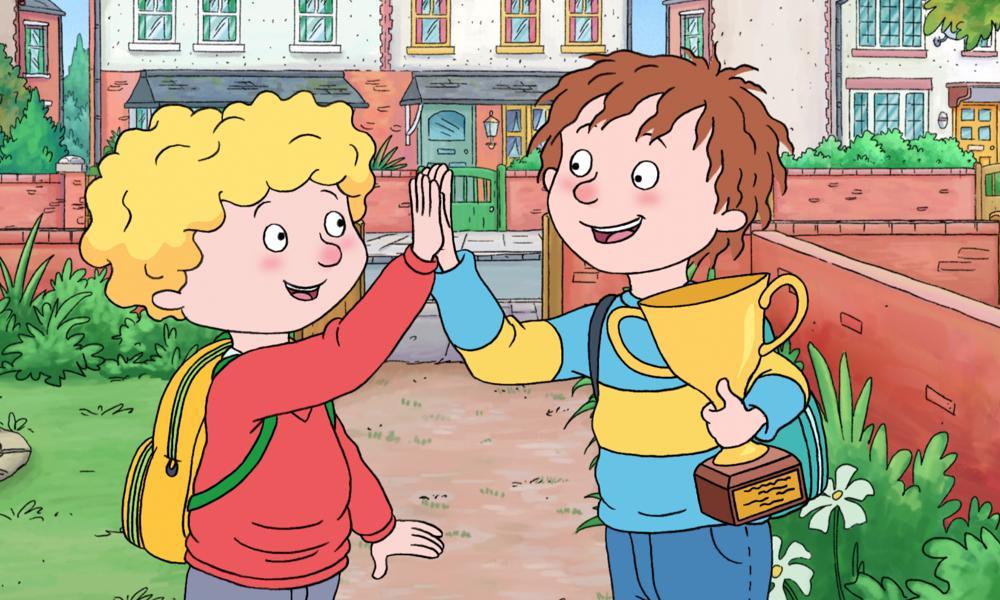 Novel Entertainment is launching its first animated feature-length Horrid Henry special on Netflix in the U.K. on June 6. Featuring the voices of U.K. presenters Dick and Dom (Richard McCourt and Dominic Wood), reprising the starring roles they played in the live-action Horrid Henry: The Movie.

The new special, Horrid Henry’s Wild Weekend, is the story of what happens one quiet weekend in Ashton; when Henry is unexpectedly chosen to join the Ashton Adventurers to compete for the Brainbox of the Year Cup, Mum and Dad try to slip away for a night without the kids and Great Aunt Greta has a teenager to stay, chaos inevitably ensues.

It’s also the story of how Henry learns to work as a team, battling alongside Moody Margaret, Beefy Bert and Anxious Andrew against his nemesis, Stuck Up Steve, and the Brick House Boys. It’s the story of the secret life of a cat (and a hamster) as we discover what Fluffy and Fang get up to when they are left to their own devices in the Henry household. It’s a story of bravery and heroism, of greed and sacrifice, of failure and ambition. But above all it’s the story of the love of a perfect little brother for his Horrid big brother.

In tandem with the Netflix premiere, for the very first time Henry and his friends will be online on Facebook and Instagram for a very special viewing party, which is also designed to raise awareness of the company’s campaign to address the U.K.’s digital deficit.

Horrid Henry’s Wild Weekend is written and produced by Novel’s Lucinda Whiteley and executive produced by Mike Watts, with Hilary Audus and Gary Andrews as animation directors. It features the same voice cast as the award-winning TV series.

Mike Watts, Co-Founder of Novel Entertainment, said, “Horrid Henry continues to be hugely popular on Netflix in the U.K. and we are thrilled to have a feature-length animated commission.”

In addition to this new animated special, Novel Entertainment has a raft of newly created content output, produced under the banner of Horrid Henry Unlocked and designed to offer a familiar environment for fans to discover how the Horrid Henry family is responding to the current crisis. As well as the recently launched Horrid Henry podcast, new material includes daily Horrid Homework in the form of activities which are available via the Horrid Henry website (www.horridhenry.me); projects, challenges, puzzles and bespoke videos including newly created songs, short videos and behind the scenes content and interviews.

Novel’s four-time BAFTA-nominated Horrid Henry is one of the biggest children’s animated shows ever in the U.K. The fifth season is currently on air in the U.K and Novel is in production on new longer form content. The brand includes film, stage, radio and online extensions, as well as being at the heart of a successful licensing and merchandising program.