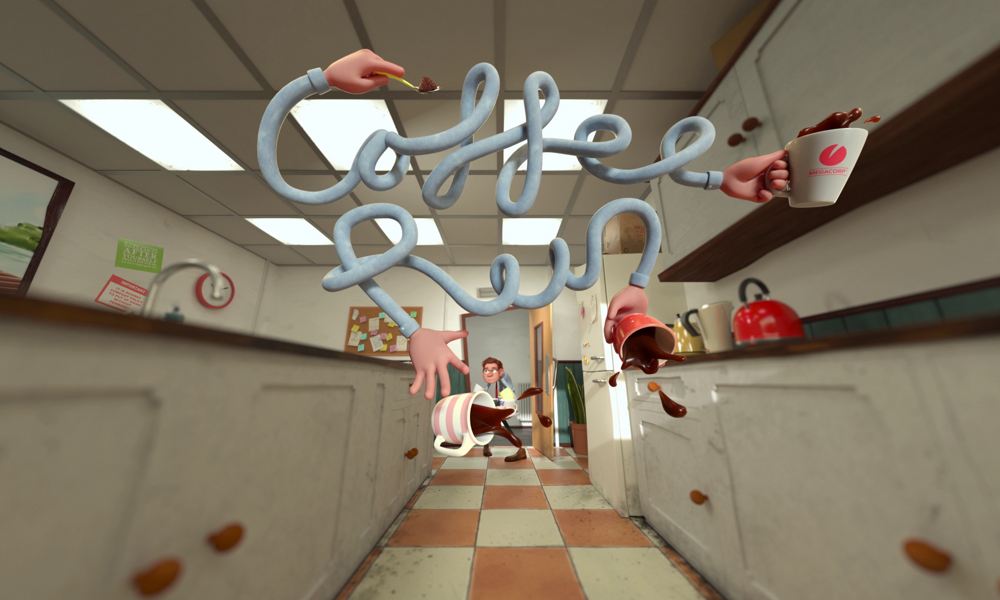 Working in an office can bring with it a series of challenges, and sometimes the only thing that makes the day marginally more bearable is a nice cup of coffee. So when it comes to office politics, there’s one element that takes precedence above all else; the hot drinks round. 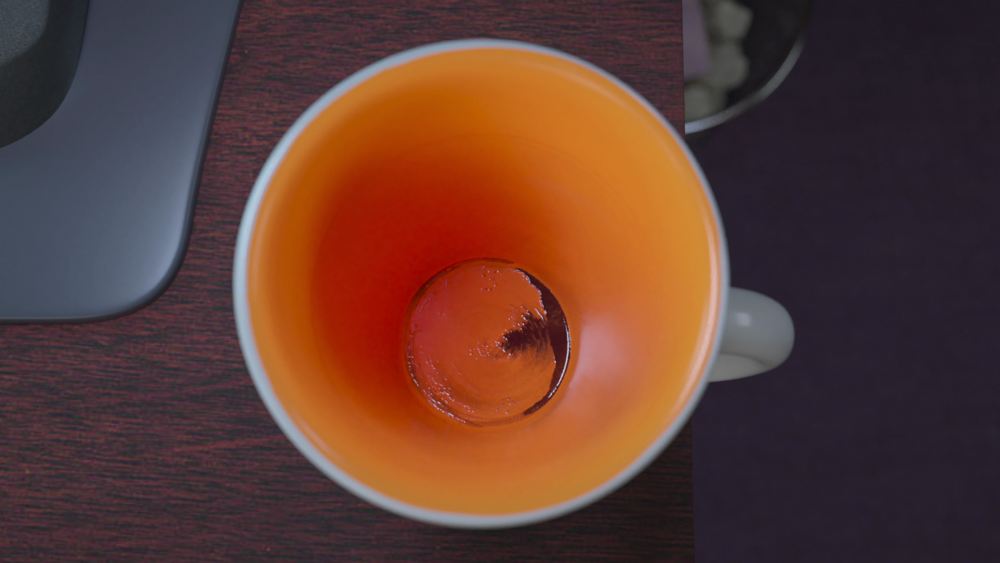 Newly launched online, Coffee Run is a CGI animated short about a hard-pressed protagonist struggling to fix up an elaborate round of coffee requests for his colleagues. The relatable disaster-comedy is produced by Bomper Studio (Wales), as part of an in-house competition to create the studio’s first stand-alone short, using one character and environment.

“Our credo is to embrace our natural curiosity and challenge our ambitions,” said Emlyn Davies, Executive Creative Director at Bomper. This philosophy paved the way for film which had three aims: to learn new skills outside of the constraints of a client project, to expand the studio pipeline, and to have a ton of fun in doing so.

“For us, the best way to test anything new is to invest our own time and money and do it in-house,” Davies continued. “We get total creative freedom, and our artists can explore the areas of production where they don’t often get to ply their skills – all with less risk than if it were a live job.” 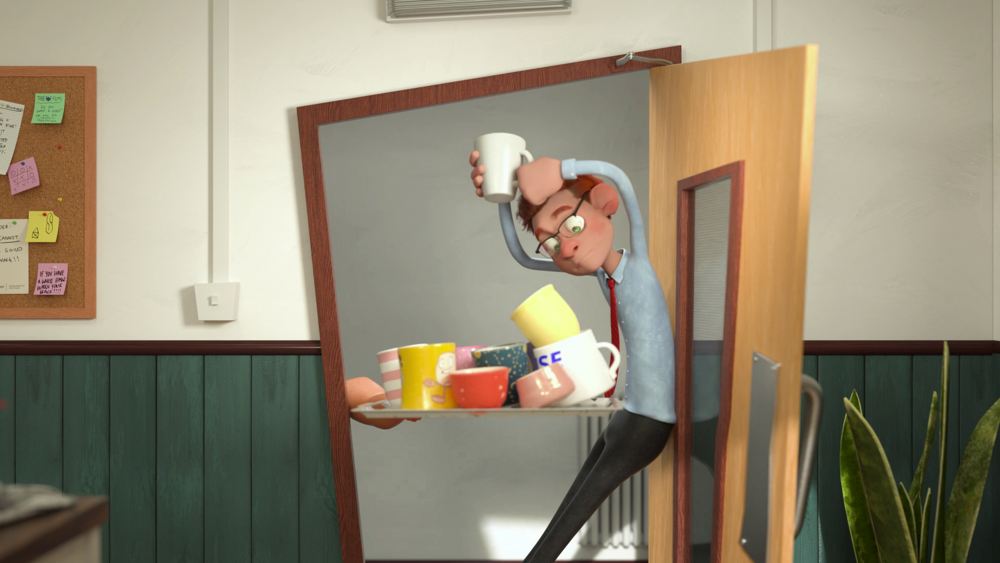 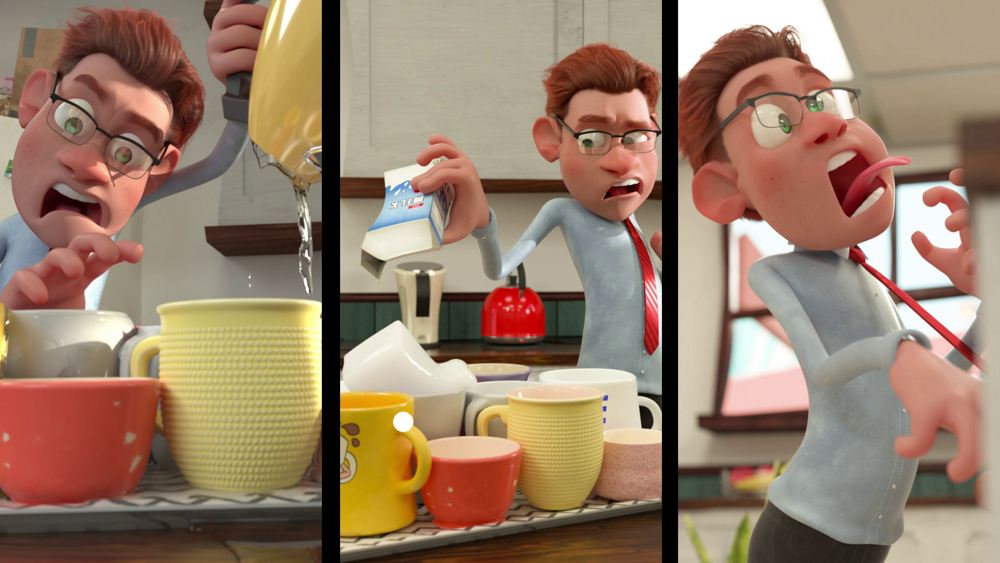 Made in varying – often unpredictable – gaps between client projects, Coffee Run served as an excellent testbed for a new production pipeline. Bomper was able to further explore the talents of the team in highly specialist programs, including character animation in Cinema 4D, ZBrush, Substance Designer and Houdini for hair simulations. 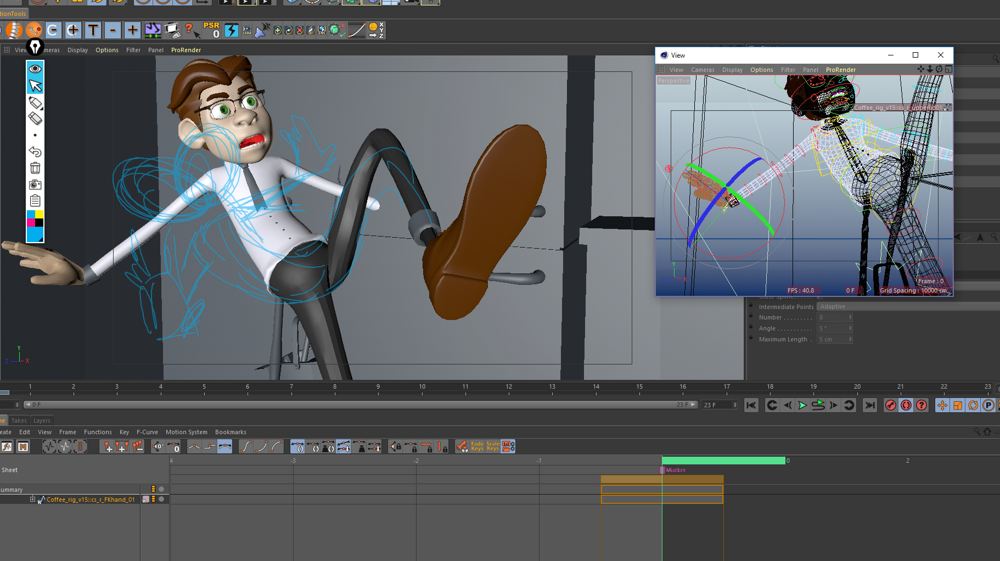 Conceptually, the team took influences from the physical and wide-reaching slapstick comedy of Buster Keaton and Jackie Chan, with the animators pushing for a fun, cartoon-style within a realistically lit scene. Influences for the animation include Cloudy with a Chance of Meatballs, Hotel Transylvania, Inner Workings and Looney Tunes. To achieve 2D cartoon-style smears, Bomper created a robust rig, which allowed them to deform the character in novel ways. “We learned so much about the dark art of rigging,” said Davies.

The film also gave artists the opportunity to take on several roles within an animated film: from assisting with the creation of the script, rigging and animating to even having input on the creative design and style of characters and animation. 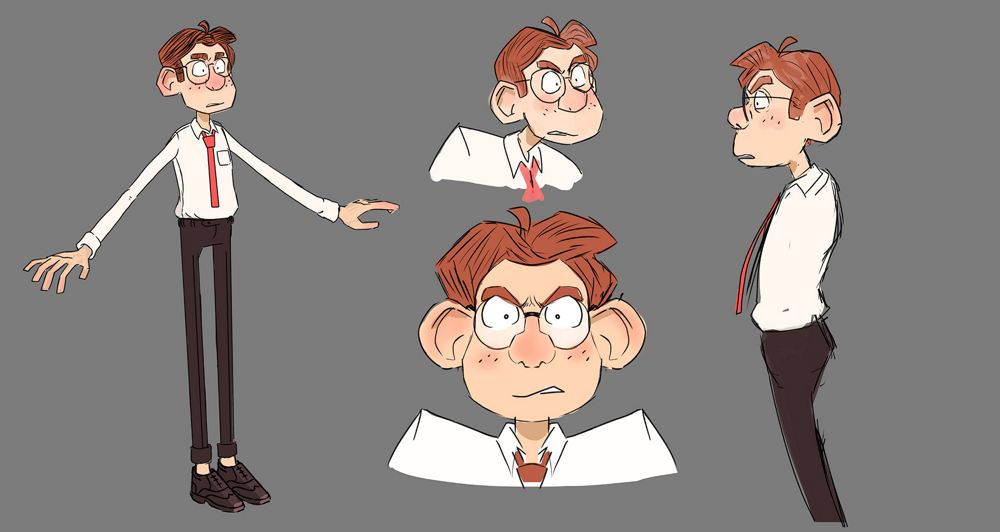 “Coffee Run was our first chance to really work on a short film as a studio,” noted Josh Hicks, Art Director at Bomper. “It’s rare that we have every member of the studio working on the same project, so getting to put everyone’s talents to use in order to realize and elevate the film has been amazing. There’s also something good about putting hours and hours of work and creative energy into a shot of a man banging his head on a mop.”

Bomper is excited to work on further 3D character animated films and commercials in the future, as part of the studios long-term strategy to diversify and broaden the studio’s content. 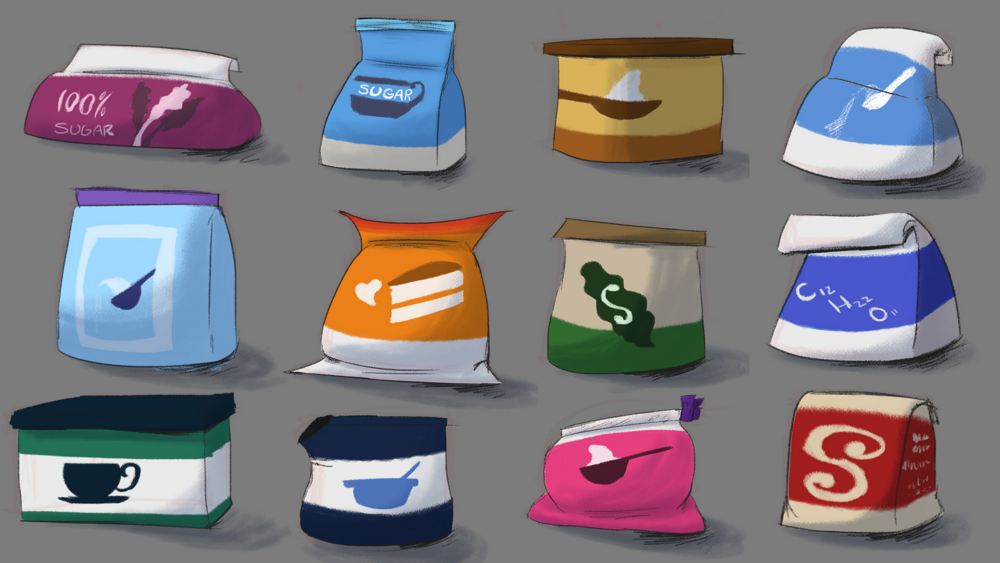