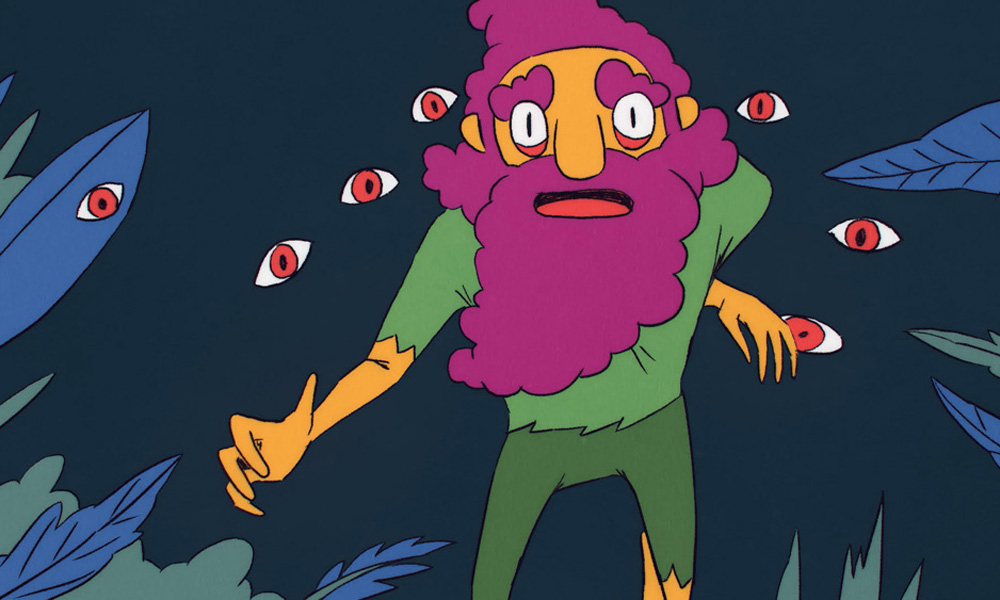 Brooklyn-based filmmaker Winnie Cheung’s latest work Albatross Soup is ready to debut online Wednesday, May 1 as a Vimeo Staff Pick Premiere. The animated short is “a dizzying descent into deductive reasoning” which spotlights the creative ways the human mind tries to solve problems, with a psychedelic animation twist. The film has made official selection lists at Sundance, Fantastic Fest and Fantasia, to name a few.

Albatross Soup is a hybrid documentary based on an entertaining yet disturbing lateral thinking puzzle inspired by the riddle: “A man gets off a boat. He walks into a restaurant and orders albatross soup. He takes one sip… pulls out a gun, and shoots himself to death. So…why did he kill himself?” After hearing this poser from a friend studying neuroscience & metacognition, Cheung and New York Times audio producer Alexandra Young put the question to more than 50 participants and recorded their reckoning as they tried to find the answer with only yes/no questions.

“I knew instantly that this stream of consciousness guessing game would be the perfect premise for an animated short,” said Cheung. “Examining different creative approaches has been the driving force behind this project.”

Albatross Soup was animated by hand by animation director Masayoshi Nakamura, based on illustrations by Toronto artist Fiona Smyth. The final piece features an original score by Dan Rosato (Gilded Audio), musical performance by Lester St. Louis and voice over by Vit Horejs.

Born in Hong Kong and raised in Queens, New York, Cheung is a filmmaker who collaborates with artists across various disciplines, using illustration, animation and dance to place the corporeal body within surreal spaces. She has directed films that have screened at Sundance Hong Kong, Marfa Film Festival and Fantasia International Film Festival with support from the Jerome Foundation. Additionally, her work as an editor has appeared at Tribeca, San Francisco International Film Festival and exclusive online outlets including Nowness, Vimeo Staff Picks and NYTimes Op-docs.