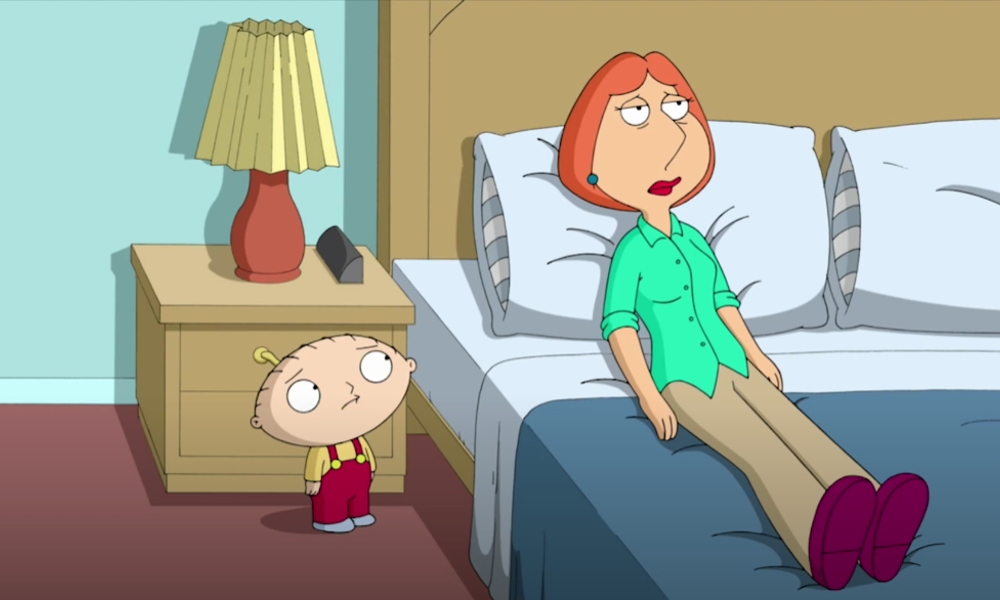 In a new PSA clip that will also air with Sunday’s episode of FOX primetime toon Family Guy, the show’s breakout diaper-clad star Stewie shares an important, pestering message as only a baby can do: Stewie wants you to get your COVID-19 vaccine! The bit riffs on the classic “Mom, Mum, Mummy” bit from the 2006 Season 5 premiere, “Stewie Loves Lois.”

The message in support of the It’s Up To You campaign (getvaccineanswers.org) follows statements made by popular but controversial podcaster Joe Rogan that young, healthy people do not need to be vaccinated against COVID-19, which were disavowed by the medical community, including Dr. Anthony Fauci. The importance of taking extra measures to prevent the spread of disease is highlighted by a new study published in BioMed Central, which found that only 44% of patients who had mild to moderate infections still carried protective antibodies after 100 days.

Family Guy is a consistent favorite with the 18-49 year olds (S18 is averaging 0.59 ratings with the demo and nearly 1.6 million views episode, according to TVSeriesFinale.com), making it a sturdy vehicle for the important message. The series was renewed this fall for Seasons 19 and 20.

Premiering May 2 at 9:30 p.m. on FOX, this weeks’ episode “Meg Goes to College” sees Meg deal with a college admissions scandal, while Brian embarks on a fitness journey.

Now in its 18th season, Family Guy continues to entertain its die-hard fan base with razor-sharp humor, spot-on parodies, spectacular animation and orchestra-backed original music. Since its debut in 1999, the series has reached cult status among fans and racked up numerous awards, including an Emmy nomination for Outstanding Comedy Series, only the second animated series in television history to be honored with such a distinction. Series creator and lead voice actor Seth MacFarlane (voices of “Peter Griffin,” “Stewie Griffin,” “Brian Griffin” and “Glenn Quagmire”) won the 2019 Emmy Award for Outstanding Character Voice-Over Performance. Cast member Alex Borstein (voice of “Lois Griffin”) won the 2018 Emmy Award in the category. MacFarlane also was nominated that year. He won the 2017 and 2016 Emmy Award in the category, and was nominated from 2013 to 2015. The show celebrated its 350th episode premiere in 2020.

View Point: Thoughts on the Gamification of SVOD Platforms
‘Rock Dog 2: Rock Around the Park’ Gives an Encore with Lionsgate