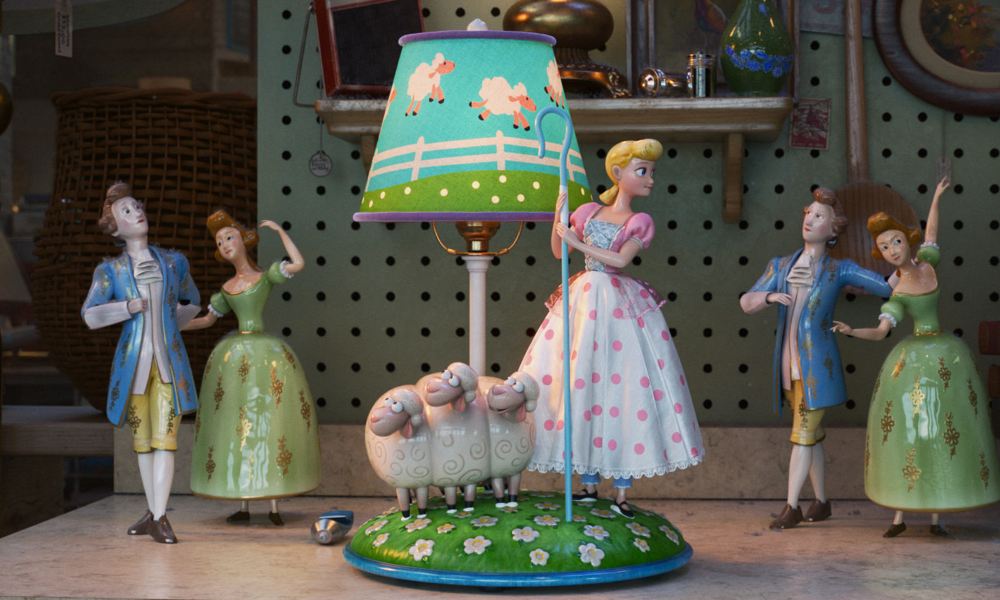 Whatever happened to Bo Peep, the charming porcelain heroine and love of Cowboy Woody’s life, between the events of Toy Story 2 and last year’s Oscar-nominated pic Toy Story 4? That burning question will finally be revealed in Pixar’s new seven-minute short Lamp Life, which premieres on Disney+ on Friday, Jan. 31. We had a chance to talk to the short’s talented writer and director Valerie LaPointe, who was story supervisor on Toy Story 4, to get the scoop on how this new project came about:

It is so great to see Bo Peep (voiced by Annie Potts) star in her own little adventure. Can you tell us how this project came about? When did you start working on it?

It all happened towards the end of Toy Story 4, around the end of 2018, when they asked to develop a short based on the movie. I was very excited because there was no question in my mind that I wanted to make a short about Bo Peep. There were so many interesting ideas that were left on the cutting room floor. There was a lot to work with. We worked on it through the summer, and we were definitely done by October.

I think the biggest looming question was what happened in that space and time because in Toy Story 4 we see Bo being given away and then we pick back up with her, she is a lost toy. There are only a handful of lines in the feature that she even mentions what happened to her, so it was left wide open. We’d come up with a lot of ideas in the meantime: For me, it was a big mystery that we didn’t have the screen time for in the feature, so it was just perfect for a short film.

Did the writers of Toy Story 4 have any ideas what had happened to Bo Peep as they were working on that movie?

We explored a lot of ideas, and it was very tied to Woody’s story because we wanted to know why they re-met and what happened in that time. So, we kept changing her story to come up with the most interesting character for Bo to become and to figure out how that tied into Woody’s story. Also, she’s porcelain, but she’s also part of a baby lamp and not a complete toy. She’s something of a contradictory character in many ways, but once we embraced that, that made her more interesting. There was a lot about her that I especially loved and gravitated to. In the film, we had a flashback scene that was pretty sad. A lot of terrible things happened to her and it was amazing that she survived it, but I felt that we could tell her story with a more uplifting tone to it and with a sense of humor.

Can you walk us through the process of writing Lamp Life?

I basically spent a month writing it, storyboarding it, rewriting it, back and forth. I did a lot of my own pitching to a handful of my friends who had worked on the feature with me, my friend Yohann, who was our story lead on Toy Story 4, helped me a lot. It was when I landed on the idea of jump-cutting through time and being able to show so many smaller moments in her life, that it became interesting and fun to me, and I felt we could really push it. She has that great personality that you can really play with the idea of really pushing it that it’s beyond maybe being believable, but you know, it’s close enough to the truth.

What do you think makes Bo such a memorable and unique character?

I think Bo has a lot of grit and tenacity, and that combined with a sense of humor allows her to move through these extra trials that she went through. She found a new way of being a toy, but she’s able to laugh at it and enjoy life.

What is the toughest part about playing with this well-known character in a short format?

I think development is always hard: The manic highs and lows of creating something where you get so excited and you think you’ve got it. Then, you find a story hole in it and you sink into the bottom, and you think, “Oh no, there’s nothing here. It’s terrible!” So, it’s strange how the development of a story is both wonderful and terrible at the same time. But the wonderful thing about being here at Pixar is that there are so many people around me that I can turn to. I can throw the idea at them, and they’ll come back and tell me, “Oh, actually, it’s working. Maybe if you just did this?” and suddenly the sky is clear again.

How many people worked with you on this short?

I did a lot of the writing and storyboarding myself. It was a handful of people who helped with that as needed. We had our editor, six or seven animators (a lot of them were new and amazing), and a small team that do the creative content here. They are a great team and they work so quickly — a lot of people doing a lot of jobs. It was a big thing to undertake because we had so many shots and so many different set-ups. But that also became a fun challenge, because we had a huge antique store full of cool props and pieces that we just plucked and pulled and made up sets to create all the shots. It was really fun in that sense.

We had about 35 Pixar folk touch the film in some way. There were a few folks from Skywalker Sound (two) and four musicians.

Was the short planned as a DVD bonus feature or did you know that it was going to debut on Disney+?

When they first asked me if I wanted to direct the short, it wasn’t exactly clear whether we were going to use it for the DVD or for Disney+. But it became pretty clear that it was going to be through Disney+. But it actually was a really great opportunity, because the format is not limited to a specific time length, and that’s how it became seven minutes long.

Can you tell us a little bit about your career at Pixar?

I joined Pixar in 2006 as part of the studio’s first story internship program. There were a total of eight of us, and I was in the same group as Adrian Molina (co-director of Coco). After that, I finished my MFA in animation at USC. Since then, I worked on Brave, Inside Out, Mater’s Tall Tales, Toy Story Toons and then, eventually, went on to work on Toy Story 4.

What do you love most about working at Pixar?

It’s pretty great here. I love being in that room and coming up with ideas for our characters. Being part of that story process and that a-ha moment and when you come up with something, that’s always the most fun and satisfying part of it. And the fact that I can do that with drawings in my job. That’s pretty great too!

When was the first time you knew you wanted to get into animation?

When I was eight years old and I saw The Little Mermaid for the first time. I am one of those weird people that are [very] determined and I just knew when I was that young that I was completely fascinated with all of whatever that was on the screen. And as I grew up (in Virginia Beach, VI) I figured out what that meant, and I just pursued animation since I was a kid.

Can you tell us what you’re working on next?

I am actually in development right now, and I’m coming up with my own ideas. All different things!

Any final words of advice for future animators? 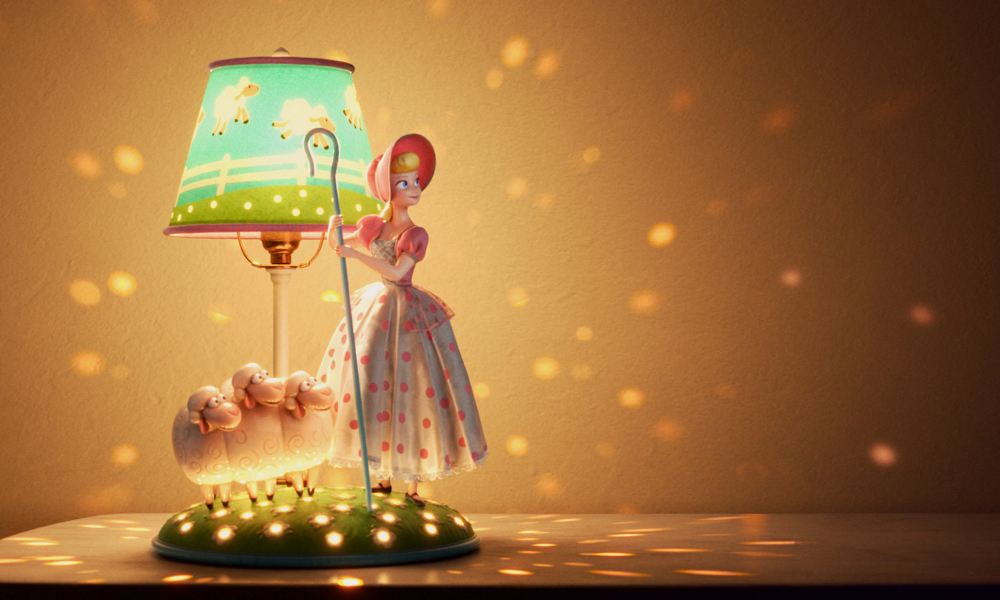 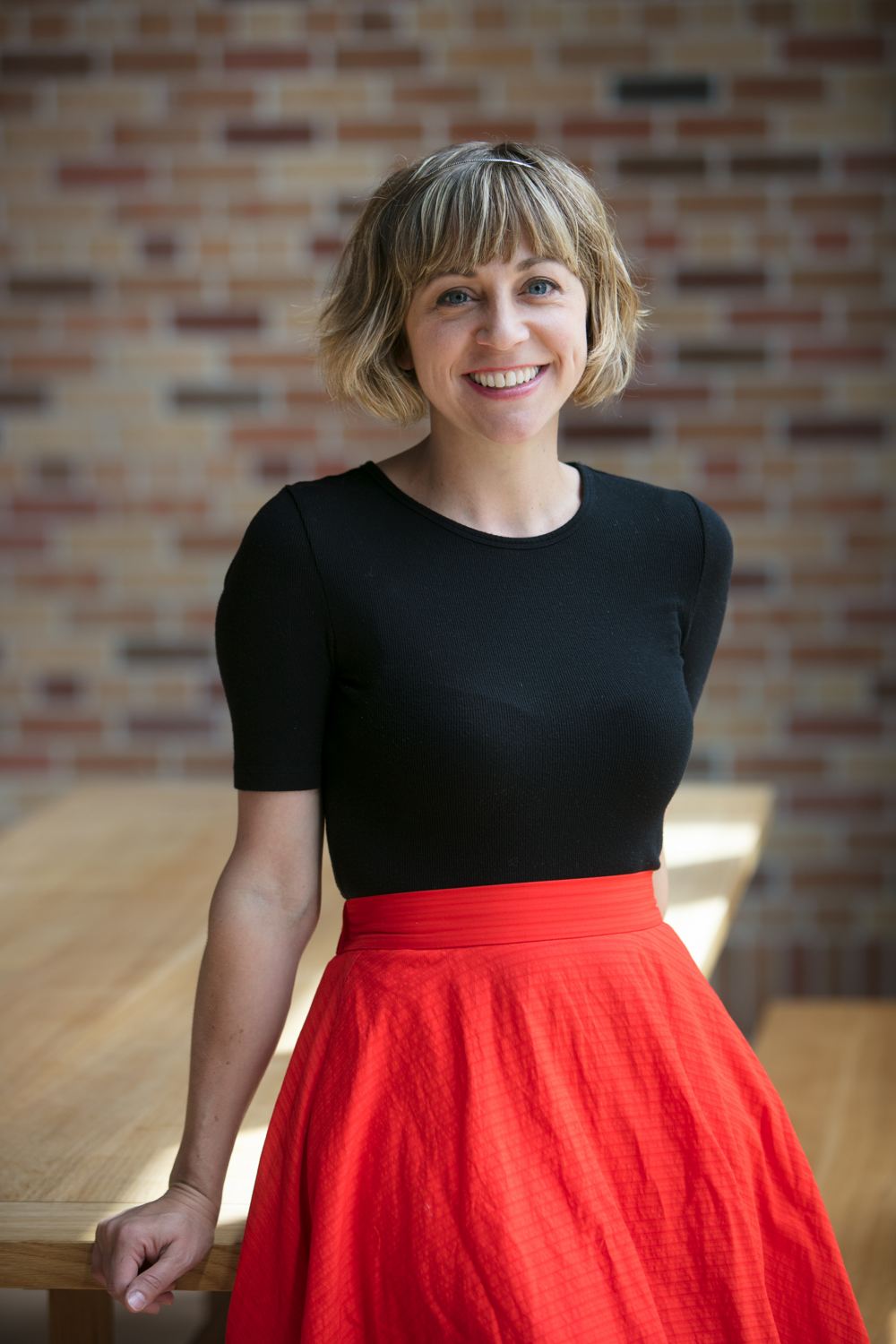