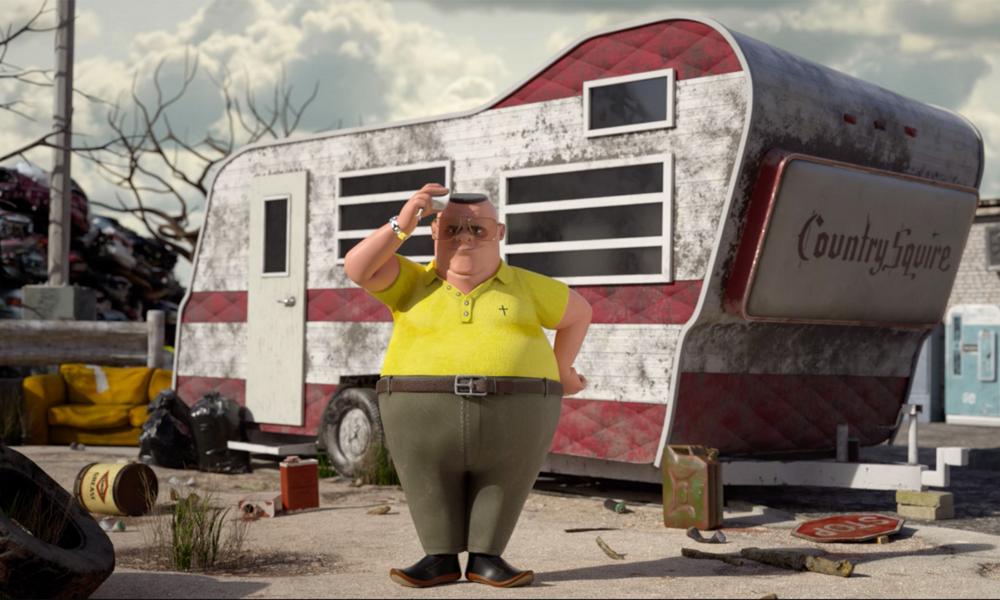 Childers’ highly anticipated Country Squire album was released on August 2, 2019 via Hickman Holler Records/RCA Records. Moore — an American comic-book artist on titles including Fear Agent, Deadpool, Venom, Punisher and The Walking Dead — helped create cover art with a visual punch for the album. The cover spawned the development of an exclusive comic book, and later evolved into the original concept for the music video.

With Moore growing up on a heavy diet of classic cartoons, the story combines a fantastic, over-the-top artistic sensibility with an authentic Kentucky flavor. The concept called for simple construction, but with the realistic textures of a stop-motion aesthetic, landing somewhere between the tangibility of Mad Monster Party and the refined flexibility and motion in Cloudy with a Chance of Meatballs.

Bomper teamed up with Genero and RCA to execute Moore’s vision, sticking as closely as possible to his designs, storyboard and direction while adding some flairs and flourishes of their own. Taking cues from the way MAD cartoonist Jack Davis’ designs were channelled for Rankin-Bass’ Mad Monster Party, Bomper worked to give everything in the “Country Squire” video the perfect blend of Moore’s, contoured line drawing and the tactile, rich features of traditional stop-motion animation.

The production took place over six months from January to June 2020, which saw the team having to quickly move from the studio to a variety of working-from-home setups due to the worldwide COVID-19 pandemic. Luckily, the team were able to implement a robust remote- working system that allowed them to continue production, and keep on top of all the disparate strands of development to bring the film together as one, cohesive whole.

Almost all of the “Country Squire” characters are based on real people, including Tyler, his wife and fellow artist Senora May, and the full band — so achieving likeness while sticking to a stylized aesthetic was a constant balance. The details don’t stop there: the film is loaded with in-jokes callbacks to Childers’ past work, Moore’s heroes and influences, and the current West Virginia indie country music scene.

More details on the production are available on www.bomperstudio.com.