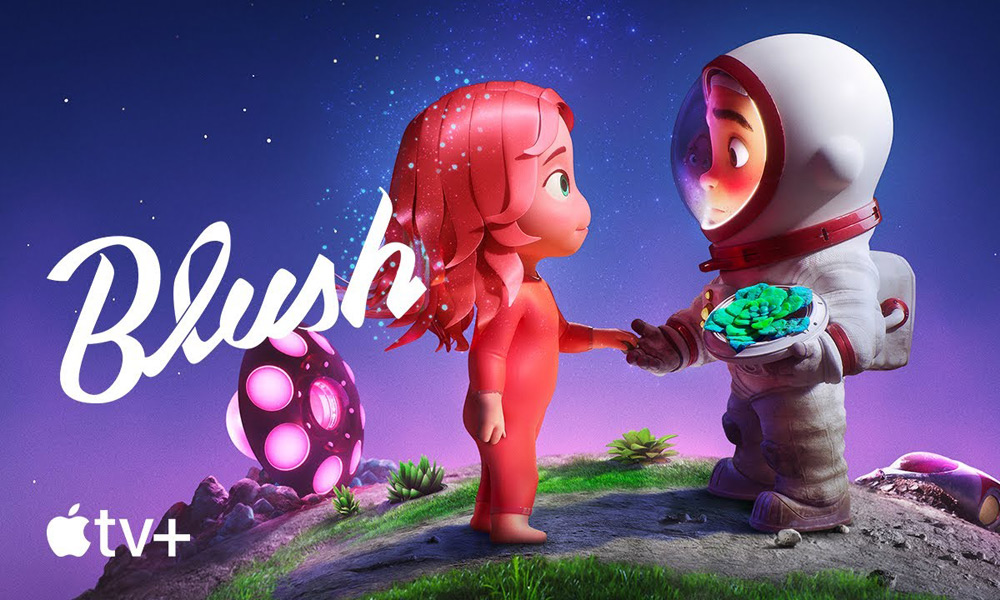 The official trailer for Blush has debuted ahead of the romantic space story’s debut this Friday, October 1. The Apple Original Films and Skydance Animation-produced short will roll out globally on Apple TV+.

Blush follows the journey of a stranded horticulturist-astronaut’s chances for survival after he crash lands on a desolate dwarf planet. When an ethereal visitor arrives, the once-lone traveler discovers the joy in building a new life and realizes the universe has delivered astonishing salvation.

The CG-animated short is written and directed by Joe Mateo, a veteran Disney Animation artist whose story and screenplay credits include Prep & Landing, Prep & Landing: Naughty vs. Nice and Meet the Robinsons. Blush is produced by Heather Schmidt Feng Yanu and executive produced by John Lasseter.

Learn more about the project in Animation Magazine‘s interview with Mateo here.