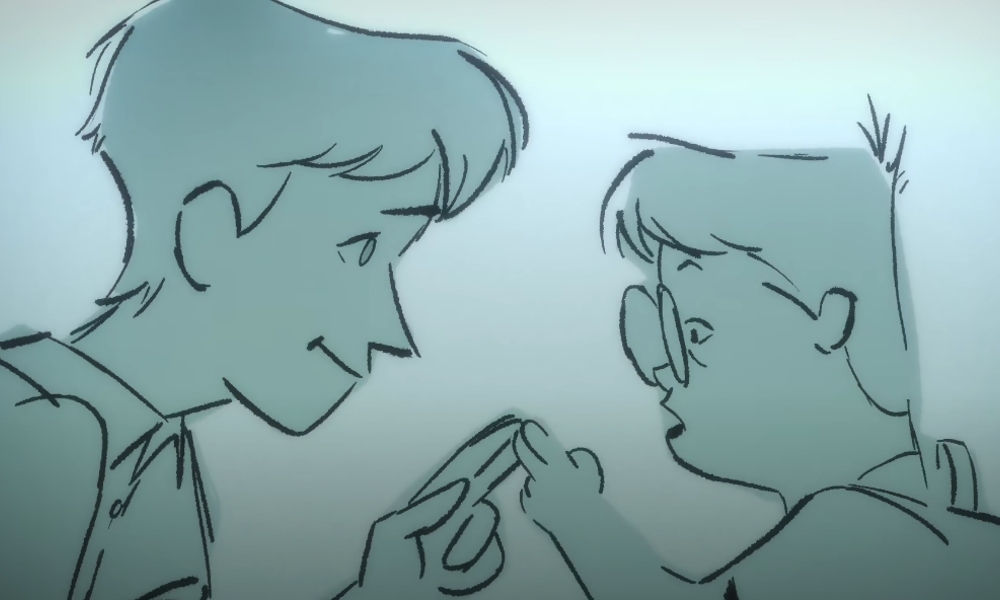 Intellectual disability charity L’Arche has partnered with award-winning animation studio Tonic DNA for a new film that challenges the misconceptions surrounding Down Syndrome. Written and directed by Joe Bluhm and Michael McDonald, Freebird is the coming-of-age story of a boy with Down Syndrome who learns to navigate the world with a loving mother, an absent father, a classroom bully, and a life-long crush.

A teaser for the film debuted on March 21, World Down Syndrome Day, ahead of the full four-minute short debut this week (watch it below).

Tonic DNA was approached directly by L’Arche Canada with a script for the film. Originally intended to be a live-action short, the risk of coronavirus required the team to instead pivot the focus and ‘translate’ the script to animation. Part of L’Arche’s ‘Free to Be’ campaign, the film’s narrative was built on years of oral histories from those with Down Syndrome, highlighting moments familiar to those with the disability that are so rarely depicted on screen.

Working with actor and LGBTQ activist Nicholas Herd, who also has Down Syndrome, the team moved away from problematic notions of pity and fear that often shape public discussions, and instead recognised how the story of Down Syndrome sounds very different when actually told by someone with the disability.

With L’Arche providing animation references and real-life stories, Tonic DNA worked to find a style that would preserve the emotional and character-driven aspects of the story whilst ensuring there was no distraction from the narrative — finding strength in simplicity.

“In an industry so captivated by CG and 3D, what if we were to ‘disable’ the aesthetic to the bare minimum?” said Michael McDonald, National Communications Director at L’Arche Canada. “In our initial search for style references, we were really drawn to the minimalistic tradition of abbozzi; the preliminary sketches for great works of art. People with Down Syndrome are often treated as such, as under-developed, rough sketches of what should have been a ‘full-fledged’ human being. Could we explore that through the tradition of the rough sketch and come out on the other side with something whose beauty would be deepened by its simplicity, by the fact that it refuses the flashiness of artistic sophistication?”

McDonald added, “From our first meeting, Joe [Bluhm] has taken the animation in such incredible directions. Bodies with Down Syndrome have different proportions than those without Down Syndrome, and Joe and Tonic took the time to get these dimensions right — the gestures, the expressions, the non-normative proportions — and it was all done with such integrity. It’s one thing to dream about the perfect aesthetic to tell this story, it’s another to make a flat world feel round or to match the 42 muscles in the human face with the expressive power of a well-placed line, and yet, once Joe said ‘yes’ and Tonic sharpened their pencils, that’s exactly what they did.”

With a short timeline, the team ensured the storytelling remained evocative whilst interweaving the narrative with the film’s soundtrack, Jordan Hart’s track “Freedom,” which had been part of the process from the beginning. L’Arche too was looking for a style that reflected the core message of its activism: Why does the world assume that a disabled life is not profoundly beautiful?

“Although the timeline was challenging, the concept and narrative was amazing. I was completely moved by the script and the cause, instantly envisioning something free and loose,” noted Tonic DNA director Joe Bluhm. “Knowing that this was a robust story, with half a lifetime of narrative, we couldn’t cut out any of it, yet couldn’t build every detail of the world. Fortunately, my gut feeling was to do something that felt light, familiar, and loose enough to evoke an idea that the story is still yet to be written for many of the people that the narrative speaks to. Tightening up and constraining things is not the answer — letting things be loose and open is. So a light, slightly vintage style felt right. And letting colors flow, letting textures flow, and getting glimpses of these memories being told to the viewer through an ephemeral form seems fitting.”