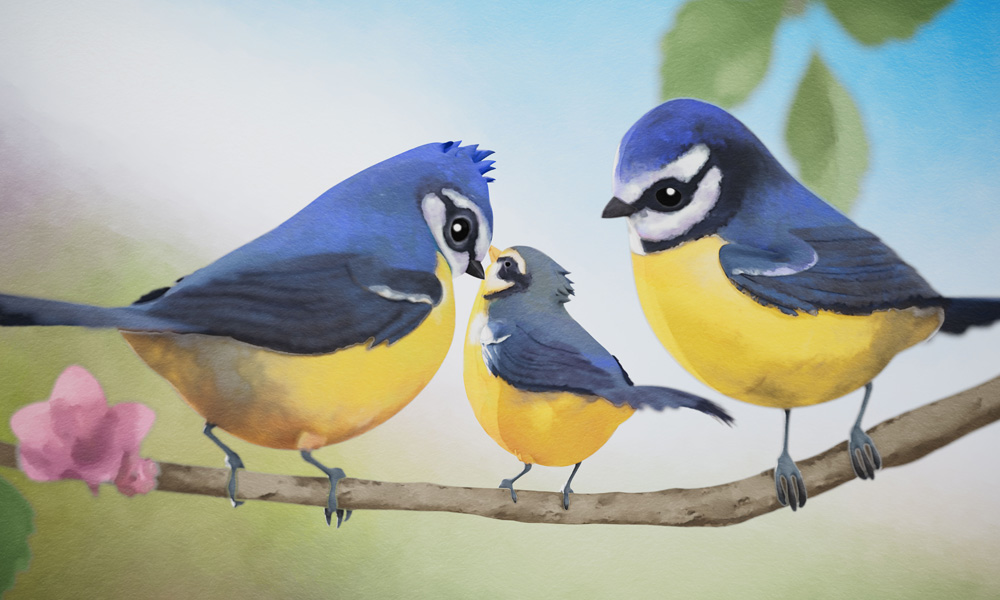 The spot was created to raise awareness for the charity’s vital conservation work, and inspire more people to help secure a healthy environment for wildlife in the future by remembering to leave a legacy to the RSPB.

Catsnake’s brand research for the RSPB gleaned that the charity’s target audience have an inherent connection to the nature that surrounds them, and a profound appreciation of this connection’s importance to our collective future. Catsnake developed the “Time Flies” creative to capture this feeling – using the central metaphor of a baby blue tit separated from its parents, before finding its way home, to illustrate that although we have become disconnected from the natural world over time, the RSPB is working tirelessly to help us rebuild this vital bond – so that one day, people and nature can truly thrive together.

Catsnake felt the most effective way to capture the beauty and majesty of nature over hundreds of years was through the medium of animation, and the watercolor design was established to provoke feelings of nostalgia with the viewer – the hand-crafted aesthetic connecting beautifully with the organic nature of the story. The outfit worked collaboratively with director Bram Ttwheam and the team of expert artists at Aardman to bring this vision to life.

“Catsnake have a penchant for strong narrative with a lot of heart,” Ttwheam enthused. “Edward communicates with such clarity and aplomb that it’s been an absolute pleasure to share a vision. Pieces with such rich seams come along rarely, and it was a joy to explore the myriad possibilities. Working in a different style and telling a story with such scope has been immensely rewarding. If the opportunity to work together ever happens again I’ll seize it with both hands.”

“Working with Aardman on the ‘Time Flies’ TV advert for the RSPB has been an absolute pleasure. You never quite know if the good reputation of a company is true until you start working with them and, I’m delighted to say, Aardman have lived up to their glowing reputation!” said Edward Dark, co-director of the film and CEO of Catsnake. “I have personally found directing this project with the extremely talented and amicable (two traits that don’t always go together) Bram Ttwheam to be a joy. Not only have we been on the same page from day one, but the creative flair, originality and immense technical skill that he and the whole Aardman team brought to the project has made the final film immeasurably better. I’m extremely proud of what we have produced together and hope we can do it again soon.”

Vicki O’Hare, Head of Legacy Marketing at the RSPB added, “We’re extremely proud of our new legacy TV advert; the successful culmination of months of work between the RSPB Legacy team, Catsnake and Aardman. The way that the story is told through stunning animation will hopefully touch the hearts of people across the nation as they follow the journey of our fledgling blue tit through a changing landscape; one that can only be saved for future generations by acting now. Gifts in Wills make up over a quarter of the RSPB’s income, so it’s vital that we raise awareness of how important they are.”

Learn more about how to support the RSPB with a legacy donation and watch “Time Flies” on the organization’s website.