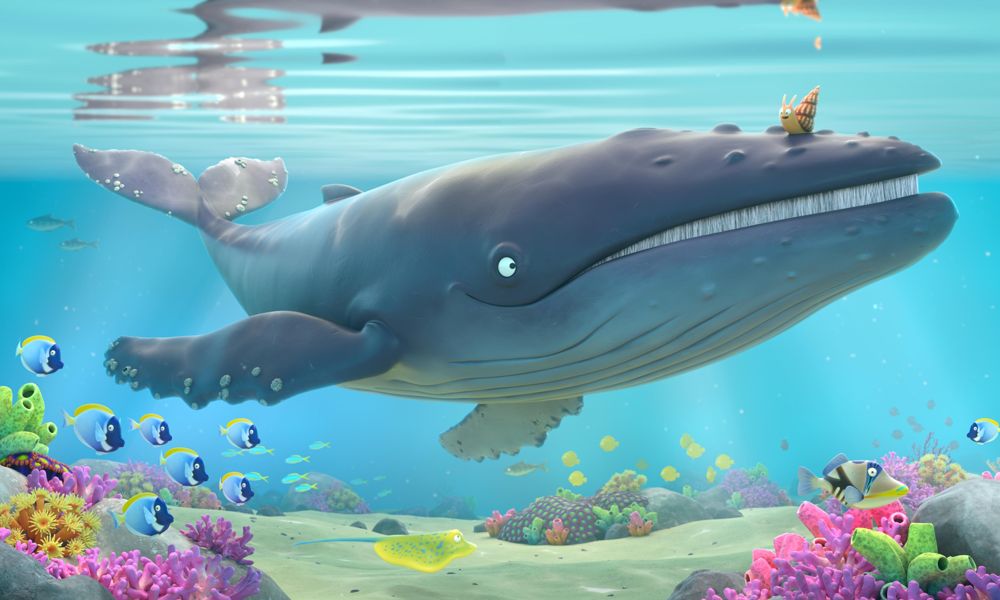 Max Lang and Daniel Snaddon are no strangers to bringing popular children’s books to animated life. Lang is the helmer of Oscar-nominated The Gruffalo and Room on the Broom and the Annie-nominated and Intl. Emmy-winning 2019 special Zog, while Snaddon also directed Zog as well as Stick Man and worked on The Highway Rat and Revolting Rhymes. Their latest collaboration The Snail and the Whale is one of this year’s well-received shorts making the award season rounds.

The project, which originally aired on BBC One in 2019, is based on a 2003 children’s book written by Julia Donaldson and illustrated by Axel Scheffler and centers on a kind-hearted snail who longs to see the world, so she hitches a lift on a whale’s tail. Nominated for a British Animation Award, the 26-minute short features the late Diana Rigg as the narrator, Oscar-winner Sally Hawkins as the intrepid snail and Rob Brydon as the whale.

Lang says he finds himself easily drawn to the worlds of Donaldson and Sheffler, whose work also inspired Magic Light Pictures’ series of award-winning specials (The Gruffalo, Room on the Broom, The Highway Rat, Stick Man, The Gruffalo’s Child). “Julia and Axel have a great sense for creating memorable stories and characters,” says the German-born director. “There’s a lot of heart and warmth, but also wit and humor in the rhyme and good illustrations. If you work from such a strong foundation it gives you a lot of freedom to focus on the creative aspects of filmmaking. We always try to stay very true to their original vision and add to it, as opposed to changing it.”

According to the filmmakers, the team began storyboarding and pre-production on the project while they were making Zog in 2018 and wrapped the show in October of 2019. “Balancing both productions was a bit of a trick, so I was glad that there were two of us directing,” says Snaddon, who worked with the talented team at Cape Town-base Triggerfish studios to produce the special. “Our producers, Magic Light Pictures (headed by producers Michael Rose and Martin Pope), are based in London and I was in Cape Town with Triggerfish, so the film is a result of international collaboration. All the images were made at Triggerfish, and at the height of production the team climbed up to around 70ish. The voice recordings, music and post-production were all done in London with Magic Light.” 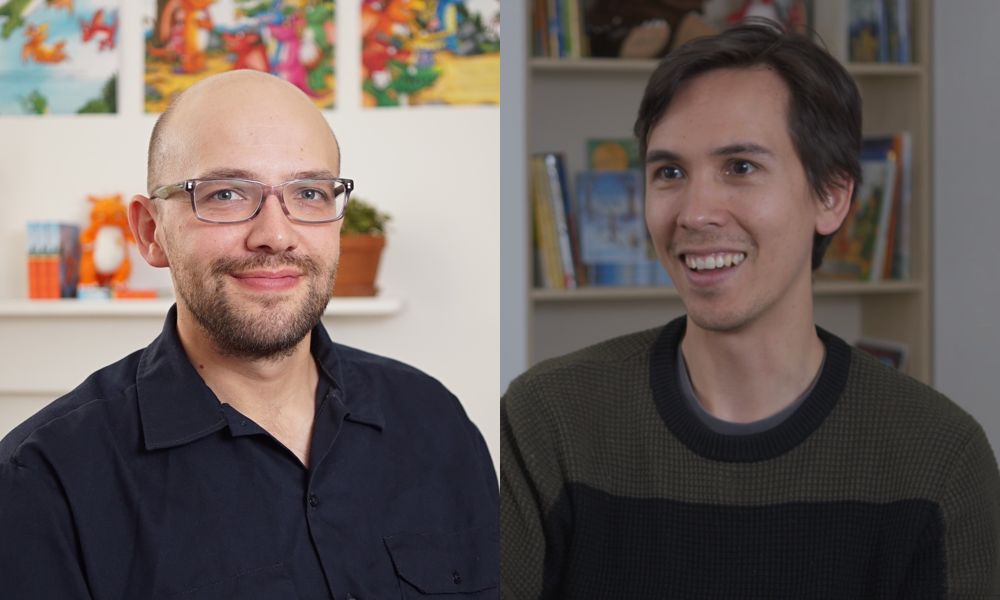 Working with a ballpark budget of $2.8 million, the production team used Maya to create the CG animation with the exception of the water effects, which were produced using Houdini. Snaddon explains: “We created a Maya to Houdini, back to Maya then to Arnold workflow for the VFX shots. Arnold’s Scene Source (.ass) files really made this possible. All the comp was done in Nuke.”

Snaddon says while the two main characters are quite different from each other physically, the creative team discovered that in both cases, less was more. “It drove the animators a little crazy in the beginning because they like to move stuff, but once we found the rhythms for our two leads, we found that there is a real connection between the two in their gentle and more subtle motions,” he recalls. 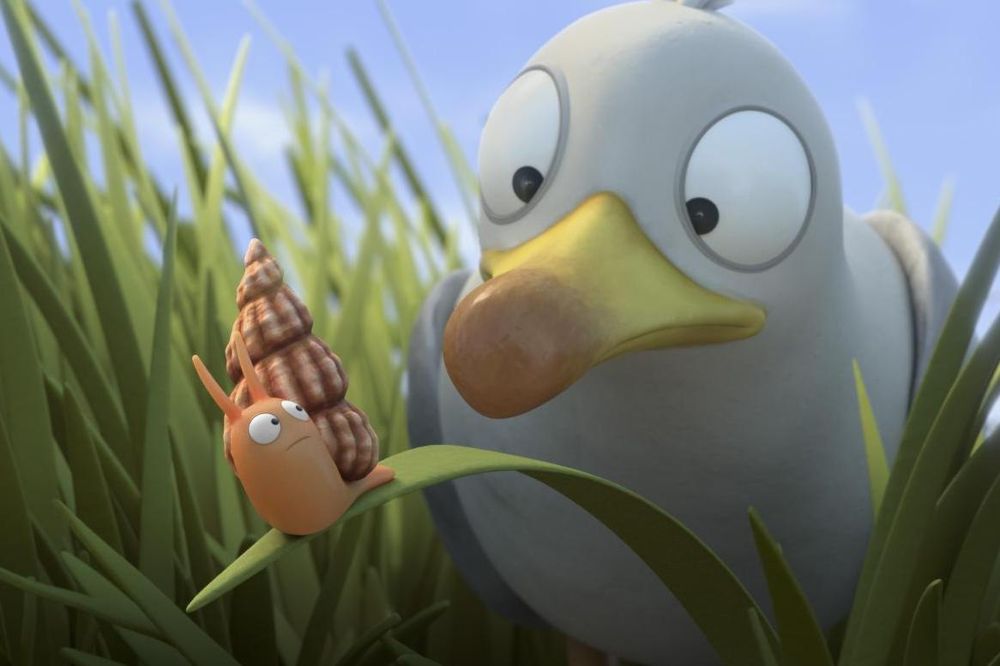 Beyond the technical details, the production faced various challenges along the way. The team at Triggerfish (Adventures in Zambezia, Khumba) didn’t originally plan to make The Snail and the Whale as they were gearing up for their next feature film, and didn’t think they could split their key supervisors across the two projects. “Luckily, we realized that there was a new generation of very talented and capable young artists who were ready to step into new roles,” says Snaddon. “On Snail, most of our supervisors and leads were fresh in their roles, and did a smashing job! The other big challenge was doing a lot of CGI water on a budget. We had to assemble a whole new VFX team, many of whom were learning Houdini on the fly! We’re very happy with the results, but they were hard-won!”

Lang mentions that on a story level, the filmmakers had to find a way to have two characters relate that don’t have a lot of dialogue or anthropomorphic body language. “In addition, they can hardly share the same frame because of their drastic size difference, and yet so much love and understanding between the two has to come across,” he notes. “We made sure that they are very aware of each other and tuned in to each other’s emotions. We also used the world around them and the water to reflect their feelings and give them shared experiences.”

Lang, who wrote the adaptation with his wife Suzanne, says The Snail and the Whale is one of his favorite picture books of all time. He has read it to his own kids countless times and even loves reading it on his own. “The story and rhymes are so well crafted and fun to read and the illustrations are so beautiful,” he adds. “It’s so touching, and at its core it has a friendship between two characters that couldn’t be more different. It celebrates the beauty of our planet and its environmental message is very clear, but doesn’t hit you over the head.” 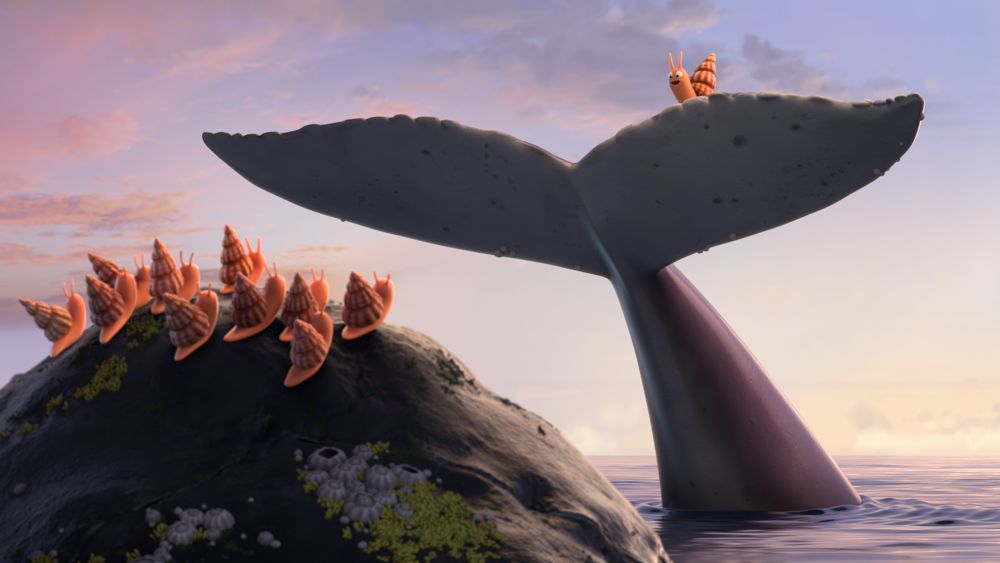 He adds, “I’d been dreaming about making it into a film since we discovered it during the making of The Gruffalo in 2008. It’s a story that is perfect for and can only be told in animation. There is no way around it. And yet its protagonists are even unusual and special for animation, and came with many challenges that we had to find creative and technical solutions for. It also celebrates nature and the beauty of our planet. A lot of films these days try to wedge in too much plot and either become too long or frenetic. We wanted to take a step back from that, and give the story, characters and scope time to unfold. It’s a story that touches me every time I read or watch it. Its message is very universal and relatable.”

For more info, visit magiclightpictures.com and triggerfish.com. Viewers in the U.K. can watch The Snail and the Whale on BBC iPlayer.

You may also like...
Related Topics:Daniel Snaddon, featured, Max Lang, The Snail and the Whale
Geographic Region:Worldwide