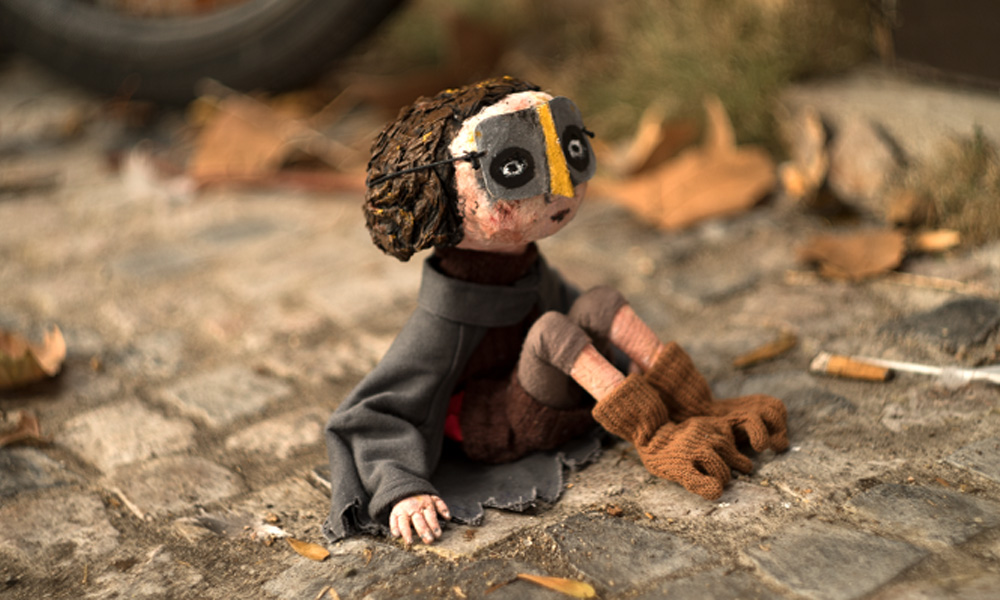 On the heels of the world premiere of Daughter at the Annecy International Animation Film Festival — where it won the Cristal for graduate film — and having just taken the City Post Award for Best Animation Short Film at the Melbourne International Film Festival, the striking Czech puppet animation short by Daria Kashcheeva is heading to Los Angeles for the final Student Oscar medal ceremony. The piece was one of three finalists chosen from 1,615 entries from around the world.

Created at FAMU (Film and TV School of the Academy of Performing Arts) in Prague, the warm reception of Daughter follows a trend of animation excellence at the school. Notably, the recent success of alum Jan Saska, who made the Oscar nominations shortlist in 2016 with Happy End, and Jan Svěrák 30 years ago, whose mockumentary Ropáci (Oil Gobblers) won a Student Oscar in 1989. Another children’s puppet film from FAMU’s Department of Animated Film – The Kite by Martin Smatana – made this year‘s Student Oscars semi-final.

“It is a great honor for FAMU, for the Czech Republic and for me, personally,” said Kashcheeva. “Such a success raises the expectations of an artist and encourages me to work even harder.“

“I congratulate the whole team who cooperated in making the movie and we thank everyone who supported us in making it. To be in the final is a great honor and a dream come true,“ added executive producer Zuzana Roháčová of Prague FAMU.

The dean of FAMU, Zdeněk Holý, commented, “I am very proud of the achievements of the Department of Animated Film. This is the reward of their long term efforts, which in recent years is reflected in success at film festivals and various awards. I would like to thank the amazing faculty team who managed to set up an excellent teaching system, the amazing students who inspire and support each other, and of course Daria, for whom this success is absolutely deserved.“

Kashcheeva chose an utterly unique artistic approach for her movie, using a handheld camera, which is very difficult to implement in a puppet film, to achieve very realistic shots.

“I’m delighted by Daughter. Daria showed great professionalism, maturity and talent in the preparation and shooting of the film. From the beginning she treated the intimate motif with great gentleness, understanding and the gift of film narration and originality. I believe that this already huge success will help her not only in making her next animated film, which we are currently preparing, but also in her career as a filmmaker. Especially if she stays as professional and hardworking, which I don’t doubt,“ explains Martin Vandas, producer at MAUR Film, which backs the project. Daughter was supported by the Czech Film Fund.

The autumn Czech premiere of Daughter will be accompanied by an exhibition of two other puppet films in a program called “Trojhlas” (Three Voices). These three projects were created at the same time at three Czech art schools – FAMU, UMPRUM and University of West Bohemia in Plzeň.

Producer Vandas is considering a cinema release of the three films as a longer animated sequence: “I believe that although it is but a small step for the field of Czech animation, it‘s a sign of good times to come, because it‘s proof that we don’t lack talent and good ideas and we have something to offer the world. On the other hand, it’s also a challenge for FAMU and other film schools and professionals in the field to keep up the systematic and purposeful work. Because animation is an endurance race.“

Daughter is contending with German short Love me, Fear me (Konrad Wolf, Film University Babelsberg) and the French film The Ostrich Politic (Gobelins, lécole de l’image) in the Student Oscar final. The winner will be announced on October 17 in Los Angeles.

Daughter synopsis: In a hospital room, the Daughter recalls a childhood moment when as a little girl she tried to share her experience with an injured bird with her Father. A moment of misunderstanding and a lost embrace has stretched into many years all the way to this hospital room, until the moment when a window pane breaks under the impact of a little bird.