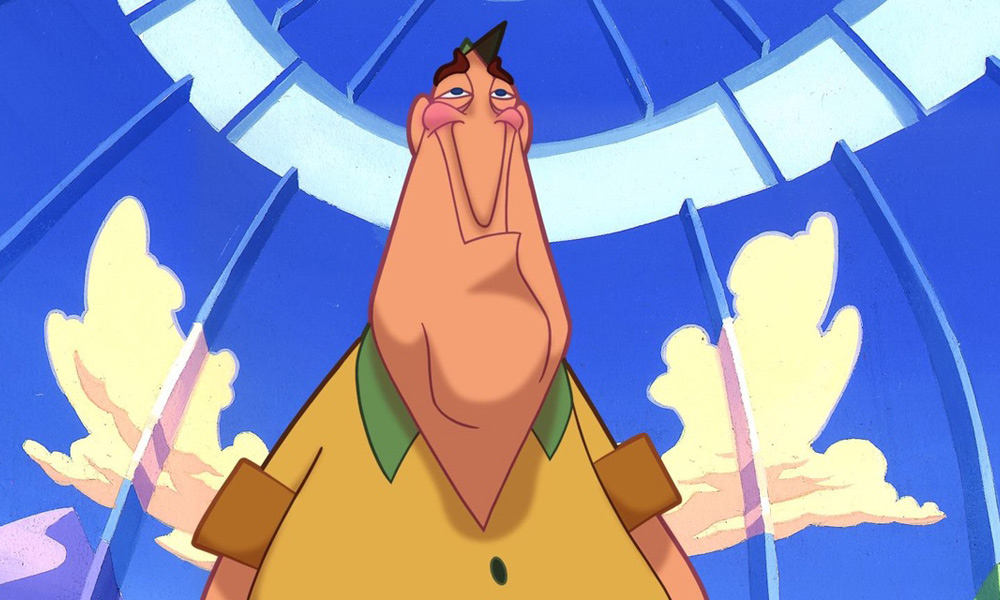 On May 22, 2019, I had the honor of joining Danny Aiello at the Hoboken International Film Festival for the premiere of an animated film that had been a life’s journey. He is the voice actor in my animated short Nothing to Say (NTS), which tells the story of a turtle at a zoo who is confronted to conform to a closed society, exposing themes of exile and being a refuge in a land that provides for the body at the cost of the soul. This interaction with Aiello was profound, as I had recorded him for this very film back in 2001. Little did I know the release of this film 18 years later would be one of Danny’s final creative works before he passed away in December.

Most people will remember Aiello’s masterful work as an actor, playing prominent and iconic roles in live-action films, working with Hollywood titans such as Spike Lee, Norman Jewison, Woody Allen, Robert Altman and Francis Ford Coppola. Aside from his Oscar worthy performances on screen, he was also an incredibly talented voice actor.

Starting as a student film in 1997, NTS was re-designed in 1999 as a studio project at ILM, where I worked as an animator. After layoffs at the studio, it became an independent film with a small crew in Hamilton, Ontario.

Aiello was approached at an animation convention by my brother (one of the film’s producers), Billie Mintz, and we recorded the track in New Jersey. I was thrilled beyond imagination. But also nervous as hell; fairly fresh out of college — not only had I never directed anything professionally, I certainly had not worked with actors, especially ones as iconic as Danny Aiello. 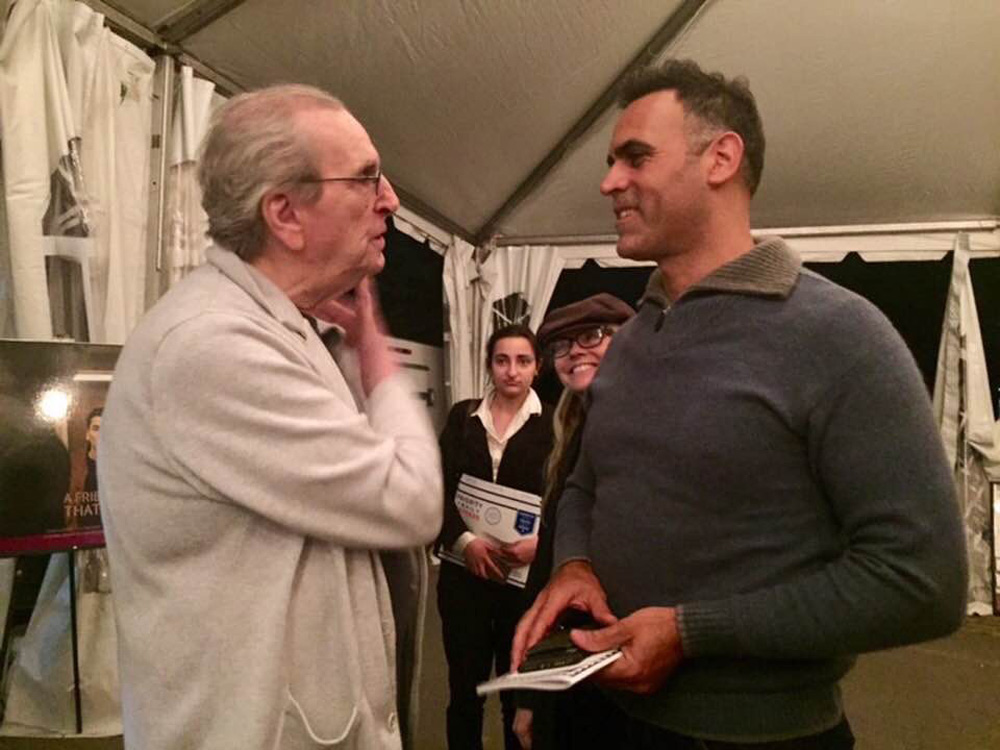 When we recorded, Danny was aware of my nervousness and made every effort to make me feel comfortable. After some small talk, Danny began asking pointed questions about the script/poem. I shared how I visualized the film by showing him some artwork that Geoff Donovan (the film’s art director) and I had created. Danny began performing lines of gold right out of the gate, presenting a variety of approaches, transitioning in and out of three characters. His acting seemed like magic, as I witnessed him play from an objective narrator to a light, happy, rhythmic zookeeper who grew in rage as a mute turtle refuses to conform to his ideals.

After a few takes, it was clear he was not yet finding the character he wanted. He backed away from the microphone clearly frustrated, and tried a new approach. He moved around the room and began humming a song to himself and snapping his fingers, losing himself in a song. It emerges as Sinatra’s “It’s All Right with Me”. He was searching for something, finding his own groove and rhythm. After circling the room, he changed his posture, and his expressions migrated from concentration to an easy smile. He returned to the microphone, straightened up, reached his arms from side to side in a grand posture and with a chuckle belted out his lines perfectly. It was the moment he found his character and his recognition was astonishing to watch. I heard the character for the first time. It was a true gift watching this veteran get into character, reminding me that true art takes work — even for seasoned pros. 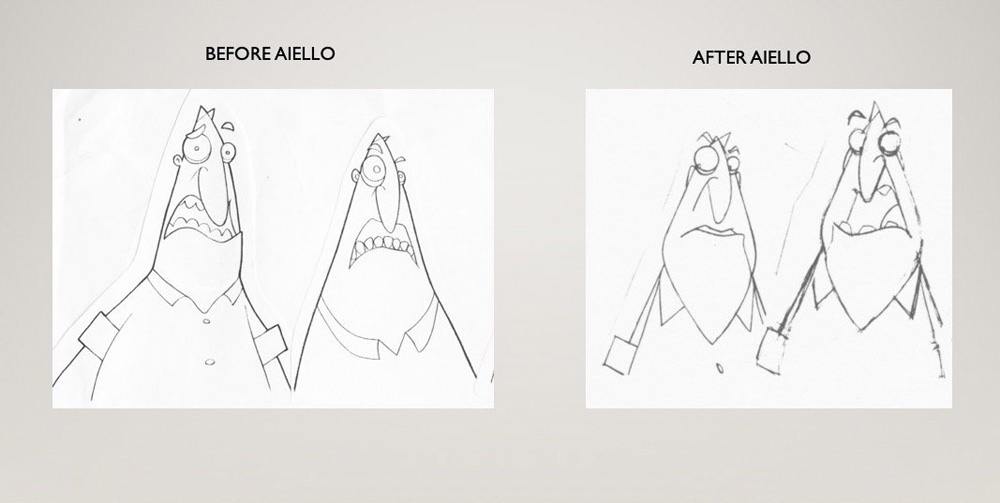 Danny had been reading for over an hour and approaching an important line that the turtle spoke. He wasn’t quite getting what I needed, and I belted out the line the way I thought it might go, which is something every directing book tells you not to do with actors. Aiello stopped what he was doing, took a long pause and straightened up, and said, “You want me to read it that way? The way you just did it?” I gulped slowly, looking up at this giant, “Uhhh yyyyeahhh???” He took a breath, smiled, and slowly walked over to me, putting his arm around my shoulder and said, “As an actor, I don’t usually do it that way…”

The room was silent. I imagined him turning into his character Sal the pizza man (Do the Right Thing) right in front of me, grabbing his bat from behind the bar to chase me out of the recording studio. The people in the booth were equally nervous. Danny continued, “…But for this… for this we have to! C’mon everybody!!!” He belts out a laugh and gives me a big hug. It was these gentle reminders and charisma that people seem to love about Danny. He was a pro without any ego. 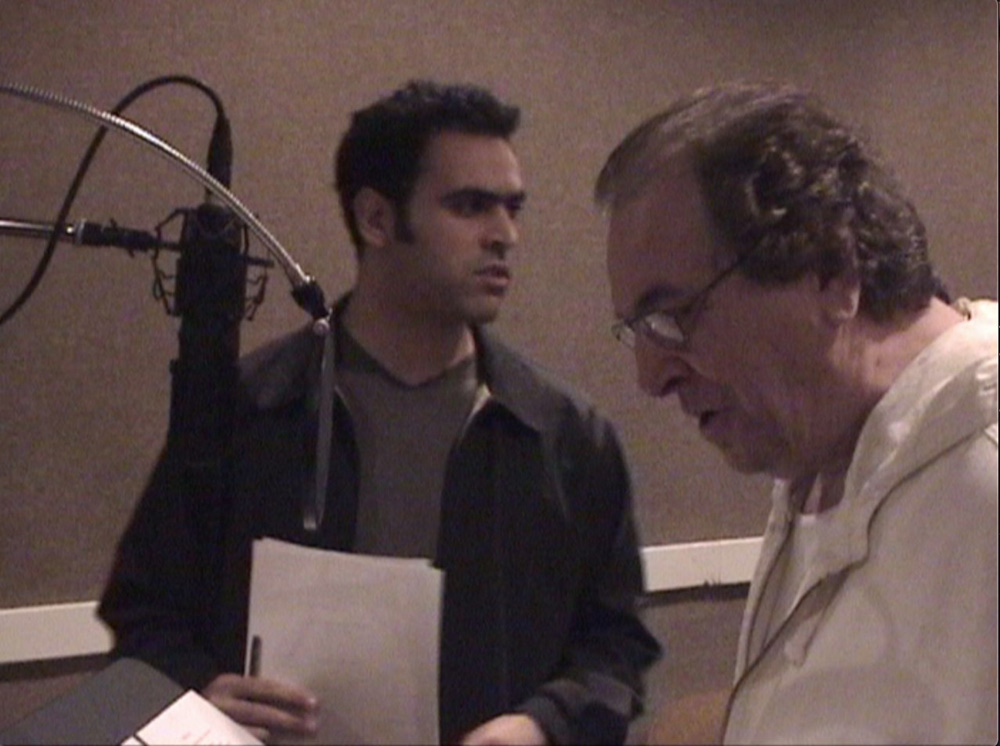 Based on the recorded tapes of Aiello’s performance, we were able to choose from a library of movements he portrayed for each character. Broad open, embracing poses for the Zookeeper when he was broadcasting his seemingly positive leadership style, quickly changed to hunched over snapping chaotic jerks, seething with anger, uncovering a manic controlling dictator. Then his slow, methodical, pain-filled emotional performance for the turtle was enough for anyone’s heart to well, as you experience the trauma exude from his vocal cords. Danny gave everything to this performance — watching his posture change form was a lesson in acting mastery.

When world events changed all of our lives on September 11, 2001, I donned my headphones, listening to Danny lament with the turtle’s story. All I could do was interpret how I was feeling on paper. Danny’s emotional vocal journey allowed my pencil to speak for me – creating a moody, dark, sad and scary sequence that seemed fitting for the events. The loss the turtle felt echoed the collective defeat the world was feeling when the towers fell. Not long after this event, the film went on hiatus. but this encounter with Danny Aiello was the glue that held it all together in the back of our minds until the story would emerge once again.

It was 12 years later when I received a phone call from Mark Jones, the Chair of animation arts at Seneca College in Toronto. He heard about an urban legend that I had an unfinished film with Aiello attached to it and would like to help us finish it. Seneca’s Summer Institute was no stranger to co-producing films, they were the school that animated on Chris Landreth’s Oscar winning short Ryan and on his Annecy Grand Prix film Subconscious Password. Nothing to Say returned to production in the summer of 2015. Working between Canada, California and Australia, we managed to keep three simultaneously in production until its completion in April 2019.

At the night of the premiere in Hoboken in 2019, I asked Danny his thoughts on the finished film. I was floored by his response. He said Nothing to Say gave him the emotional feelings of losing friends/loved ones on September 11, 2001. I had not spoken with Danny since the recording, there was no way for him to know my influence from the tragedy. It was amazing to see his connection to the events tie to his perception of this film.

This film is a message of tolerance and educating to instill empathy about displaced people after a tragedy. I was touched deeply that this resonated with Danny in such a prophetic way.

As I write this article, I just left the Palm Springs International Animation Festival, where I screened the film. Listening to Danny Aiello tonight, just a few days after his death, moved me more than it has in 18 years. I’ve listened to this track over 1,000 times, but tonight was different. I could hear Aiello’s voice and I could see his smile. How he worked with me, so diligent and determined to get it right. I can’t begin to express what an impact Danny Aiello had on me. His generosity to give a 25-year old from Canada his time and talent, taking direction like a pro from the greenest kid since Kermit the Frog, will never be forgotten. Thank you for reading my words and giving them meaning and respect. Thank you for giving me the performance of a lifetime. Thank you for a lifetime of inspiration.

Nothing to Say – 30 second clip “This is Your Last Chance” from Aubry Mintz on Vimeo.

You can also watch the entire film at myhero.com/nothing-to-say

Aubry J. Mintz has worked as a feature animator at Industrial Light & Magic and Square USA and an award-winning freelance animation director for clients such as Smirnoff, McDonalds, MuchMusic, General Mills and the Canadian rock band Rush. He produced the animated pilot Airship Dracula for Rides TV with the Canadian rock group The Sadies and Juno-winning animation director Michael Roberts, and directed the award-winning animated short Nothing to Say narrated by Danny Aiello and co-produced by the Oscar-winning Seneca Institute in Canada. Mintz is also co-author for the Focal Press book Ideas for the Animated Short 2nd Edition (Focal Press) and has presented his storytelling findings to audiences throughout the U.S. and Canada. Mintz is currently the Director of the School of Art at California State University Long Beach.