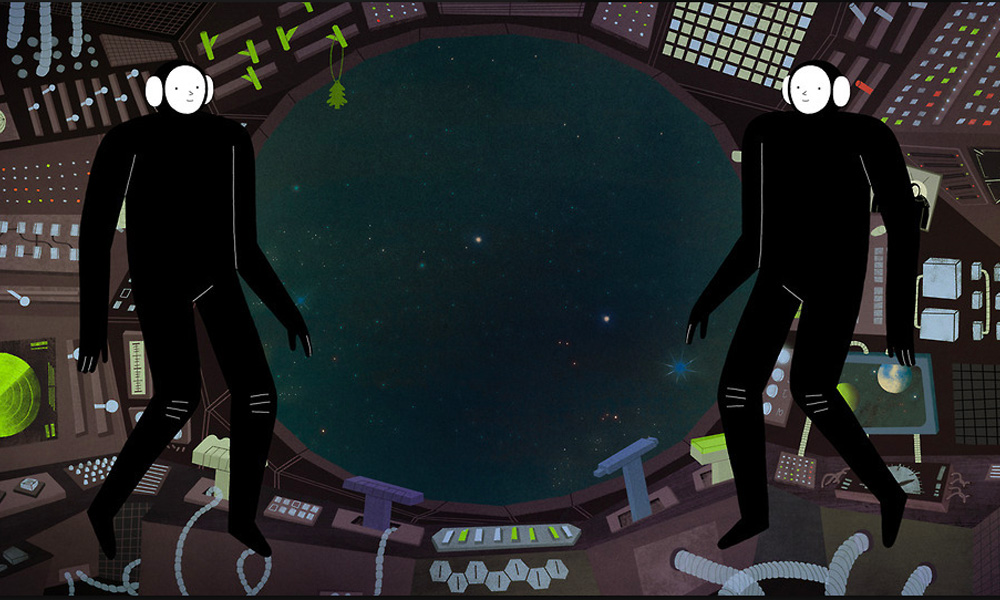 Réka Bucsi wants audiences to feel the warmth emanating from the mystical creatures of her award-winning short Solar Walk available to view for free online for a limited time.

There are some animated shorts that leave such a deep impression that their visuals stay with the viewer long after the first screening. That’s certainly the case of artist Réka Bucsi’s stunningly original short Solar Walk, which received the Grand Prize at the Ottawa International Animation Festival last month. The 20-minute short is described as the “journey of individuals and their creations through space and time … and the melancholy of accepting a chaos as beautiful and cosmic.” Once you meet Bucsi’s unusual creatures and their enigmatic journeys across the universe, it’s hard to forget them.

The Hungarian animator made a big impression on the festival scene with her two previous shorts, Symphony No. 42 (2014) and Love(2016). A graduate of the Moholy-Nagy University of Art and Design (MOME) in Budapest and Animation Sans Frontieres (ASF) at The Animation Workshop in Viborg, Denmark, Bucsi was also the artist in resident at the prestigious Q21 in Vienna, Austria. 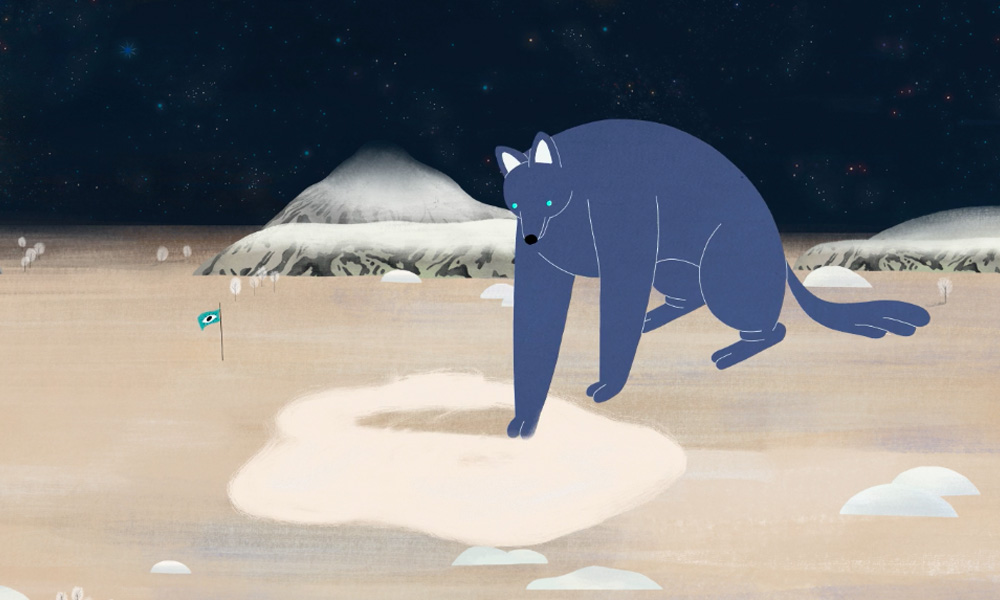 Bucsi’s new short was the result of a special commission for a cultural initiative in Aarhus, Denmark for a 50-minute animated piece to accompany new works by Danish composer Niels Marthinsen, which were inspired by astrophysics and evolutionary biology. “The short was accompanied by 20 musicians from the Danish Jazz Orchestra,” recalls Bucsi. “I started working on it in the beginning of last year, and I knew when I was asked to do it that it was going to be a hard task, so I began by doing the storyboards. The short is basically the essence of the longer piece.”

The director says Martinsen’s music wasn’t really ready when she was working on the animation. “I couldn’t listen to it, because it was basically a MIDI (Musical Instrument Digital Interface) version of the symphony,” she explains. “I knew that it was a sci-fi fantasia project, so I could do whatever I could do with that them. It had to involve space travel, and mind travel through space.”

Bucsi and her team of seven worked on the project for about seven months to have it ready for the live performance in September of last year. Three other animators worked on the project, and others pitched in for the 3D and compositing effects. The director and her team relied on TVPaint for the 2D animation (which is what she also used on her two previous shorts) and Maya for the CG parts of the project. The short was funded in part by Denmark’s prestigious The Animation Workshop, the Danish Film Fund, the Danish Arts Foundation and other local funds.

Discussing her creative process, Bucsi says when she is getting ready for a complex project like Solar Walk, she becomes very introverted. “This was a fast and crazy project,” she adds. “I only had two months to come up with the storyboards and the characters. I remember doing a lot of associative writing exercises. They involved storyboard drawing, so it wasn’t writing in the classical sense. I don’t remember how the characters really came alive.”

One technique that always seems to work for her is establishing the main environment of her projects. “I start with the little things, the details that I find interesting,” she notes. “I think about color palettes and shapes, and once I get that world established, it becomes easier to come up with new things.”

Growing up, Bucsi says she never considered that animation and films were done by real people, and that you could actually pursue a career in those fields. “Movies and cartoons were things that I enjoyed,” she remembers. “I always asked my dad what to draw, and I was drawing comics for myself. Then in high school, I had to think about what I was most interested in, and I decided to go to art school. It was actually my parents who suggested that I should try animation … that maybe I could make a living in that field. It just seemed too good to be true!”

When asked about her early influences, Bucsi mentions Steven Spielberg’s live-action movies. “I loved movies that had creatures in them, the ones that had a world that seemed real, but also involved a fantasy scenario. I also loved Disney’s classic movies, and I also watched Cartoon Network and The Simpsons!”

She also says that she considers herself lucky that she has been able to make artistic shorts right after finishing school. She also has a few good tips for people who want to have similar career paths. “My main advice is to go and watch a lot of movies — both live-action and animation, anything that you can get your hands on. Just look at art, read books and consume things. Also, take a lot of time, practice your craft and work hard. Don’t do the same things. Don’t get stuck in your comfort zone — experiment and try new things.”

Going back to Solar Walk, Bucsi says she hopes that everyone who sees her new work gets a general feeling of calm and well-being. “As I was making the short, my main focus was on the characters, and I wanted kindness to be their main emotion. It’s something that you don’t often seen in animation, because it’s easier to have extreme types of emotion, like love and anger, etc. We all need more kindness, and I hope the people get a good feeling when they see the short!”

You can view the animator’s earlier shorts at vimeo.com/rekabucsi.

“As I was making the short, my main focus was on the characters, and I wanted kindness to be their main emotion. It’s something that you don’t often seen in animation, because it’s easier to have extreme types of emotion, like love and anger.” – Director Réka Bucsi 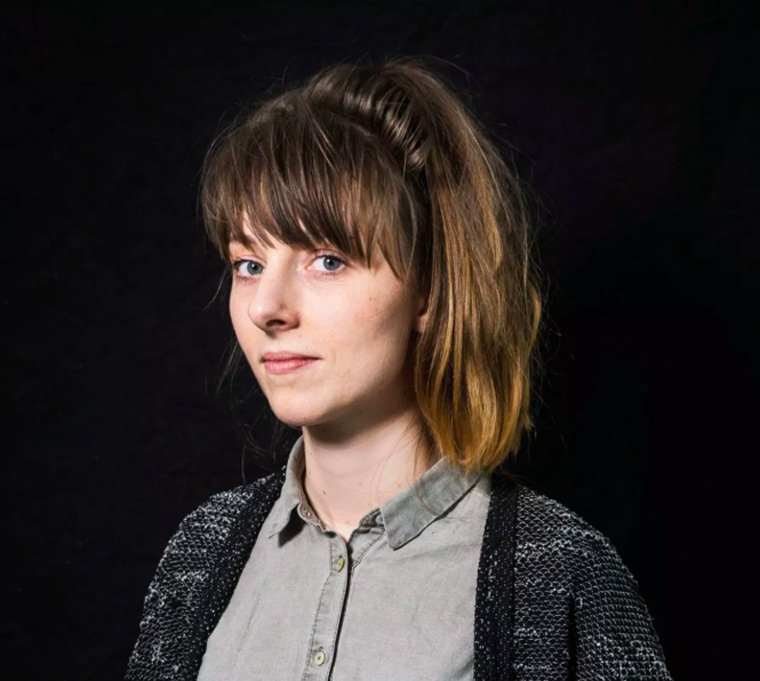