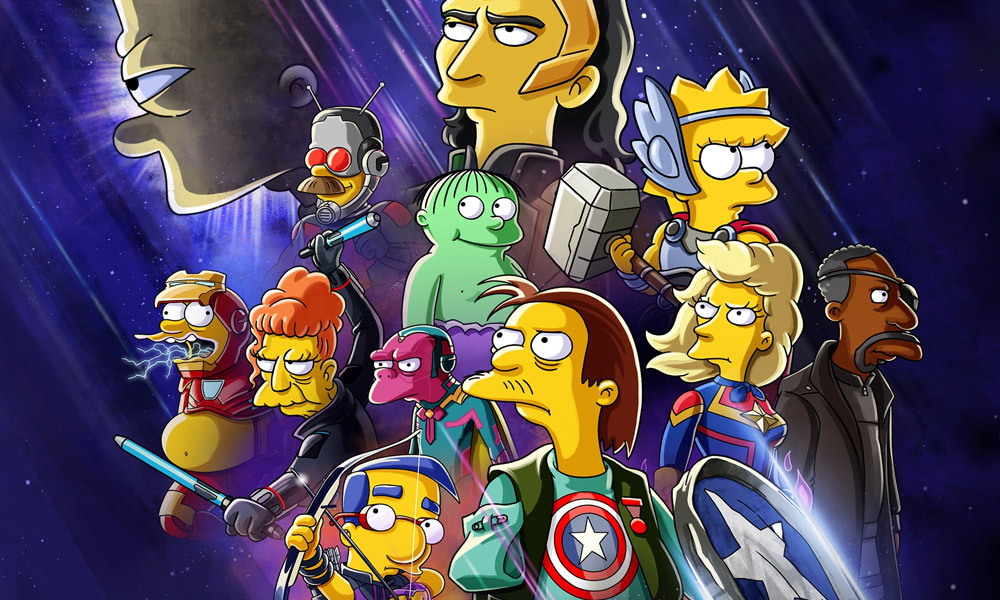 The Good, The Bart, and the Loki

Today, Disney+ announced The Good, The Bart, and The Loki, a new Marvel-themed short from The Simpsons premiering Wednesday, July 7. The mashup arrives on the heels of the premiere of the streamer’s latest Marvel live-action series, Loki.

In the new short coming exclusively to Disney+, Loki is banished from Asgard once again and must face his toughest opponents yet: the Simpsons and Springfield’s mightiest heroes. The God of Mischief teams up with Bart Simpson in the ultimate crossover event paying tribute to the Marvel Cinematic Universe of superheroes and villains.

MCU star Tom Hiddleston returns as the voice of Loki in the new animated short. The God of Mischief will be seen alongside many fan-favorite characters from The Simpsons.

Check out the short’s newly revealed key art, inspired by the poster for Marvel Studios’ Avengers Endgame, below.

The Good, The Bart, and The Loki is the second in a series of Disney+ shorts from The Simpsons that highlight the service’s marquee brands and titles. The previously released Star Wars-themed short Maggie Simpson in The Force Awakens from Its Nap is now streaming on Disney+. 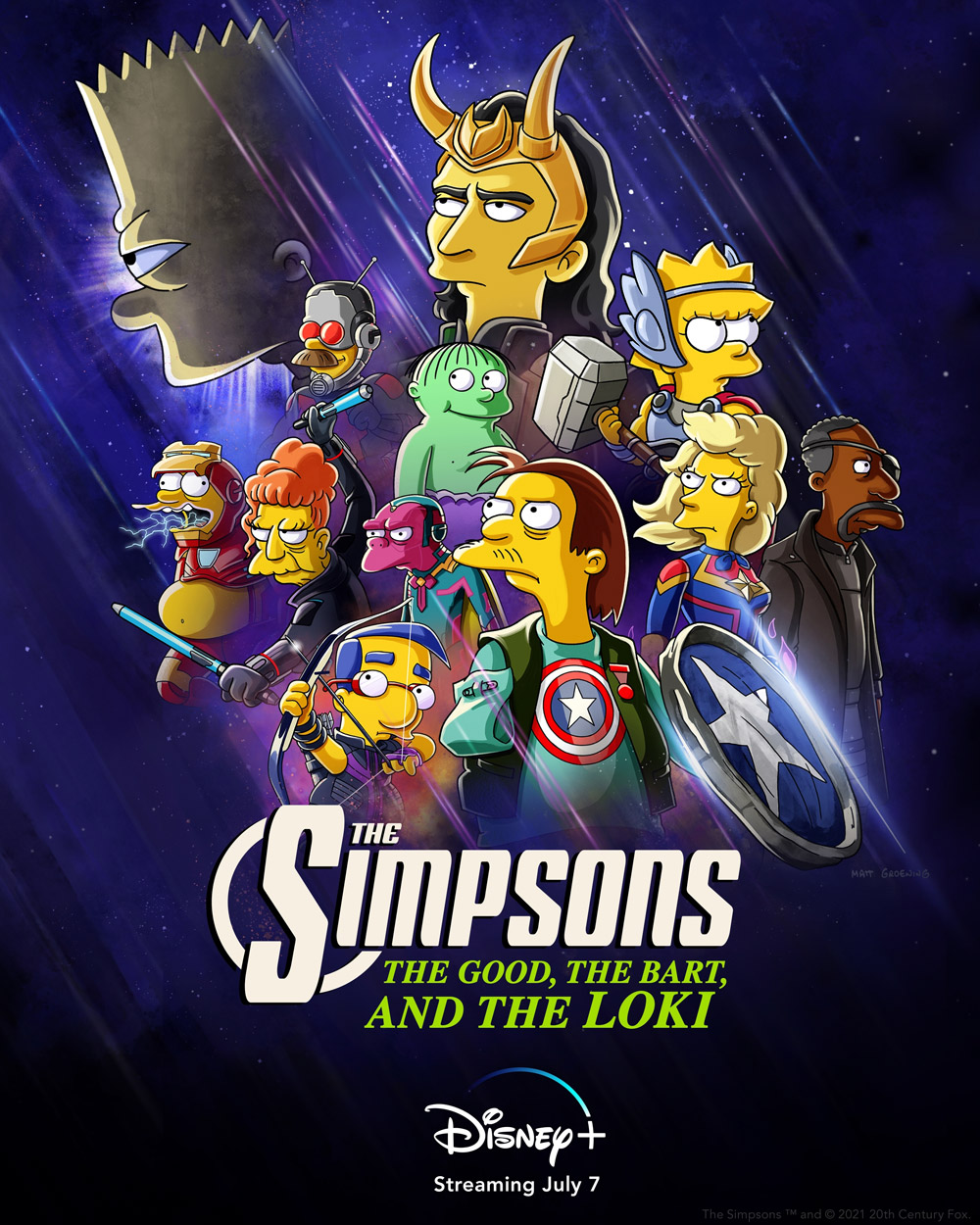 The Good, The Bart, and the Loki