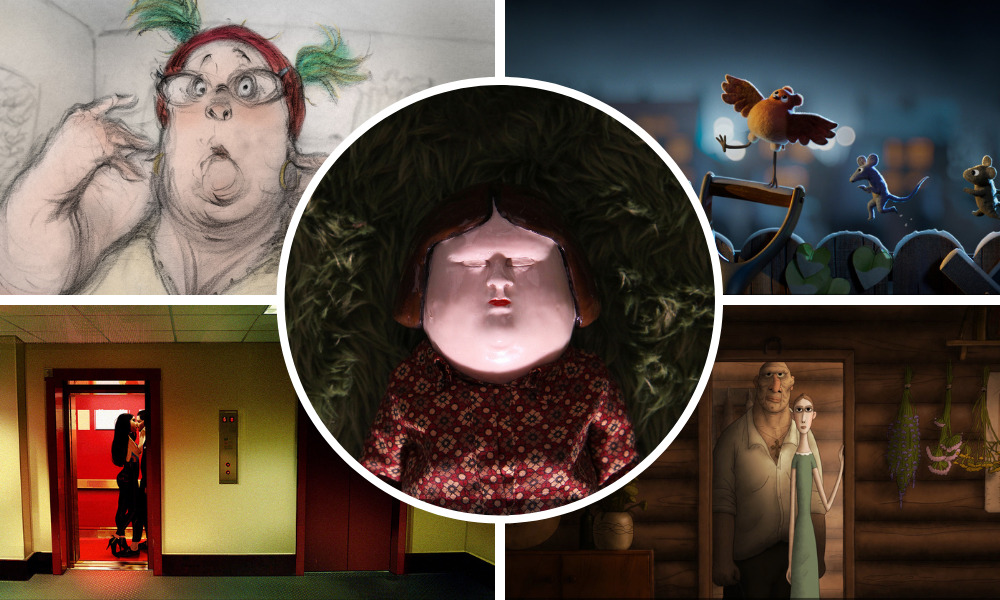 ShortsTV, the first and only global channel and network dedicated to short films, announced today the return of the 17th annual Oscar Nominated Short Films theatrical releases. Spanning the categories of Live Action, Animation and Documentary, the short films, listed below, will be available in theaters across the U.S. and Canada starting February 25.

The program will open in over 350 theaters across 100+ theatrical markets including New York and Los Angeles, before expanding to over 500 theaters. To learn more about the participating theaters and how to purchase tickets, visit tickets.oscar-shorts.com. This is the only opportunity for audiences to watch the short film nominees in theaters before the Academy Awards ceremony on Sunday, March 27.

“What a way to get back to the big screen! ShortsTV is bringing pure cinematic gold — this year’s Oscar-nominated shorts — to theaters across the U.S. and Canada once again,” said ShortsTV CEO & Founder Carter Pilcher. “This batch of Oscar contenders will blow your minds: they’re that good, that shocking and that entertaining. We promise fifteen of the best movies you’ll see this year.”

The program will be available only in theaters for the first four weeks and then will also be available on VOD via iTunes, Amazon, Verizon and Google Play beginning March 22.

Nominations for the 94rd Academy Awards were announced on February 8. 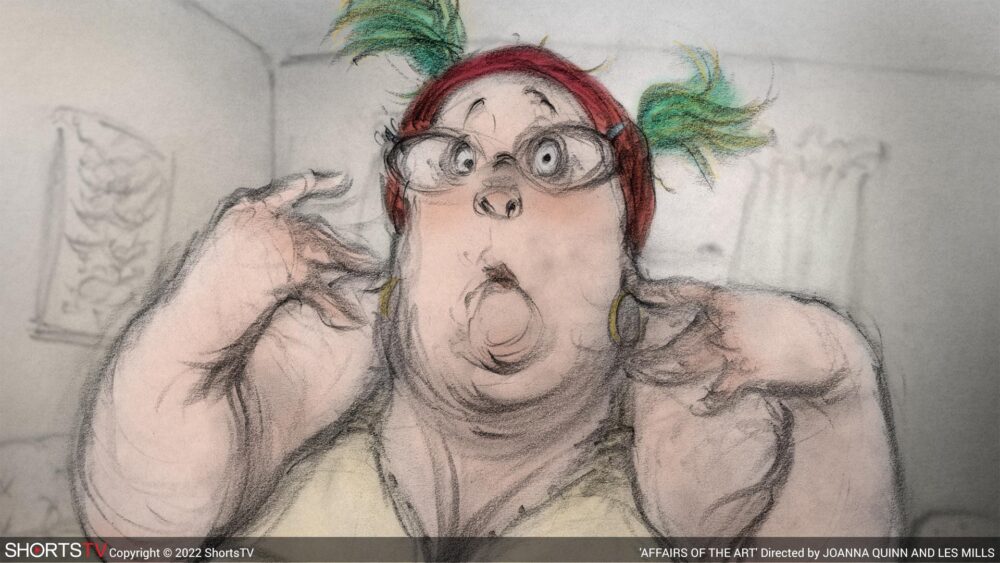 For mature audiences only.

Affairs of the Art (2021 | U.K./Canada | 16 min.) With Affairs of the Art, director Joanna Quinn and producer/screenwriter Les Mills continue the series of beloved, hilarious and award-winning animated U.K. films starring Beryl, a 59-year-old factory worker who’s obsessed with drawing and determined to become a hyper-futurist artiste. We also meet her grown son, Colin, a techno geek; her husband, Ifor, now Beryl’s model and muse; and her sister, Beverly, a fanatical narcissist living in LA. Affairs of the Art provides glimpses into Beryl’s, Beverly’s and Colin’s peculiar childhoods, and we see that obsession is in this family’s DNA. The first co-production between Beryl Productions International and the National Film Board of Canada, Affairs of the Art features Quinn’s signature hand-drawn animation with attitude and Mills’ raucously humorous scenarios, in an endearing romp through one family’s eccentric addictions. 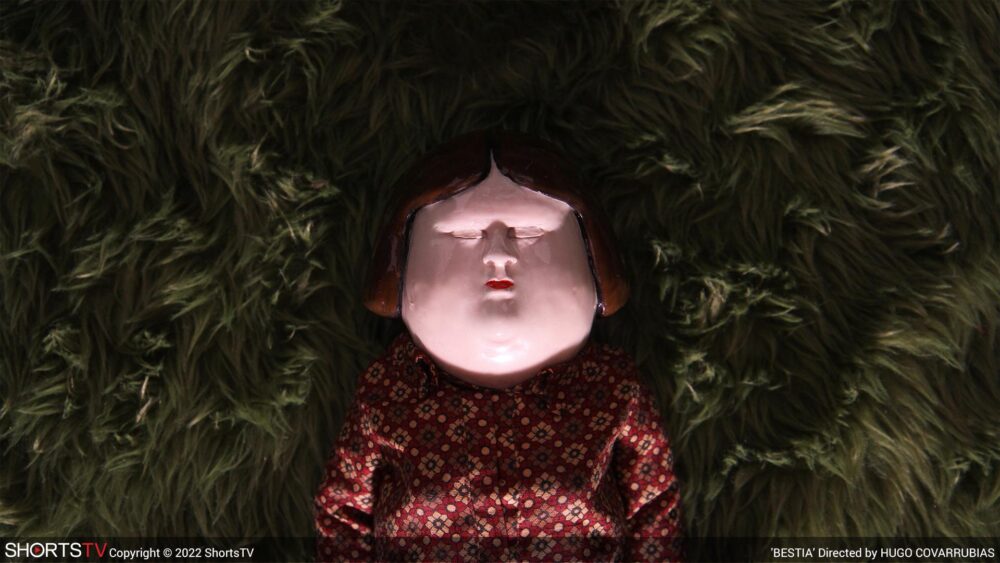 Bestia (2021 | Chile | 16 min.) Directed by Hugo Covarrubias. Inspired by real events, Bestia enters the life of a secret police agent in the military dictatorship in Chile. The relationship with her dog, her body, her fears and frustrations, reveal a macabre fracture in her mind and a country. 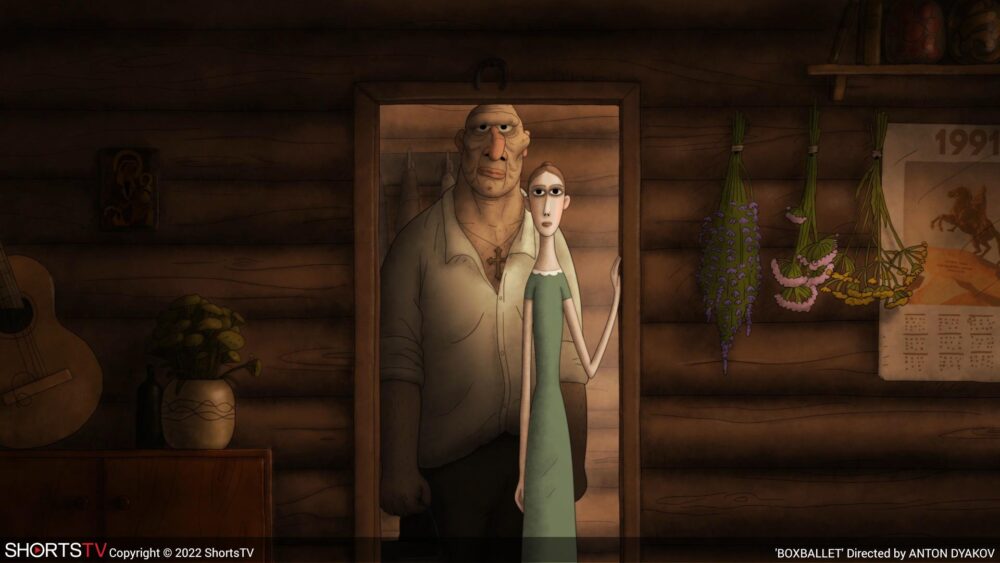 BoxBallet (2021 | Russia | 15 min.) Directed by Anton Dyakov. Delicate ballerina Olya meets Evgeny, a rough boxer who personifies “strong but silent.” With very different lives and worldviews, will they be brave enough to embrace their feelings? Can two fragile souls hang on to each other despite the world’s cruelty? 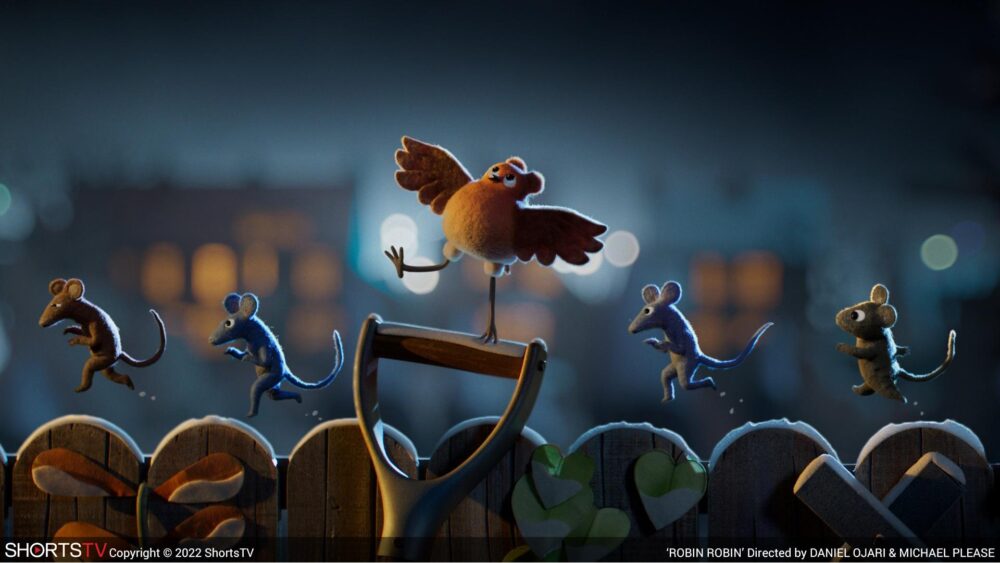 Robin Robin (2021 | U.K. | 31 min.) Directed by Daniel Ojari & Michael Please. Robin Robin, an Aardman Production, is the tale of a small bird with a very big heart. After a shaky nativity of her own — her unhatched egg falls out of the nest and into a rubbish dumpster — she comes out of her shell, in more ways than one, and is adopted by a loving family of mice burglars. More beak and feathers than fur, tail and ears, more cluck and klutz than tip-toe and stealth, she is nonetheless beloved by her adopted family, a Dad Mouse and four siblings. As she grows up, though, her differences make her something of a liability, especially when the family take her on furtive food raids to the houses of the humans (pronounced ‘Who-mans’) in the dead of night. Neither fully bird, nor fully mouse, Robin embarks on a food heist of her own to prove herself worthy of her family and also, hopefully, to bring them back a Christmas sandwich. Along the way, she encounters a curmudgeonly magpie who has a house full of glittery things that he’s stolen and, as it turns out, an unlikely heart of gold. He has set that heart on stealing the sparkling star from the top of a local who-man family’s Christmas tree. And who better to help him than the eternally optimistic Robin herself. The adventure brings them face-to-terrifying-face with a menacing, yet very cool Cat, who has a warm place for birds and mice alike: her tummy. Can they survive? Can they bring home the sandwich and the star? And, most of all, can Robin discover, and learn to love, who she really is, delighting her family and earning her wings in the process? 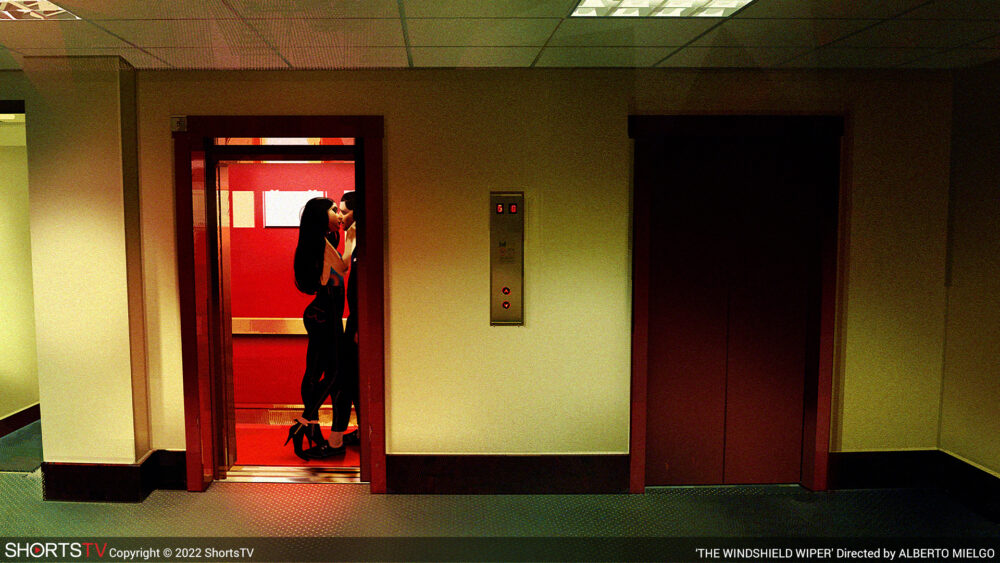 The Windshield Wiper (2021 | Spain | 15 min.) Directed by Alberto Mielgo. Inside a cafe while smoking a whole pack of cigarettes, a man poses an ambitious question: “What is Love?” A collection of vignettes and situations will lead the man to the desired conclusion. 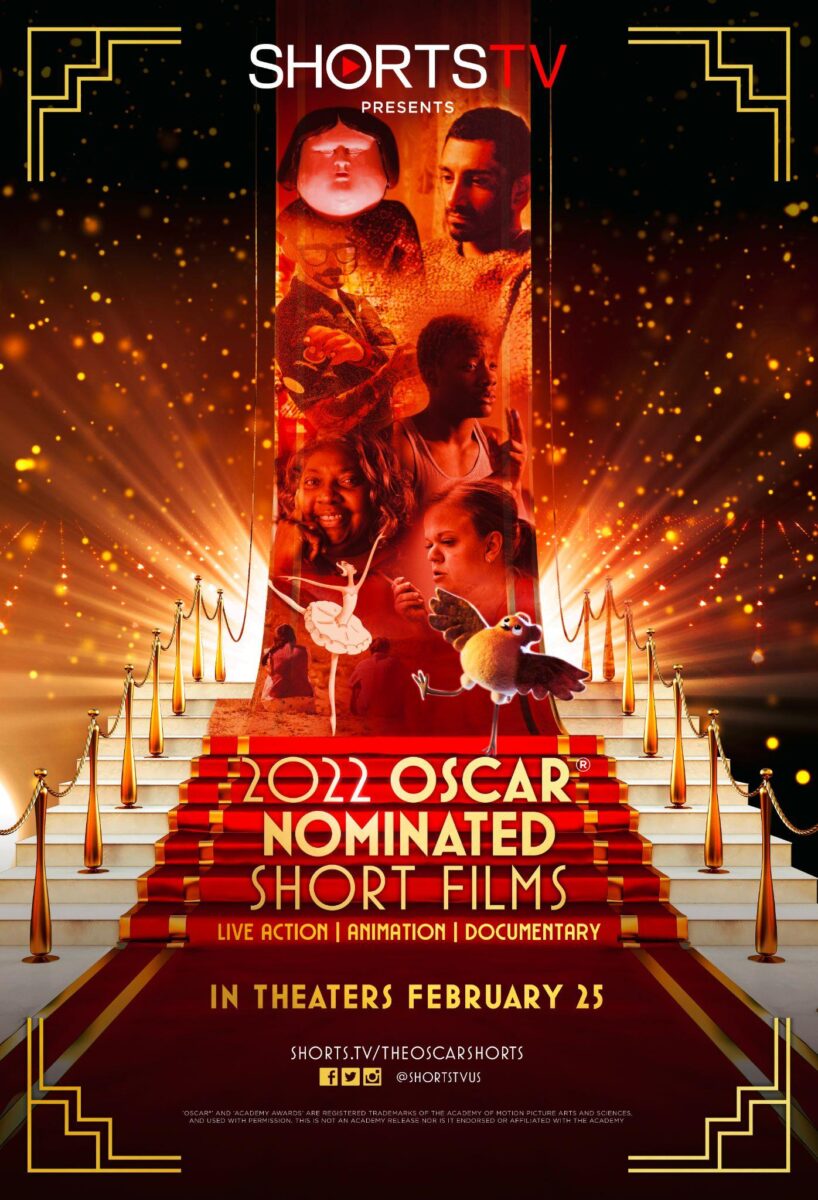