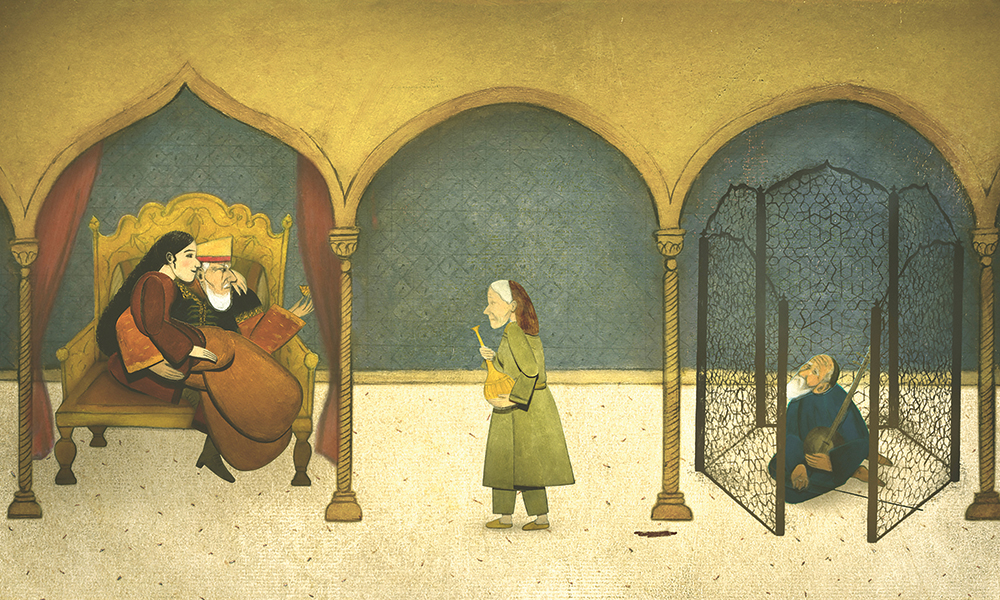 Years ago, when animation director Reza Riahi was studying art and painting in Tehran, he was deeply inspired by classic Persian miniatures and the stories they told about kings, heroes and lovers. This year, animation fans can see how these timeless works of art influenced the talented helmer as his short Navozande, the Musician (or simply The Musician) arrives in festivals and screenings around the world. The meticulously crafted short tells the story of two young Persian lovers who are tragically separated by a brutal invader during the Mongols’ 13th century invasion, and reunited decades later.

“I began to draw the early sketches for the short when I was listening to the ‘Silent City,’ by one of Iran’s greatest musicians, Kayhan Kalhor,” recalls Riahi. “These first drawings grew into a story rooted in history, but it’s also a very contemporary tale which illustrates the pain that the people of my region suffer. Kings are still in power disguised in religious clothes.” 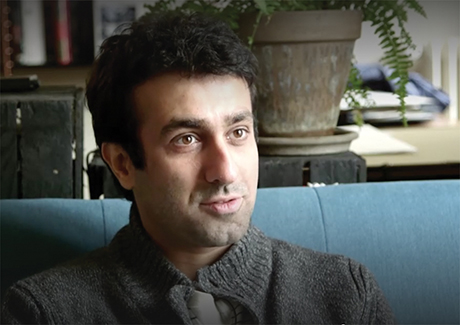 Riahi wrote the story and began storyboarding the project in 2014 before moving to Ireland for three years to work on Nora Twomey’s acclaimed feature The Breadwinner. He then returned to France and began to raise the budget with his producer and friend Eleanor Coleman. After collecting the needed financing and assembling an incredible crew, Riahi and his team began preproduction during which the director tried various art materials to achieve the painting cutout technique he was striving for. Once pre-production began it took the team about two years to make the film.

“We had a crew of 10 people working across the different phases of the film, including storyboarding, pre-production as well the animation and post-production,” Riahi tells us via email. “The technique we used was traditional cutout stop-motion animation in front of the camera. Which means we created countless puppets of many different sizes and lots of backgrounds which I first drew then painted and then we cut them all out by hand assembling them and then animating all the puppets in front of the camera, frame by frame. I also found a solution to paint and erase the faces of the puppets while moving them under the camera, to achieve the emotions and acting of the characters as I had imagined.” 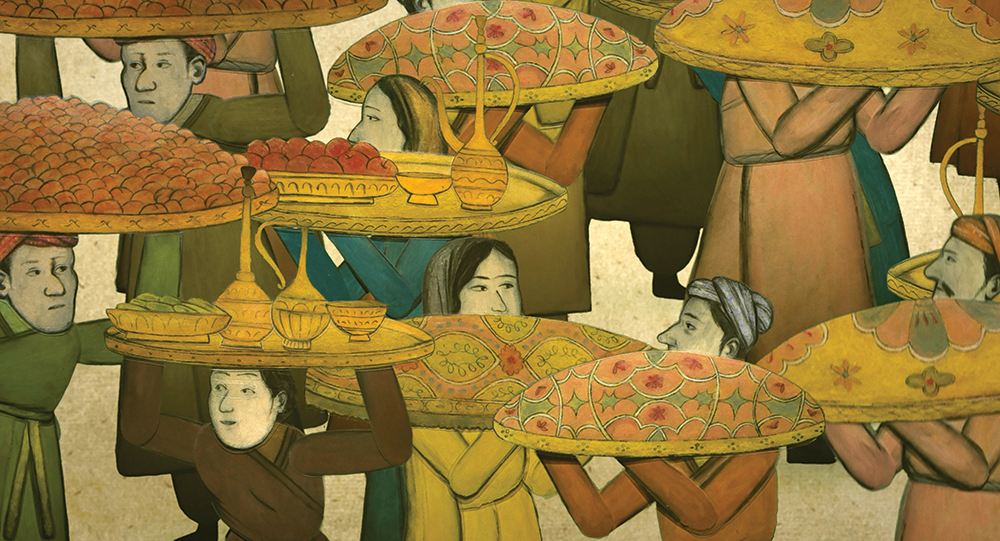 Riahi says everything that he writes and draws is heavily inspired by music. “I listen to almost every type of  music,” he explains. “From traditional classical Persian music to rock or metal. I have found that the strongest impact you can have as an artist is through music. I feel very privileged to understand Persian poetry and music which contains very deep ancient stories of the loving and the suffering of my people. In Persian poetry there is also such hope and such generosity. I have found these extraordinary patterns in the music and poetry of Iran, Afghanistan and Tajikistan extending into Mongolia and  China. I grew up with all these stories in school and in my parent’s home, and I wanted to do a film to honor this incredible heritage.”

The helmer says he began communicating through images and visuals even when he was only five. “It was little by little that I realized that a fixed image was not enough for me and I wanted more,” Riahi remembers. “So I started making comic strips. Then I needed rhythm and music. Slowly it became clear that I would have to do animation to tell the stories I wanted to write.” 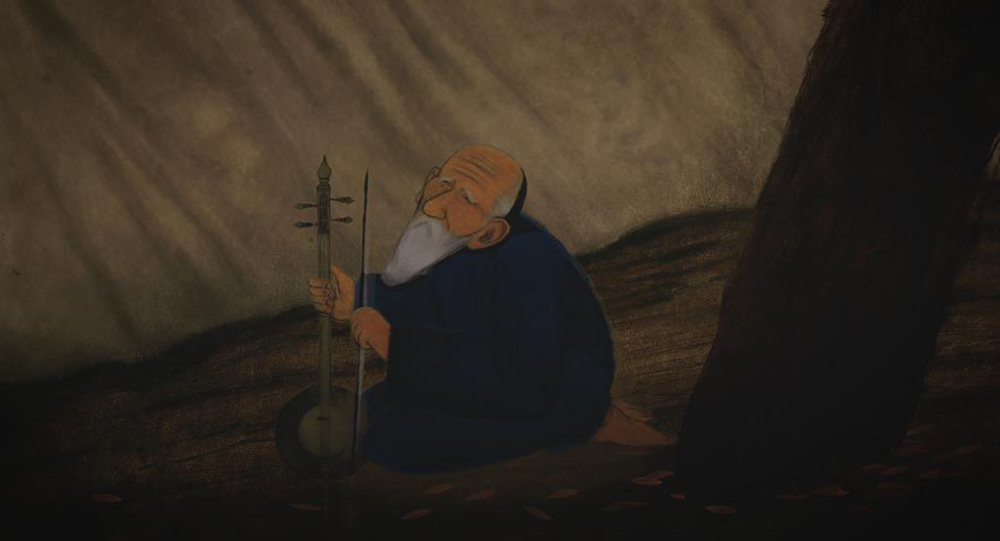 Riahi says he loves Russian, Japanese and Eastern European animation filmmakers, such as Isao Takahata, Satoshi Kon, Yuri Norstein, Alexander Petrov and Hayao Miyazaki, among others. “I am also very inspired by live-action directors as well as classical painters. Artists like Abbas Kiarostami and Akira Kurosawa as well as Charlie Kauffman — I love his work!”

Looking back at his experience as co-art director of The Breadwinner, Riahi says he began to create the characters and graphic style of the film in 2014. “I had never worked before on such a large production. The film was a big boat directed by Nora. I learned a lot from other crew members and especially Nora. Not only in terms of directions, but also in the way she was so patient and disciplined. She really trusted me and my style, and when I felt that trust, I was very inspired, and so I was constantly creating and suggesting whatever came to my mind for the film.” 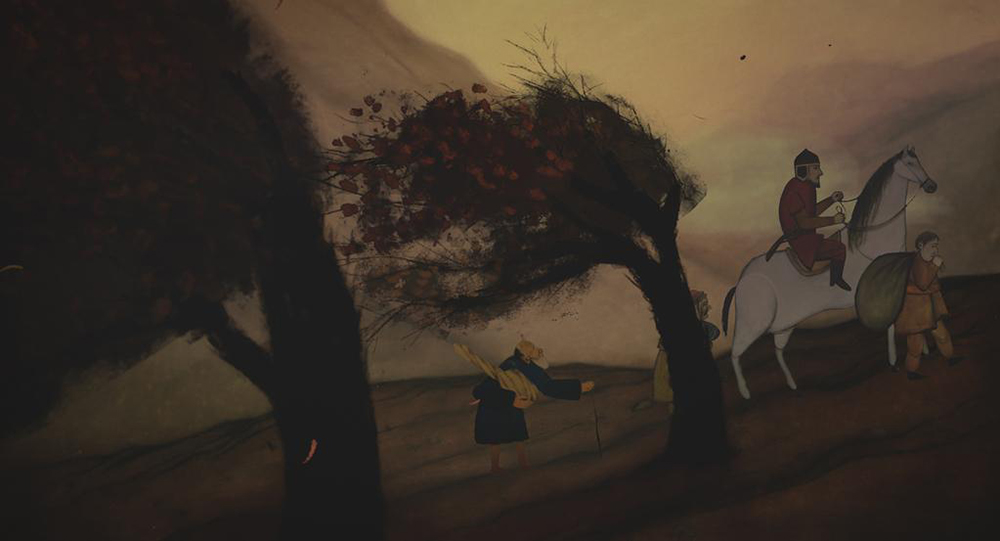 Earlier this year, The Musician picked up the animation prize at the Tribeca Film Festival and is one of 90-plus animated shorts qualified for Oscar consideration. Riahi says he has been quite touched by audience reactions to the work. “People cried a lot,” he says. “I was not specifically proud hearing that, yet at the same time that was what I had intended. Some people wanted to know why the musician’s long-lost lover didn’t leave with him or why he didn’t insist to stay with her. Well, in my view, they had lived their lives and had turned the page: They lost each other 50 years earlier. Yet, I guess, people really want a happy ending.”

“I was aiming to tell a story that could be understood and felt by an audience in any culture in every country,” concludes the director. “This story is told through images and the only voice that carries us is the music. It’s a universal story of longing between two people. In ancient times and today, The Musician could be set in Iran, in Syria, in Afghanistan, in Europe or in the U.S.A. Instead of the old kings, we now have politicians who are disguised differently, but they’re equally ruthless. Our musician and our woman could be found on any corner of many streets around the world today.”