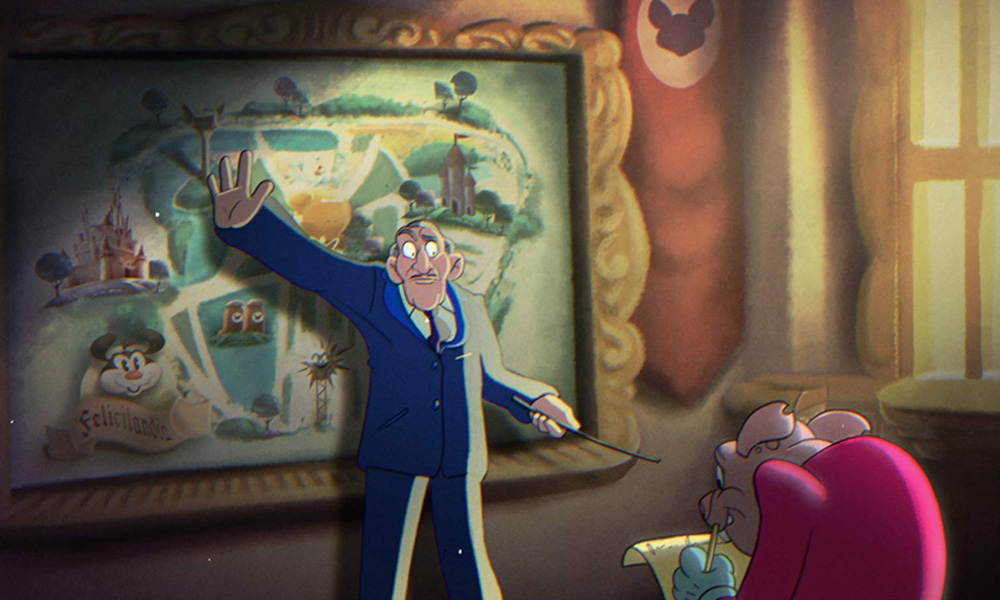 Lunes Animation Studio (Chile) has released its acclaimed short Waldo’s Dream on YouTube for free, worldwide. Directed by José Ignacio Navarro Cox, Jorge Campusano and Santiago O’Ryan, the film pays homage to classic 2D cartooning while squinting at the unstoppable growth of the Disney entertainment empire. Remarkably, the directors told Variety that the script was written before the company snapped up Marvel and Fox.

Waldo’s Dream is a three minute submersion into the haunted psyche of “Waldo Joy,” who is driven by an obsession to create a perfect, happy, optimistic world remade to his specifications — much like he gives a cuddly-cute cartoon makeover to his rat-son. As he goes through trial and error with his Happyland theme park, he eventually realizes he may not live to see his dream come true … and so he slips into a cryogenic chamber to wait.

The short was an official selection of the 2018 Annecy animation festival. Learn more about Lunes at www.lunescinetv.com.