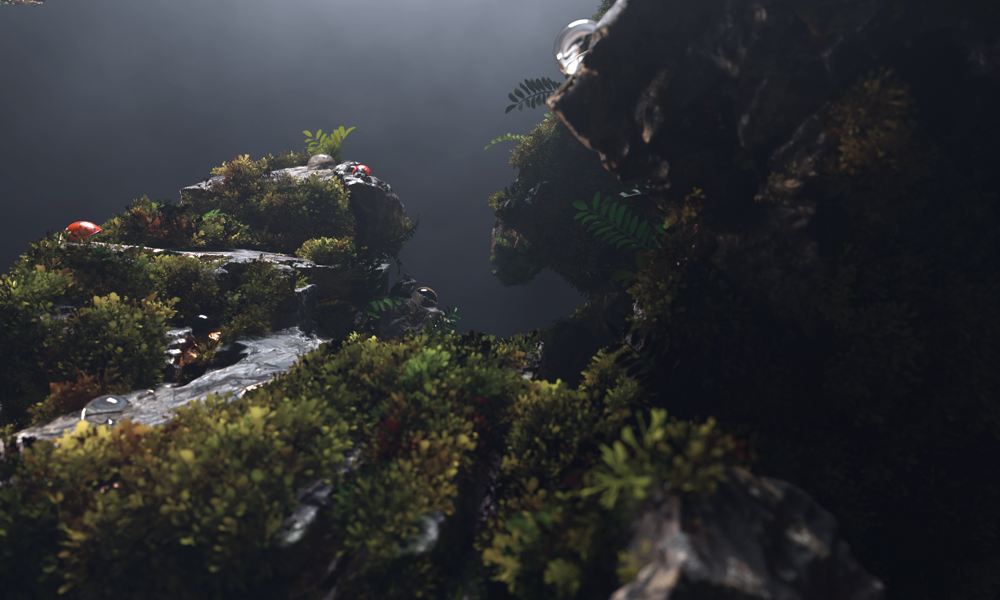 A new design-led studio dubbed Plume has opened its shutters with a hypnotic, photoreal new CG short exploring the interplay of spiritual energy and the elements, Plume of Light. Established by the founders of sibling studio Feed Me Light, London-based Plume aims to deliver creative visions to clients through movement, design, art direction and technology.

The studio explains that launch film Plume of Light is loosely inspired by the experience of a Kundalini awakening, where energy rises through the body from the base of the spine to the top of the crown, up to the universe and spirit, according to Hindu beliefs. The team used the five elements (Earth, Water, Fire, Air, Spirit) to guide the audience on an emotional and spiritual journey from the depths of the Earth through an inner path towards light. This frame allowed Plume to experiment with different elemental effects and looks, and showcase its capacities for both strong animation and creating realistic visual worlds.

With a name inspired by nature and her elements both physical and conceptual, Plume has been a passion project of Feed Me Light founder Denis Bodart for the past few years, harkening back to his days as a motion-graphics artist and leaning on his experience setting up FML — one of London’s up-and-coming animation studios.

Combining this experience and skillset positions Plume to uniquely blend animation expertise from FML into its design-led production studio. The two outfits sit within the same four walls, allowing for a natural expansion, knowledge sharing among the pool of talent and procedural support, while maintaining clear, individual creative visions.

Visit www.plume.tv or Instagram @plume.tv to discover the new studio.