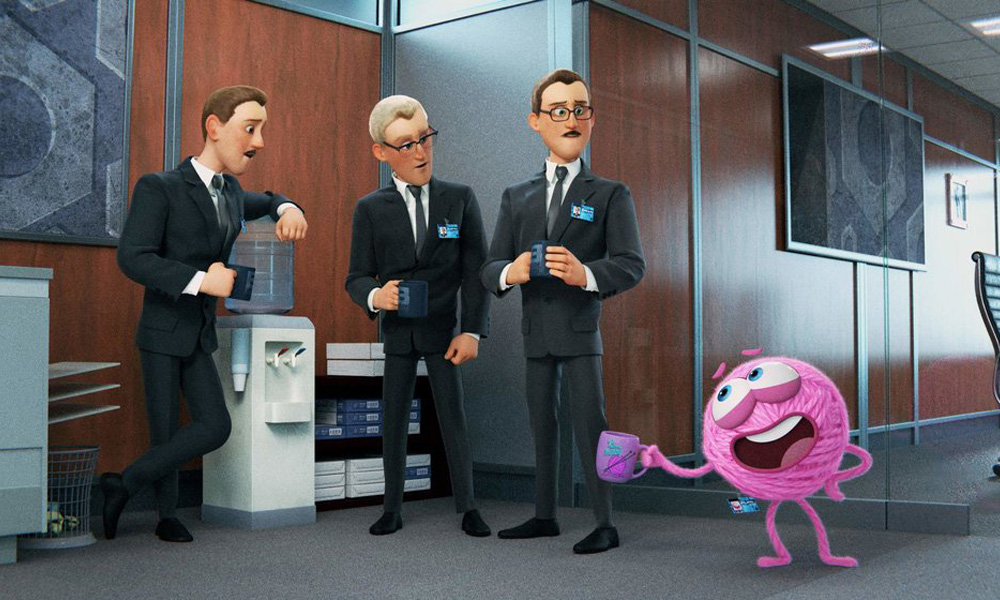 The CG animation is a blend of Pixar-stamped sleekness with some cartoony pops, and the setting — a dude-dominated office — lends itself to more adult-targeted jokes than audiences are used to from the kids’ movie powerhouse. (There’s even a cuss.) However, an emotionally engaging lead character and a positive resolution are as familiar as they are welcome.

Purl, directed by Kristen Lester and produced by Gillian Libbert-Duncan, features an earnest ball of yarn named Purl who gets a job in a fast-paced, high energy, bro-tastic start-up. Yarny hijinks ensue as she tries to fit in, but how far is she willing to go to get the acceptance she yearns for, and in the end, is it worth it?

The music was composed by Pinar Toprak, who is currently working on Disney-Marvel’s Captain Marvel.