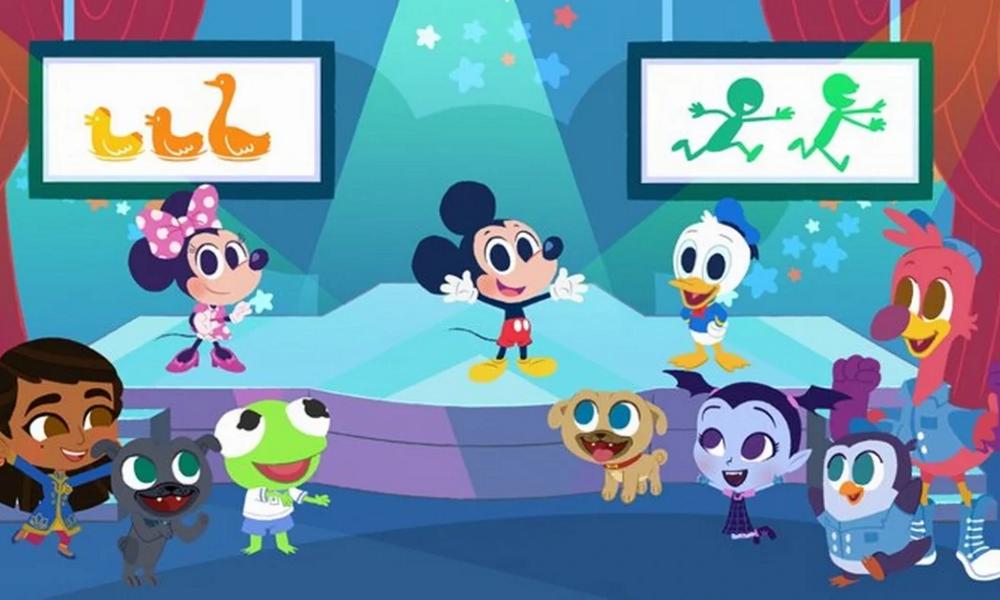 Everybody Gets a Vote

Beloved preschool toons are turning out for democracy, as both PBS KIDS and Disney Junior announced new shorts about the importance of voting on Thursday.

Arthur, the most popular weekday series on PBS KIDS, launched Arthur: Get Out the Vote! The three-minute video features Buster and Binky, who share ways kids can help the grown-ups in their lives make a plan to vote. Families can watch the short on Facebook, pbskids.org and on YouTube as part of PBS KIDS’ ‘Election Collection.’ (Or, watch it below!)

Arthur: Get Out the Vote is the show’s fifth short since March 2020, preceded by Wash Your Hands, 2020 Commencement Address, Arthur on Racism: Talk, Listen and Act and Wearing a Mask!

Disney Junior announced its new 2D-animated musical short Everybody Gets a Vote, which is rolling out on the channel’s YouTube and DisneyNOW ahead of its on-air premiere November 1. Part of the channel’s popular ‘Ready for Preschool’ series (nearly 23 million views on YouTube), it is designed to encourage kids ages 2-7 to develop positive attitudes about themselves and as a member of a community.

“Our series reinforces lessons for preschoolers, through song,” said Lori Mozilo, Executive Director, Original Programming, Disney Junior. “With this new short, we share why, for the greater good, every vote matters.”

In Everybody Gets a Vote, beloved Disney Junior characters — including Mickey Mouse, Donald Duck, Mira, Vampirina and baby Kermit — determine that a vote is the best and most fair way to choose a playtime game. Viral sensation Rob Cantor, vocalist/guitarist for indie band Tally Hall and creator of the infamous “Shia LeBeouf” music video, is singer and songwriter for the short.

Arthur: Get Out the Vote!

You may also like...
Related Topics:"Wash Your Hands", 2020 Commencement Address, Arthur, Arthur: Get Out the Vote!, Disney, Everybody Gets a Vote, featured, PBS, PBS Kids
Geographic Region:North America