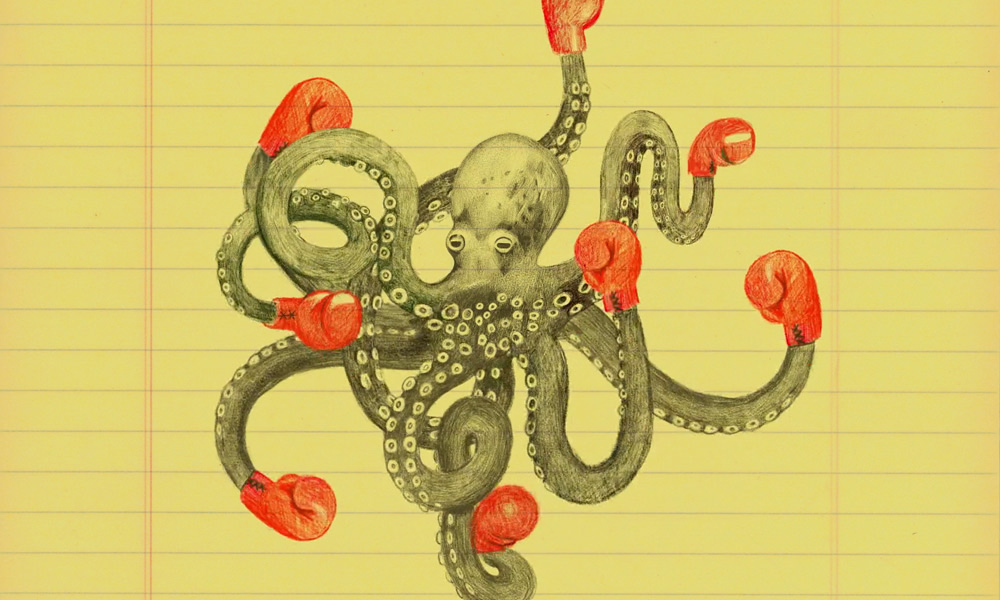 Catherine Lepage’s NFB animated short Le mal du siècle (The Great Malaise) will receive its international premiere in competition at the prestigious 70th annual Berlin International Film Festival (February 20 to March 1, 2020). The film was selected to screen in the Generation 14plus program, which gives young audiences an opportunity to watch a diverse offering of powerful, relevant stories that are cinematically innovative and unconventional.

“It was my secret dream to have my premiere in Berlin, and I am absolutely thrilled that they have selected The Great Malaise!” said Lepage. “The NFB gave me the opportunity to follow my instincts in making my first film, and this honor has confirmed for me that if art is personal and honest it can achieve something universal.”

The 5’19” short juxtaposes a young woman describing herself and her life in glowing terms, while the visual narrative tells a different story, powerfully illustrating the heavy burden of anxiety carried by this worried overachiever.

The Great Malaise (Trailer 30 sec.) from NFB/marketing on Vimeo.

The Great Malaise is the first film by Lepage, an illustrator and author whose books like 12 mois sans intérêt, Fines tranches d’angoisse (Thin Slices of Anxiety) and Zoothérapie, have been translated and published around the world. The short had its world premiere on home turf, at the 2019 Montreal Animated Film Summit, where it won People’s Choice Award (international competition) and Jury Special Mention (Canadian competition) honors.

“Catherine Lepage’s sensitivity, her immense visual talent, and her intelligence as a storyteller set her apart as an animation filmmaker to watch,” said Marc Bertrand, Producer at the NFB. “I hope we’ll get a chance to work together again soon. In her first film, Catherine offers a humorous take on a very troubling problem that can affect anyone.”

You may also like...
Related Topics:featured, NFB, The Great Malaise
Geographic Region:Europe