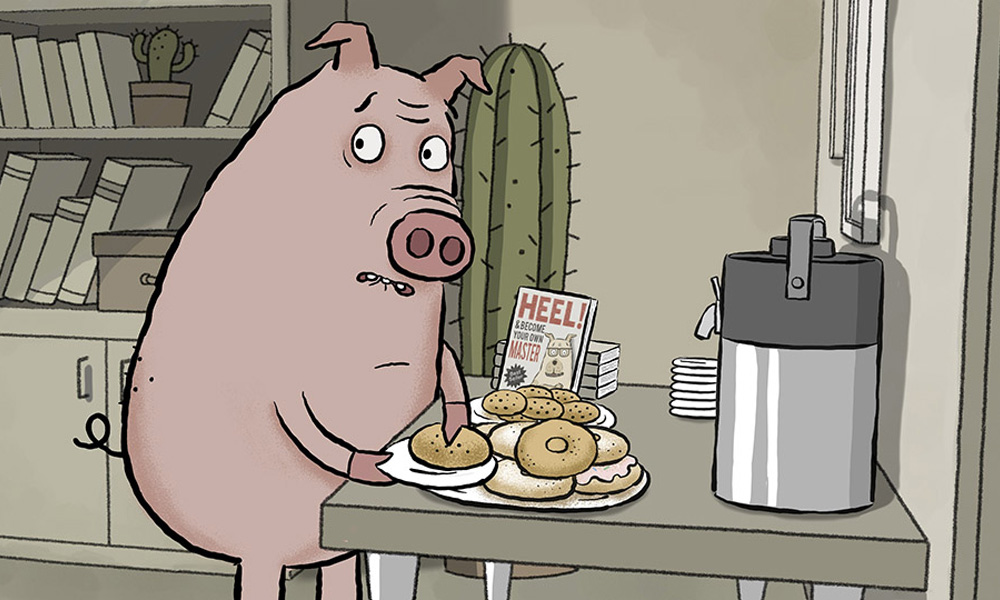 The National Film Board of Canada has unleashed Alison Snowden and David Fine’s Oscar shortlisted animated short Animal Behaviour on its YouTube channel, available now through January 12. This Academy Award season has seen each of the 10 film vying for a Best Animated Short nomination made available online, offering fans and Oscars voters a chance to soak up and revisit these toon gems of 2018 (even if only for a limited time).

Produced by Michael Fukushima for NFB, Animal Behaviour is a comical, zoological approach to modern neuroses, taking place at a group therapy session for critters overseen by a canine therapist. The 2D short has won awards form Anima Mundi in Brazil and the Los Angeles Animation Festival, as well as featuring on the official selections of Animafest, Annecy, Ottawa and the Manchester Animation Festival.

Jamaica’s KingstOOn Attracts Global Talent
XRDC 2018: The State of the Art of XR