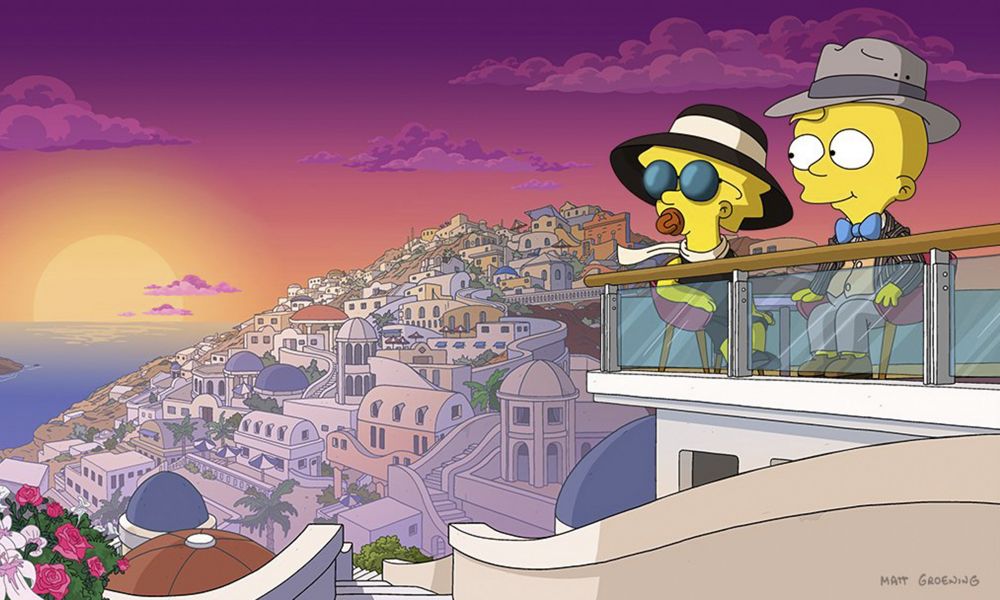 In a mega animation brand crossover, the upcoming Disney-Pixar original feature Onward will be preceded in theaters not by a homegrown studio short, but by a new Simpsons adventure: Playdate with Destiny. The unprecedented match-up is a result of Disney’s purchase of 21st Century Fox asset, including the record-breaking Matt Groening series.

Sneak-peek screenings of the short, which stars baby Maggie Simpson and another tyke named Hudson in a girl-meets-boy story of “the first blushes of love”, will begin Saturday ahead of Onward’s release March 6.

As Simpsons executive producer Al Jean told EW in the big reveal Friday, Playdate with Destiny has been in the works for some time: “It started because two of our writers, Tom Gammill and Max Pross, pitched the basic idea as part of a Simpsons story [for the show] a couple of years ago … When we did the episode, [executive producer] Jim Brooks thought they could turn that part into a theatrical short. So, we delayed the episode, which will now air April 19.”