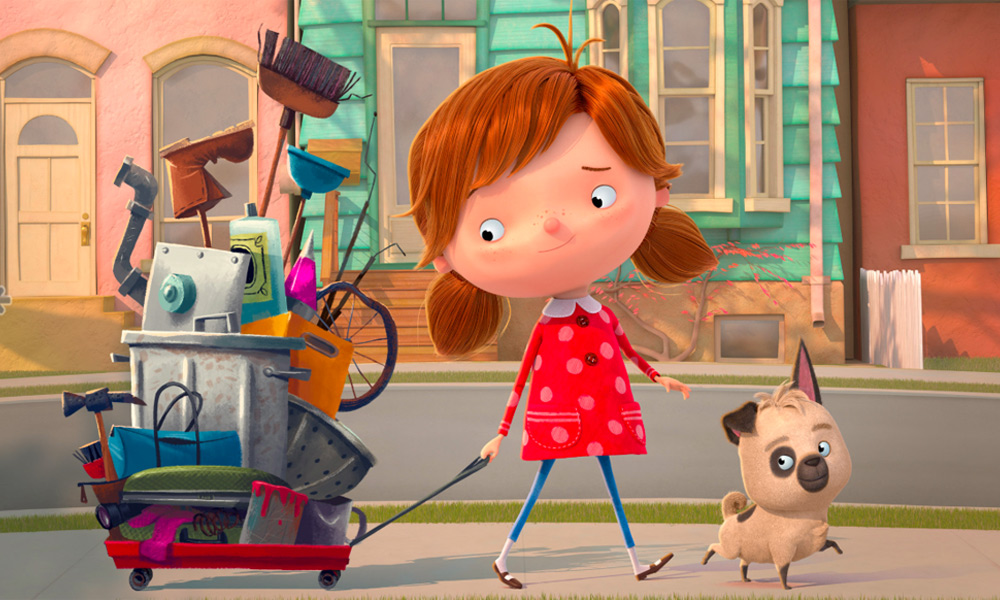 The 22-minute project is based on a charming book by Ashley Spires which centers on a young girl who sets out to make a fantastic gift for her best friend, but soon discovers that the creative journey is always riddled with setbacks.

According to Slavin, the team wanted a strong story that would be a good candidate for a short film and the book had a very relatable universal story about the struggle to create something. “Our objective was always to create a short that would give our creative team a chance to show what they can do,” she says.” If it becomes something else’s in the future like a series, then that would be lovely, but it wasn’t the objective.”

Selznick, who teamed up with writing partner John van Bruggen on the project, says she loves the beautiful look of the film, its lovely designs by Jaewoo Kim and Lillian Chan and locations that evoke an idealized downtown Toronto neighborhood, as sketched by designer Scott Caple. “To create the warm golden hour atmosphere of our film, art director Yaleh Paxton-Harding worked closely with our texture artists and lighters,” says Selznick. “We were inspired by hand-made stop motion, and by such films as Room on a Broom, The Gruffalo and Revolting Rhymes, all from Magic Light Pictures. We made sure our models, both sets and characters, were ‘wonkified’. That’s a term we coined for our process of adding slight distortions and uneven planes, so shapes looked as though they were made by hand.”

The director says the animation, which was all produced at Nelvana’s Toronto facilities, was done all on 2s (each drawing is held for two frames) for a charming stop-motion feeling. “That’s not something that you usually see in CG animation,” she notes. “Some of my favorite moments in the film include the Girl and her architect Mom in a split-screen setup, both humming, while they work on their separate projects. I also love the magical ‘Create-O-Vision’ moments. Screenwriter John van Bruggen came up with something called Create-O- Vision to visualize our Girl finding her inspiration. I also love the moments when the Girl’s doubts are visualized as she struggles to make something that just does not work.”

She adds, “Of course, I’m delighted with the performances of our wonderful voice cast, including Whoopi Goldberg as our Narrator, Lilly Bartlam as the Girl, Alison Pill as Mom, and Tony Daniels as Girl’s hilarious pal Dog.”

Overall, about 150 people worked on the film at various stages. The production began with a small team of five and expanded as needed. The teams used a variety of animation and vfx tools used on the show including Photoshop, Toon Boom Storyboard Pro, Premier Pro (editing), Zbrush, Mudbox, Maya’s Xgen (for fur and hair), Maya (for previs), Maya (CG animation), Nuke (compositing), Arnold (lighting and rendering) and Toon Boom Harmony (general effects).

Looking back at the experience, Selznick says adapting a book to film is a specific type of challenge unlike creating an original story. “Our goal was to stay true to Ashley’s book and give it new life as a 22-minute short,” she explains. “I think a director is only as good as the team you work with. When the process is working, we all elevate each other to make the best film we can.”

As the film begins its run on the festival circuit this fall, Selznick hopes audiences of all ages will recognize that the creative process is not a straight-ahead thing. “It involves a lot of trial and error and the willingness to fail, and then to persist, and above all, to trust yourself,” she points out. “I also hope that our audiences will understand the essence of magnificence. Something truly magnificent is not always the biggest or the grandest thing. Something magnificent can be a simple thing that you make for a friend who needs it.”

“The creative process involves a lot of trial and error and the willingness to fail, and then to persist, and above all, to trust yourself.”
– Director Arna Selznick 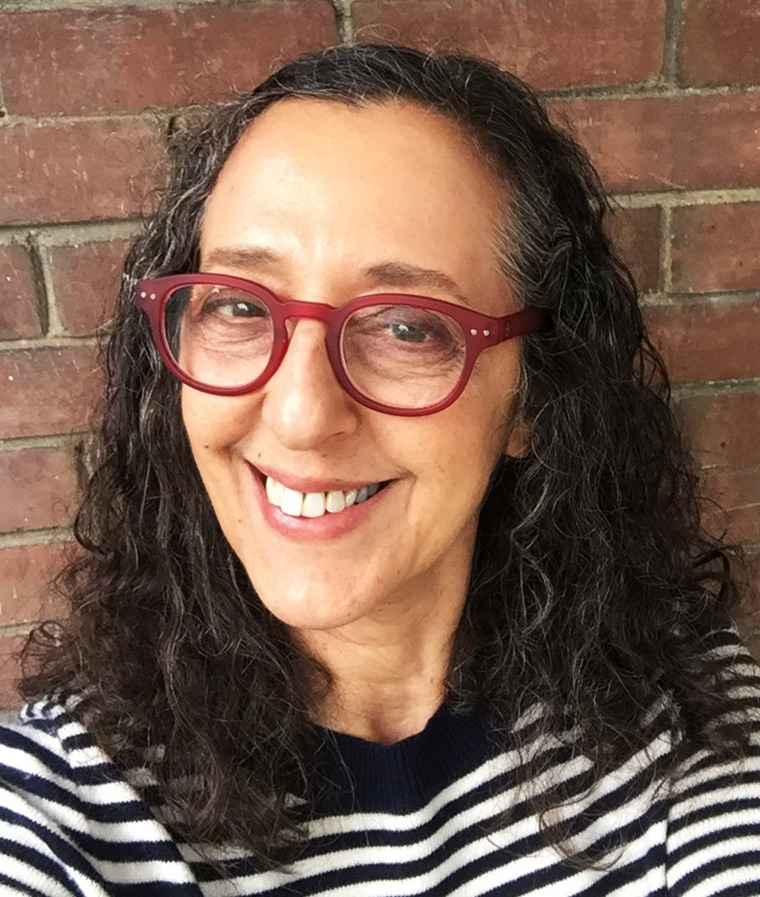 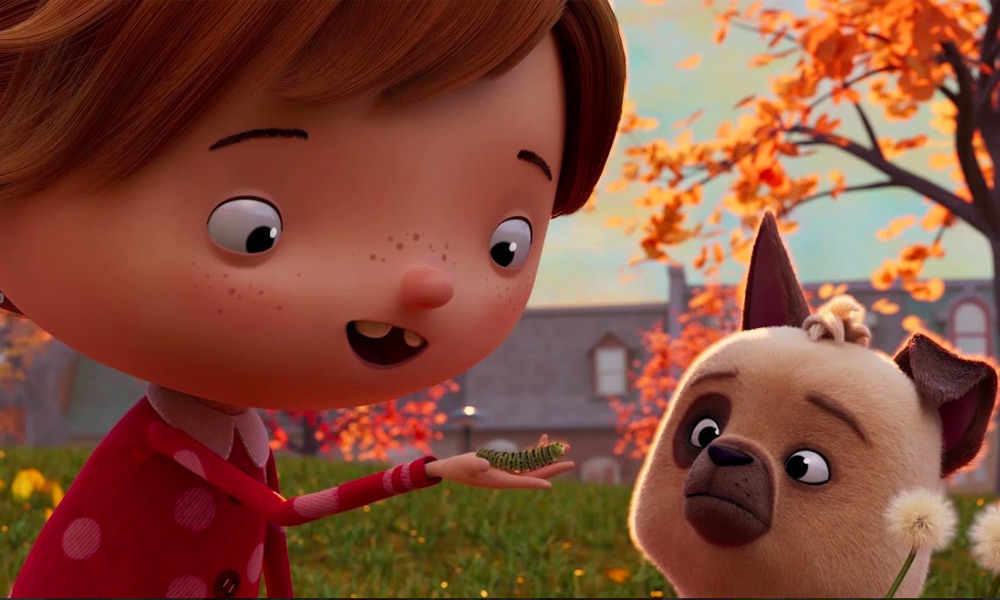