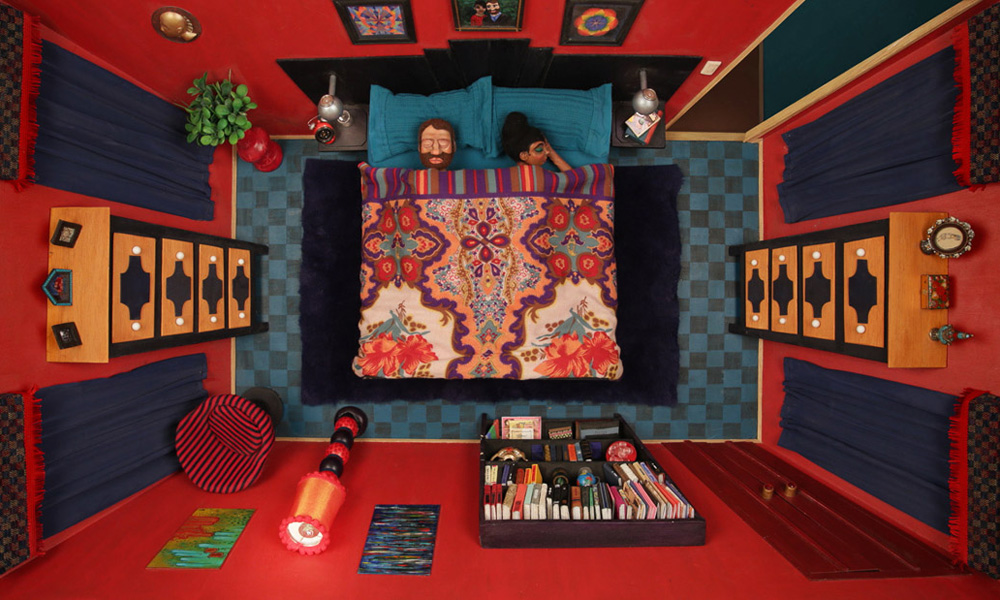 Stop-motion dark comedy Under Covers is the latest animated treat to debut as a Vimeo Staff Pick Premiere, launching for free streaming on the platform this week. The film, which had its world premiere at Sundance 2019, was created by Michaela Olsen, Creative Director & Partner of award-winning creative studio Mighty Oak.

Under Covers takes place on the night of a lunar eclipse. In a series of vignettes, we uncover the sweet, salacious, and spooky secrets of a small town. From a pigtailed psychopath to naughty nuns and everything in between, this stop motion animated film conjures a comforting thought: that weird is relative.

Under Covers from Mighty Oak on Vimeo.

The film showcases the creativity, precision and out-of-the box execution of the woman-owned creative studio Mighty Oak. The sets were uniquely built in forced perspective to fully immerse the audience in each environment. Every character and detail was crafted by hand, including a bear skin rug, a tiny dollhouse, stained glass windows and real taxidermied insects.

The original concept for Under Covers was inspired by a book Olsen created as a student at the Rhode Island School for Design (RISD), called Sleepcrets. The film was created over six years, between taking on freelance projects and joining Mighty Oak as a partner with Jess Peterson and Emily Collins. As a studio, they finished production of the film and teamed with the Brooklyn-based animation collective Cartuna, who served as executive producers and led the film’s distribution efforts. Composer Jade Shames created unique soundtracks for each vignette.

“I’m fascinated by the lives people lead when they think nobody’s looking. The way we present ourselves to the world often contradicts who we are on the inside,” said Olsend. “So, we meet the sleepy characters in Under Covers at their most vulnerable, giving us access to all their secrets — whether those secrets are harmless and adorable or 100% deranged. These puppets are down to show you their true selves, inviting you to dance naked under the moon with them.”