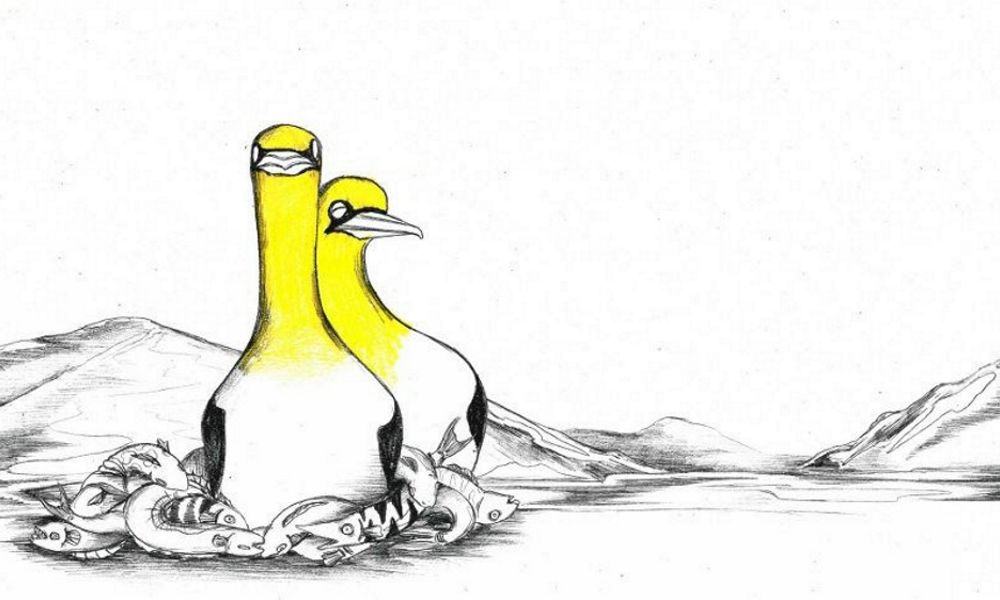 If you’re working through some post-Valentine’s Day ennui, a newly launched short online may offer just the respite you seek. Based on a strange and heartbreaking true story, Natasza Cetner’s Nigel made its ‘net premiere in full this week on Short of the Week.

The short is inspired by the real-life “Nigel,” a lonely gannet living on Mana Island, New Zealand, who fell hopelessly in love with a concrete statue meant to attract his species to the site. His tale of idealisation and delusion, animated for Cetner’s Royal College of Art (U.K.) graduation project, reflects our own human misconceptions in love.

The story of “Nigel the Lonely Gannet” was a viral sensation which came to a mournful close when the gannet was found dead in February 2018, next to the statue that had ensnared his heart. The decoys had been set up on the island in the 1980s and, in 40 years, Nigel was the only gannet to make a life there as a tragic, feathered Pygmalion.

Natasza Cetner is a Polish animator and illustrator who holds a BA in Animation from University of Westminster (2017) and an MA in Animation from RCA (2019). The director has explored a self-described fascination with “the absurdity of the world around us and the surreal” in previous films Baraa (2018), Nero (2017), Three Tales from Alexandria (2016) and Dreamcaught (2015).