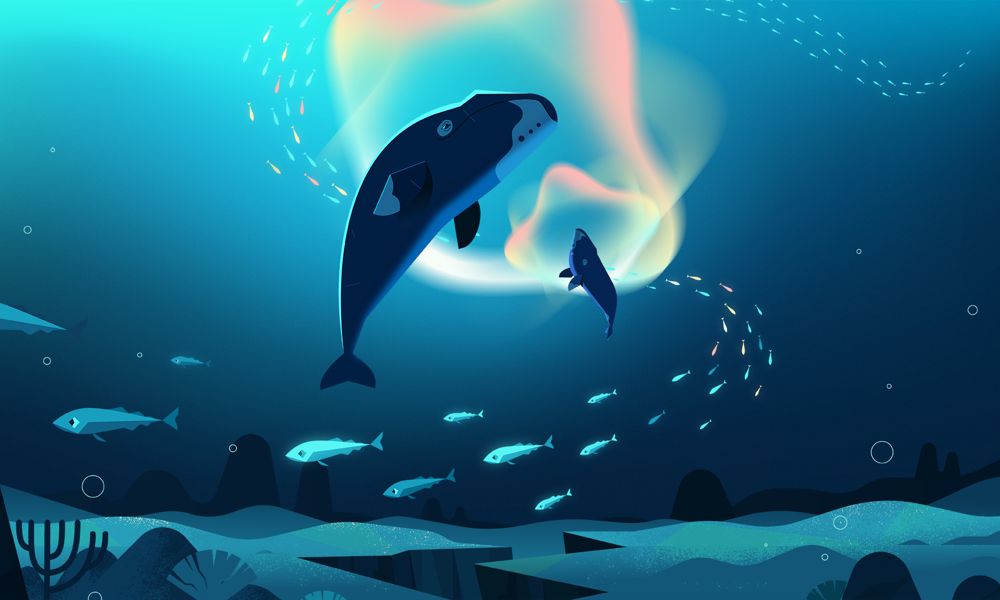 The plight of marine mammals subject to human-induced noise pollution in the Arctic Ocean, particularly bowhead whales, is depicted in a moving new spot created and produced by Vancouver-based animation and design studio Linetest.

Titled Less Noise, More Life, the piece debuted on February 20, World Whale Day, on the website of the WWF Arctic Programme at arcticwwf.org. It launches just as a new study on the impact of ocean noise, recently published in the journal Science, has generated headlines around the world.

Providing the voiceover for the 90-second spot is actress and activist Tantoo Cardinal, one of the most recognized and revered Cree/Métis actresses in Canada. Viewers are urged to share the film on their social channels with the hashtags #LessNoiseMoreLife and #WorldWhaleDay, and to follow the WWF Arctic Programme on Twitter (@WWF_Arctic) and Instagram (@wwf_arctic) to learn more about this issue.

Hao Chen, Creative Director of Linetest, notes that WWF turned to the studio not only for the production but to help develop the script as well. They handed over reams of data and background information on the impact of noise on whales, “and from there we started forming the story that would follow the whales’ lives,” he explains. “There’s always a close collaboration with our clients, and that was no different on this project. Not only was that the case between our studio and WWF, but among our team as well. I wanted to make sure the spot was accurate and hit all the right emotional beats.”

The studio’s brief was to build an engaging, story-driven film that would help raise awareness of the problem and keep the next generation of these great mammals safe from underwater noise. The film needed to point out that the issue has an impact on Indigenous peoples and cultures, too, particularly on the livelihoods of these communities that depend on a healthy ocean for subsistence.

“We gave Linetest a job of almost epic proportions,” says Leanne Clare, Sr. Manager of Communications for WWF’s Arctic Programme. “We asked for a beautiful animation about a concept most people have never even heard about. At the same time, we wanted the audience to connect emotionally to a bowhead whale and her calf over the course of 200 years, and to tell that story in a minute and a half.”

“We are absolutely thrilled with the result,” Clare continues. “It was really rewarding for us to partner with a creative studio that is as committed as we are to raising awareness about the threats of underwater noise in the Arctic.”

Data provided by WWF reveals the growth in shipping traffic in Arctic sea lanes and points out that, as sea ice recedes due to rapid climate change, more areas of the ocean are opening up to shipping, exacerbating an already dire situation. It is urging governments to band together to support additional research into the problem.

The camera opens on an Indigenous kayaker working his way through the water, and then moves below the surface, where a mother bowhead and her young calf are moving through the currents amidst schools of fish and vegetation. Backed by a lush, cinematic underscore, we at first hear what the whales hear in their habitat – assorted clicks, whistles, songs of marine life and the distinctive sharp sound of sea ice cracking. Cardinal’s voiceover sets the tone: “These were the natural sounds in the Arctic ocean for thousands of years. As industrialization moved into the Arctic, our piercing sounds of progress invaded their space.”

Above, on the surface, ships begin to appear, under sail at first, then powered by steam, increasing in size and number as the spot progresses and eventually joined by submarines. The mother whale and her calf appear increasingly frantic as they try to escape the constant din, while Cardinal’s narration explains that “within their incredible 200-year lifespan, bowhead whales have witnessed an overwhelming change. Now, this pollution is a threat to caring for their young, finding food and searching for a mate.”

Visually, the spot explores the vastness of its underwater setting using shades and tints of blue to convey a sense of atmosphere. The sound design was treated as its own character, and the color palette Chen and the designers chose were inspired by sonar imaging mixed with a hint of aurora borealis. Blurs and contrasts were used to contribute to the sense of motion, beyond the animation itself, which tapped a combination of illustrative 2D and 3D techniques to offer a fresh, clean style.

“WWF’s use of a more evocative motion design style was understandable, given how complex this story would have been to convey using live-action or full CG,” Chen says. “It’s a story about the past, present and future. And animation is just so flexible in this regard. They wanted a really beautiful piece that people would be drawn to, and we were able to do that in how we visualized the whale sounds and the impact of noise pollution.”

“There was a lot of sensitivity to the story,” adds Linetest Producer Zoe Coleman. “We wanted this to be very expressive, while still being accurate. This is, after all, a message of hope; unlike greenhouse gases, this is pollution with a solution. It’s a problem we more easily fix by doing things like slowing ocean traffic and altering routes.”

“This is the kind of work we love to do,” Chen concludes. “The opportunity to tackle an open brief with collaborative clients, while standing behind an important cause, made this assignment particularly meaningful. We always want to create something new with each project, and the team at WWF allowed us to do just that!” 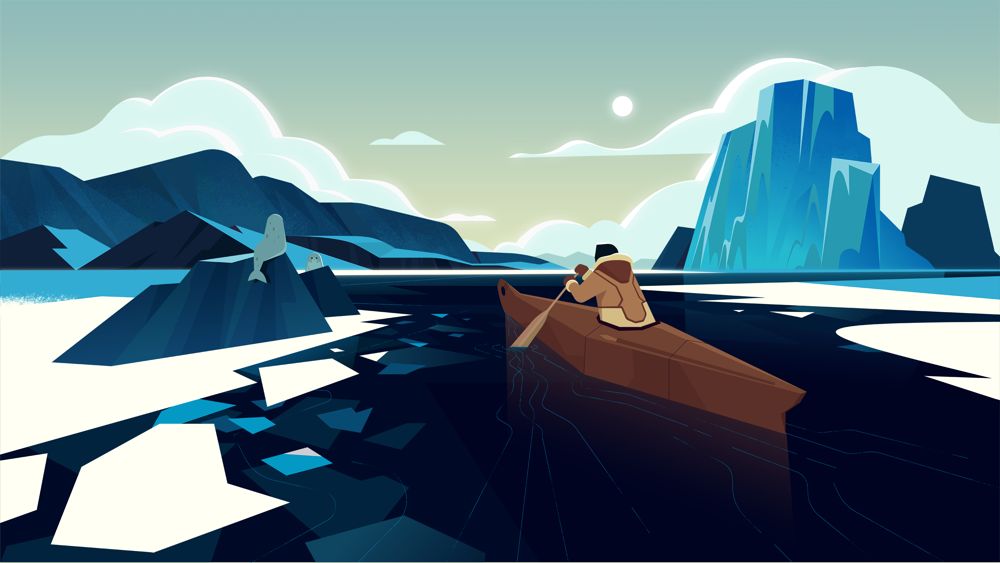